Radamel Falcao has smashed transfer records, goal scoring records and has a stack of trophies under his belt. To add to his already impressive résumé, the Colombian International has just become the latest hight-profile player to sign up to wear Puma football boots.

We grabbed a quick Q&A with the man himself to see how he was enjoying his new footwear! 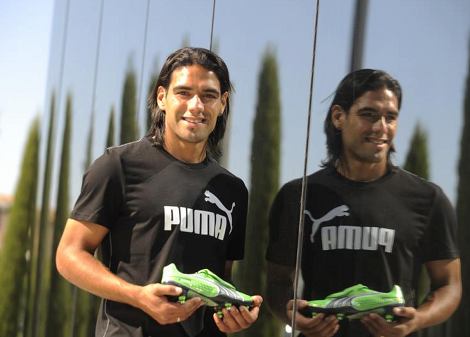 Q. How are you finding life in Madrid?

A. I have just arrived here a few weeks ago, so I’m not quite aware of everything that there is here but from what I have seen so far it’s amazing. It is a beautiful city.

There are also a lot of Colombians living here – I was told there are 300,000 just in Madrid alone. So for sure, besides football, I will try to make the most of my time here in Madrid, and I hope I am here for many years.

Q. What is your opinion of PUMA?

A. Since I was a child I always liked PUMA because of the logo. The cat. When I became a professional football player in Argentina, PUMA King was a really good boot, and at the same time the lifestyle part of the brand is very attractive to me, for someone who likes to dress fashionably and look good.

I am very happy to be with PUMA.

A. I have to be honest, amazing. The first time I wore them was three weeks before the game against Barcelona in the Camp Nou, but always in good conditions. Then suddenly when we arrived in Catalunya it was raining.

I had to wear my mixed sole boot for the first time ever on the pitch at the Nou Camp – and it was like I was playing barefoot, the boot was so comfortable. So I’m really excited to keep scoring and playing well for Atlético and I know these football boots are really going to help me. 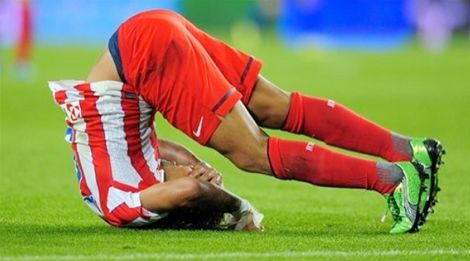 Q. What are your first impressions of Atlético Madrid?

A. It is one of the top teams in Spain and Europe. Yes there is Barcelona and Real Madrid, but I have found Atlético to be a very professional and organised club, and the fans are absolutely unbelievable, their passion and enthusiasm for the team makes the players so motivated. They are really the twelfth man of the team.

Q. Last season you set the all time record for goals in one European Competition, have you set yourself any particular targets for this season?

A. Firstly I want my team to be successful, and I will do what I can on the pitch to help them.

If I can score as many times as last season, even better. This is important to me, but the main objective is for the team to do well because only in a successful team can I be a successful player.

Q. What do you believe you can achieve at Atlético Madrid?

A. Our main objective for this season is to be in the top four, and achieve a Champions League place for next season. At the same time, we want to go as far as possible in the Europa League, Atlético is a big club and needs to be in the spotlight in these European competitions.

So we are very motivated to do well in this competition.

Q. You are being talked about as one of the best goal scorers in the world, how do you feel about this?

A. I am happy and honoured if people say that. Of course my job is to score goals, to get better results for my team and to help them win titles. As a striker, everyone asks me for goals, it is great if people recognise me as one of the best.

Q. Your transfer to Atlético Madrid was the most expensive in the club’s history, do you feel pressure to perform after such a large transfer fee?

A. A player should not be evaluated by the transfer fee that he cost a club, but by his performances on the pitch.

So, I am very happy that Atlético really invested in me and I want to return the faith they have shown in me by playing as well as I can. I don’t feel pressure because of the fee, I am more motivated to be successful.

Written By
Ramsay
More from Ramsay
The Azzuri once again team up with Puma for a striking retro-inspired...
Read More