West London Club Queen’s Park Rangers have finally tied down a permanent shirt sponsor deal for this season, though the difficulty faced by newly-promoted and lower league clubs to attract big-ticket sponsors could not be more apparent than in the terms of their new deal. 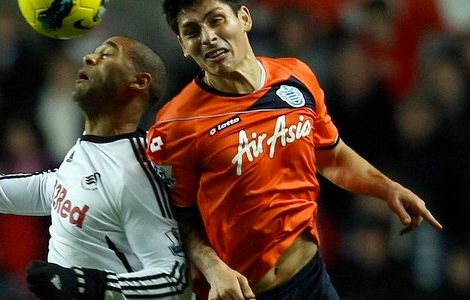 The Loftus Road club started life back in the English Premier League without a sponsor on their jerseys, until a deal with Malaysia Airlines was hammered out in September.

However, the deal only covered QPR’s home shirt, leaving club owner Tony Fernandes’ low-cost airline Air Asia to sponsor the away kit on a short-term deal.

It has new been confirmed that Air Asia will become the official Away Kit Sponsor for the remainder of the season, completing a one-year deal at the end of the 2011-12 season and worth a reported £350,000.

The relatively short length of the deal, as well as the fact that their logo will only appear on the away shirt underlines the compromises that many clubs are facing to attract marquee shirt sponsors.

Similar issues were faced last season Championship side Middlesbrough, who offered sponsorship of their home-kits on a month-by-month basis, Tottenham Hotspur had different sponsors for domestic and European games and Aston Villa lost sponsor FxPro one year into a three year deal.

Would having multiple sponsors at your club bother you?

Or do you not mind, as long as it brings in the cash?

Get involved in the comments!

Written By
Ramsay
More from Ramsay
Here's what NUFC will be donning on their away trips this season...
Read More