Football fans who enjoy marvelling at the latest equipment would have been excused for turning their eye towards a different sport when the England Rugby beat Argentina at Twickenham by 16 points to 9. 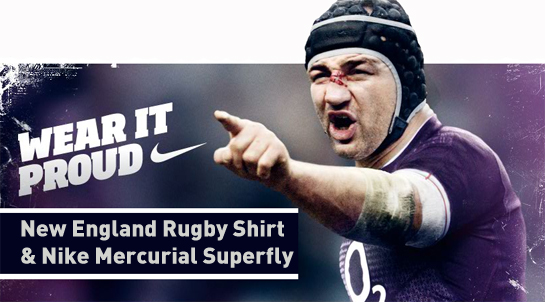 England beat the Pumas, but it was the arrival of their special Purple Rugby shirts and some seriously cool football boots that stole the show.

Ugo Monye, the Harlequins winger / full back, was the man charged with wearing the Superfly which was one of only 70 that have been manufactured. Each boot has been handmade in Italy and individually numbered from 1 to 70. The white boot with purple Nike swoosh carried the message ‘Wear it Proud’, whilst the tongue carried his name. 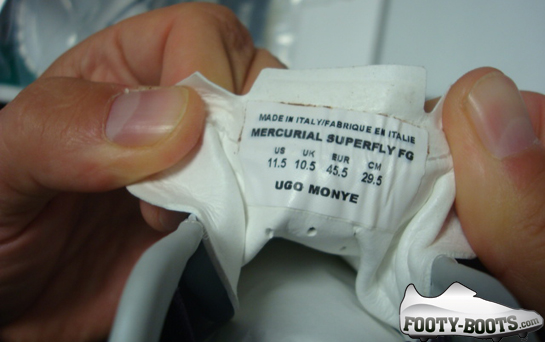 The Mercurial Superfly is an ultra light boot, weighing a mere 185 grams (for a UK Size 8), and is manufactured using Nike’s other innovation, Flywire technology.

Flywire is the technology designed to make a boot stronger without sacrificing weight. The essence of Flywire is to utilise high-strength threads that act like cables on a suspension bridge, which give lots of support precisely where it’s needed. The strength of Nike’s Flywire technology is created through the specific placement of these threads across the upper of the football boot.

With added feedback from Nike’s stable of athletes, Nike has also improved the soleplate for this year’s Mercurial Vapor. Nike then kept the carbon-fiber sole plate from the Mercurial Vapor SL to again make the Nike Superfly football boot even lighter. 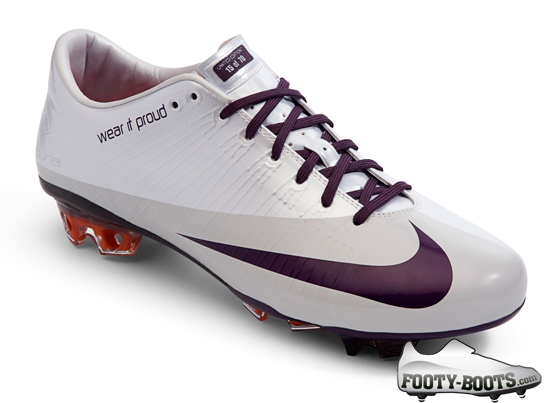 The purple change kit and now the white and purple boots are associated with the iconic track jacket and all things England Rugby. It is a privilege to wear purple and I can’t wait to play in the boots on match day. 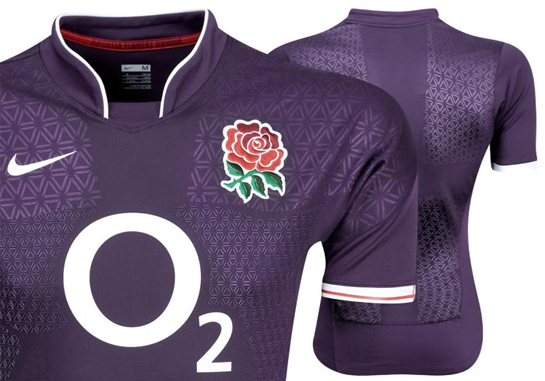 For the new England Rugby shirt, Nike and the RFU collaborated on a new design, drawing on inspiration from the purple track jacket that was awarded to players called up to represent the England squads in the 70’s, 80’s and 90’s.

The innovation and technology in the new change kit mirrors that of the latest white home kit which, weighing in 27% lighter than in previous seasons, is designed to give the England team every possible advantage on the pitch.

Tight fitting rugby apparel was introduced by Nike in 2003 in a bid to help reduce the opportunity to be tackled via the shirt. Rate it:

Written By
Felipe
More from Felipe
It's the last Oh Kay of 2008. Righto, you can stop cheering...
Read More