The PUMA v1.10 is a boot that knows how to make an entrance. After making it’s bow in a startling yellow colourway exactly a month ago it’s still a point of contention everywhere.

From the Premier League – where Nicolas Anelka has been on blistering form in the v1.10 but Peter Crouch is yet to make the switch from the .08’s; to the Footy Boots community – where comments range from ‘sickest cleat ever’ to ‘what were PUMA thinking?. 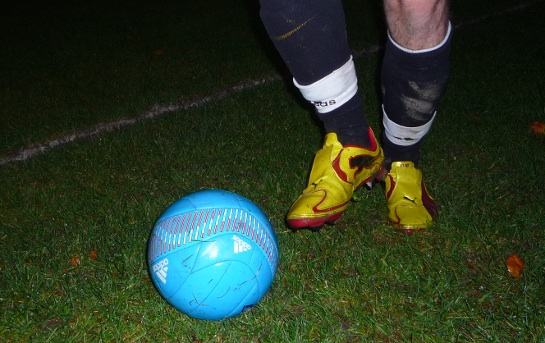 So which is it? Well, lets put it like this. Every new boot has two major talking points. What it looks like and how it performs. We gave the v1.10 a hard time on the former but fair’s fair. On the latter, this is a serious contender.

After the ankle destroying endurance tests that were synonymous with wearing the v1.06 and v1.08 for the first time, I was wary of giving the v1.10 a run-out on a Sunday match with the boots only arriving on the Saturday. But wear them I did, and I was massively impressed. PUMA have finally started to get the fit right on their premier product.

For starters, whilst it doesn’t look like much of a change on first glance, the toe area has been reduced dramatically. Rather than the ‘too-roomy’ front end of the v1.08, the v1.10 has slimmed this area, down making a much welcome nod to the toe of the v1.06.

The heel has also had a revamp; PUMA’s ‘uni’ system seems to be following the trend that many boots have started taking- providing a snug fit that reduces friction by reducing the movement of the heel itself. 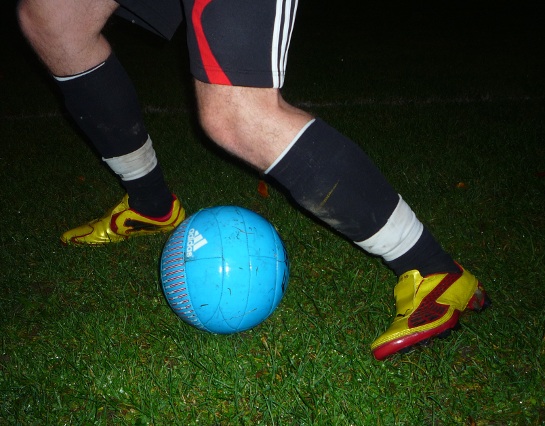 PUMA have taken some big gambles from a design standpoint on the v1.10. Whereas Nike and Lotto have favoured single-piece construction recently; PUMA have gone for a radical approach, with multiple components interacting to make the boot what it is.

Firstly, the v1.10 is one of the few boots to feature 2 materials in its upper. The toes and lace cover are made from a lightweight synthetic material (that bears very little similarity to leather, despite the product description claiming it to be synthetic leather). The closest comparison I can think of is the earliest model of the adidas F50 TUNiT, with a frictionless feel and thick cut to cover the laces. 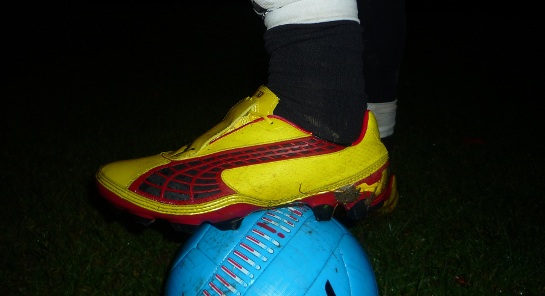 The positioning of the new synthetic works surprisingly well with the other material in the upper, the v1 series trademark micro-fibre canvas. Whilst the canvas has always been tough to rip from contact with studs and blades, I’ve always had an issue with the material rubbing away against a firm surface (like dry ground or an artificial pitch) especially on the toe area, where I drag it along the ground when stopping, turning and striking. So having the firmer synthetic material in the way completely removes this issue.

Despite these marked improvements I can’t help but feel there’s a little bit too much going on the v1.10 for its own good.

The 2 uppers, heel counter, sole plate, rubber ‘seams’ and huge plastic PUMA stripe are all held in place by a Herculean amount of stitching. Looking at the boot there are double and triple-seams running all over the place! This in truth probably means they’re going to be able to take a lot of grief – a bit like covering a jigsaw in duct tape – but compared to the elegance of boots like the Zhero Gravity Tre and Mercurial Vapor you’ve got to wonder if there was a better solution. 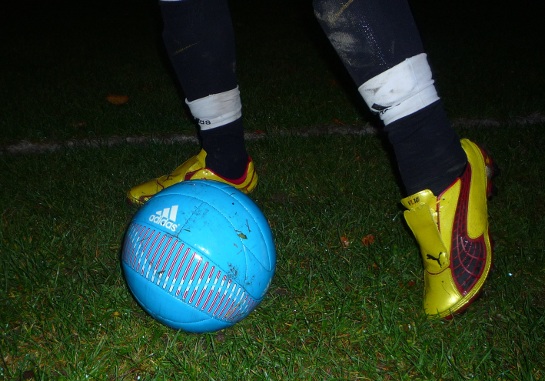 Once again, PUMA’s latest is proving a divisive boot, with a multitude of contrasts all over the upper.

Thankfully I think PUMA have struck a decent balance. The micro-fibre canvas is a lot more cushioned and giving than the laminate synthetic, making a it a great choice to line the instep. This area hugs the arches of your feet nicely giving you a great area to receive passes and control the ball mid bounce – and despite it not being a priority it’s also a pretty good area to distribute from.

The most noticeable change from the v1 series previous incarnations is the inclusion of a lace cover, which is pretty much as expected. The surface on the front of the boot is absolutely huge when compared to some other boots, and there’s a slight curve that hugs the top of your foot for a nice clean striking area. Similarly,'  the reduced width in the toe area gives a feeling of being much closer to the ball when skimming passes with the outside of the foot.

One complaint is the near-frictionless nature of that part of the upper. As the F50 line grew from the first TUNiT to the F50.9, adidas toiled away at improving the grip of the upper – and I think PUMA could have learnt from this. It would’ve been nice to see a more adhesive coating on the upper in the style of Nomis’ WetControl to help with controlling balls coming in from high, as the triangle pattern on this model isn’t quite up to scratch.

One indesputable factor on the PUMA v1.10 is the FG sole plate. Once again the carbon fibre shank makes a welcome return – as does the nearly unchanged stud configuration. Thankfully the rear blades have been shortened a little, which gives a more even feel when stood on flat ground. 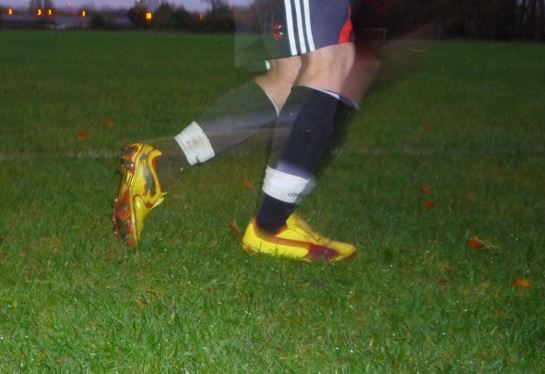 The v1.10 is a boot designed with the fleet-footed attacker in mind. Others need not apply.

Normally I’d like to recommend boots for certain positions and types of player, but the v1.10 is very specialized to the sorts of winger and striker that looks burn the defender and get it past the keeper. 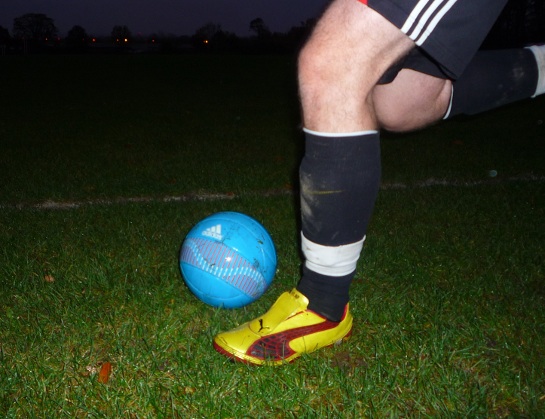 The good news for fans of the v1 series is there’s plenty to love here. There’s a mass of features ticking away under the skin of these boots that all work well – and PUMA have done a great job of refining the fit for this year’s model.

And for everyone else, if you can look past some (very) perplexing design decisions there’s a boot with a lot to offer. It’s like having some of the classy features of a new BMW and putting them in the chassis of a Ford Focus. A bright yellow one. Covered in stitching.

However, you might want to look it at like going to see Amy Winehouse in concert. Get past the look and you’ll love the performance.