As David Beckham collected his commemorative Gold Cap marking his 100th game for England on Wednesday night (the match against the USA was his 101st) wearing a special pair of embroidered Adidas Predator football boots, his potential heir apparent David Bentley was celebrating taking delivery of his new football boots, the V1.08 X-ray.

Following on from the launch of the v1.08 football boot collection in January at the African Cup of nations, Puma has introduced its latest design, the inspiration for which is the following mantra:

Wear your emotions on your sleeve! leave it all on the pitch! show your inside on the outside. Obviously, some Puma exec has been listening to The Vapors and ‘Turning Japanese’ just a bit too much.

The new v1.08 football boot features an X-ray skeleton of the Puma leaping cat logo on the medial side of the football boot and the skeletal outline of a foot on the insole. 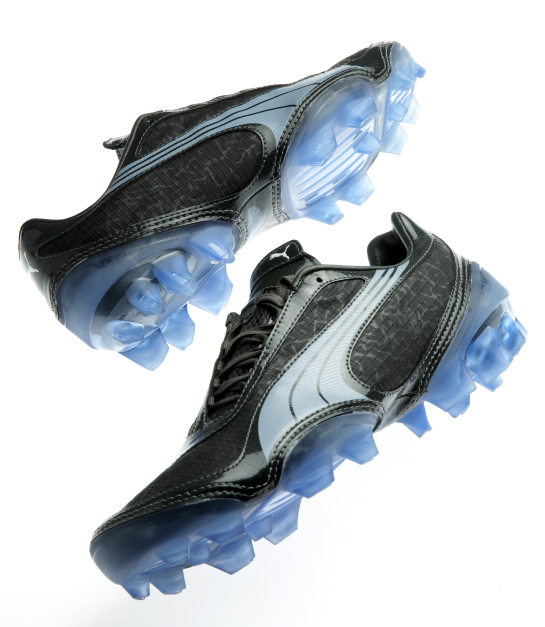 Launched in time for Euro 2008, it will be worn in Austria and Switzerland by the likes of Nicolas Anelka , Mario Gomez, Freddie Ljungberg, Gianluigi Buffon and Mauro Camoranesi.

Along with the X-ray logo, the new line also features vibrant color touches and creative details that are uniquely Puma and allow you to “show your inside on the outside” – though that might not be too bright if you’ve had a curry the night before a big game.

Other products like the Puma v1.08 ball and training shirt also feature the X-ray logo.

Similar to the football boot, details on the apparel and accessories include graphic references to the inside of the human anatomy with subtle messages related to football incorporated in the graphics.

“Puma Football continues to be different and stand out from the rest with its playful take on colour and design,” says Gavin Ivester, Puma’s General Manager of International Footwear. “At the 2006 World Cup, we had huge success with our green camo boot that looked like the grass on a pitch. In 2008, the skeleton details and bright colors of the v1.08 will again allow players and fans to show their passion for the game.” 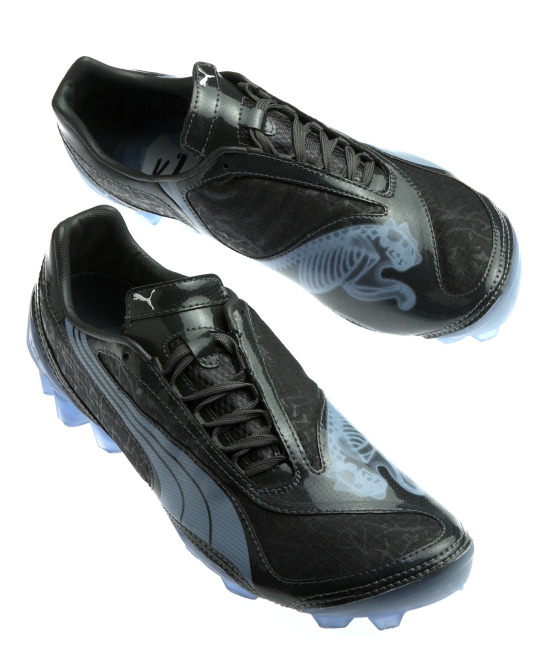 The new line will be supported by a new version of Puma’s popular “Until Then” ad campaign giving a glimpse of what football will look like in the year 2178 – which has Sir Alex still in charge at Old Trafford, Jose Mourinho telling anyone who’ll listen that he’ll be back at Chelsea one day and Dean Windass in his testimonial year at Hull City.

The new v1.08 design is available from retailers as from the end of May.

Written By
Felipe
More from Felipe
It's been a week of questions, some of them now answered. Will...
Read More