Despite being replaced by the v1.10 last month, it’s been interesting to see how many players have opted not to ‘upgrade’ just yet. 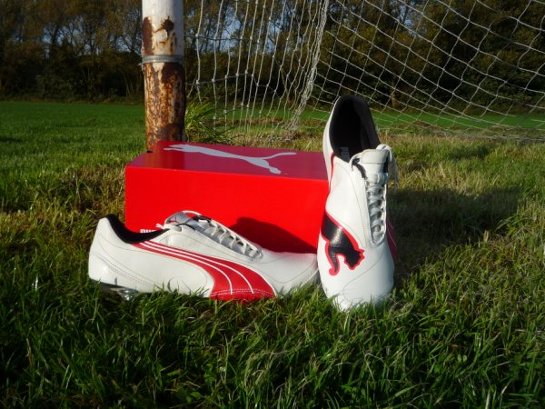 The v1.08 was a great success for PUMA, responsible for 65 goals in the Premier League last season on the feet of players like John Carew, Peter Crouch and golden boot winner Nicolas Anelka. Even Ashley Cole famously converted from adidas though he’s since moved on to Nike.

So what was it that made the v1.08 so special? This week, I’m looking at the K-leather incarnation, immediately after testing the v1.10 to see if I can see why certain players are sticking with their now-outdated models. 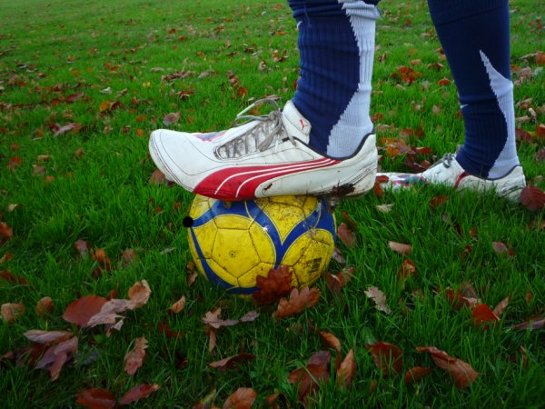 I’ve used the v1.08 countless times as an example of a boot that isn’t instantly ‘wearable’ – and I’m not about to do a u-turn on it for this review. Whilst the K-Leather version shows a definite improvement in the comfort of the upper, the heel does rub on the first few wears. If you’re planning on picking up a pair, make sure you follow all the advice you can get on wearing them in at this time of year, as the rain will only make the damage done to your heel even worse.

Another issue I had with the boot is the length of the studs on the SG model. PUMA have clearly looked to combine their knowledge of the running track with that of the classic 6-stud football boot, as these studs are like a hybrid of a running spike and a screw-in metal stud. If you’re not playing on really soft turf, you’re likely not to have the boot ‘sink in’ fully, as the studs are just that big.

All this means that if you’re not fully embedded in the turf, you can feel the boot flexing and bowing under your feet – it’s an odd sensation, and I didn’t feel like the boot was supporting me properly, which is exactly the opposite of what you want when you’re playing on soft ground.

One the upside; I do love what the rest of the boot has to offer. After the initial breaking in period, the heel holds your foot in place really well – which is massively impressive on a boot with such a low profile. Also, whilst the upper might not be what you’d expect from K-leather (it’s thinner, smoother and a bit more ‘papery’) it’s a snug fit to your foot, and provides a ‘grippy’ surface for contact with the ball. 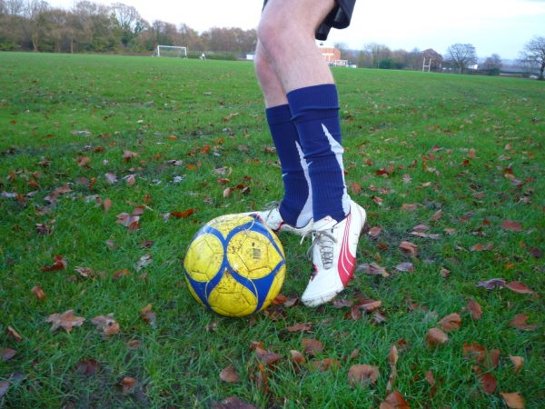 The v1.08 is a boot that has gained no end of durability in its switch to a full leather upper. Firstly, all that synthetic material that weaves its way across the canvas upper of the standard v1.08 has been replaced with a single consistant piece of K-leather.

Having tested these boots across October and the start of November I can vouch that these boots are consistently waterproof, even on some of the most quagmire-like pitches across Yorkshire. In addition to the this, there’s no discernible points of potential weakness across the boot.

Stitching has been kept to a minimum, and even when PUMA have deemed it necessary, the seams are often hidden in the folds of the boot – for example, the stitching down one side of the PUMA ‘Cat’ is nigh-on invisible. 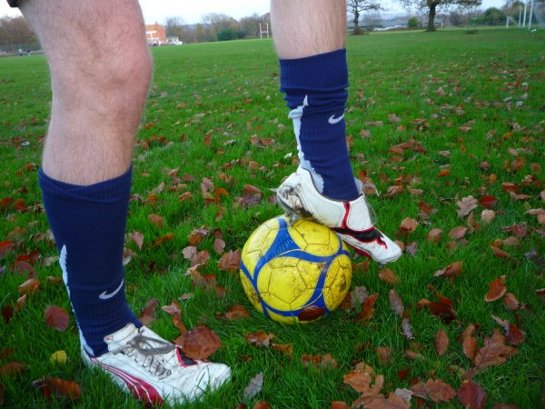 When it comes to contact with the ball, PUMA have done an excellent job with the lacing of the boot. The side offset lacing pulls the upper snug onto the top of your foot, which leaves an unparalleled area for getting your foot around a ball. With no gimmicks for more power or swerve the taught leather means this area is tailor-made if, like me, you like to really get your forefoot through a ball when crossing or taking a free kick.

The toe end of the boot is a little unusual. Personally, I found that the front end of the K-leather edition is a little too ‘roomy’. Considering that the boot is such a tight fit everywhere else it just seems a little odd that there’s so much room in this area of the boot. I didn’t mind it too much as I don’t tend to strike the ball with the tops of my toes too often, but I imagine that anyone who does might find it a little more difficult to get a proper contact.

Adding to this, the looser fit around the toe end makes playing the ball off the outside of the foot a little bit trickier, as the foot isn’t as close to the ball.

Dribbling with the ball is fantastic in the v1.08, their slightly ‘scooped’ shape is perfect for close control, helping give you the truest possible touch when raiding on and knocking the ball forward with the top of your foot. As I mentioned before, the tight leather upper is awesome for receiving passes and taking the sting out of driven crosses. One complaint would, again, be the studs. Being so big and cumbersome you can’t really ‘roll’ your foot over the top of the ball. So if you like changing lanes and pulling the ball under your feet – you might find it a little more difficult in the SG model.

The v1.08 K-leather is a boot that does an enormous amount right. The leather upper, whilst not being ‘traditional’ K-leather, works fantastically – waterproofing the teabag-like v1.08 for the winter season and bending and twisting with the boot. The lightweight construction and glove-like upper is exactly the sort of characteristics you might expect for a boot prefered by wingers and strikers.

Much like the Mizuno Wave Shinken II, I’ll happily recommend this boot for anyone that’s perhaps tried a ‘speed’ boot like Vapor V, or indeed the new v1.10 and found them a little too tight around the toes.

My real flaw with the v1.08’s is undoubtedly the massive studs – I think they’re a little bit intrusive when controlling or dribbling the ball with the underside of the boot, and when you’re standing still you can notice them ‘bowing’ in the centre of the boot.

But credit to PUMA, as the only issue I have is with the SG version. You shouldn’t have any such worries if you’re in a sunnier part of the world at the moment, or ply your trade on artificial turf. There will almost certainly be a price drop coming soon to the v1.08, so if you want a nearly weightless attackers boot that’s a little different (or a bit wider if you’ve got big feet) then you’ll definitely find something for your game in these boots.