After teasing it last week, we can finally reveal the football boot that brought Usain Bolt & Samuel Eto’o together – the Puma v1.10 SL Lightning! 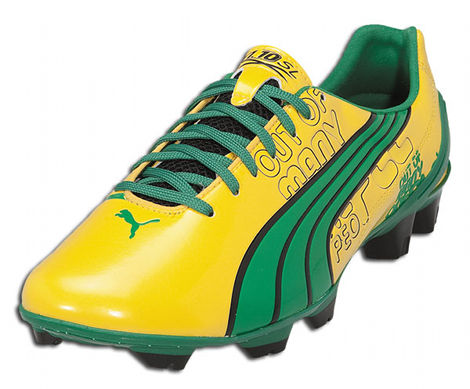 As you can see from the colour scheme, this Yellow/Black/Green speed machine draws it’s inspiration from the National Flag of Jamaica, native country of Puma-endorsee and World Record Holding sprinter Usain Bolt. 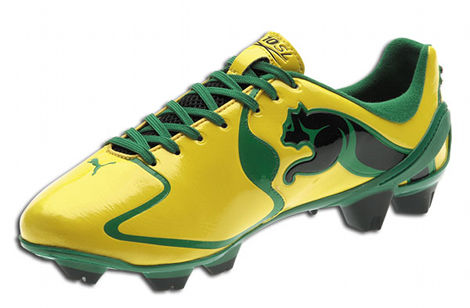 The boot certainly isn’t designed for the conspicuous, as the bold yellow and green colours will really make you stand out on the pitch! 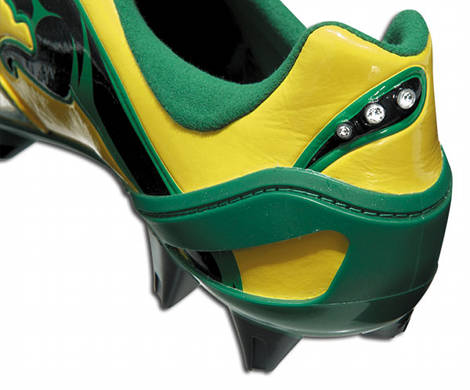 That’s not to say that the bold colours are the only thing to set the Puma v1.10 SL Lightning apart from the crowd! On each boot – on the tail of the Puma cat – there’s 3 faux diamonds embedded into the upper!

We’re gutted when we loose a stud out of our screw-ins here at Footy-Boots.com, so we can’t imagine how upset we’d be if we lost a Swarovski crystal out of our football boots! 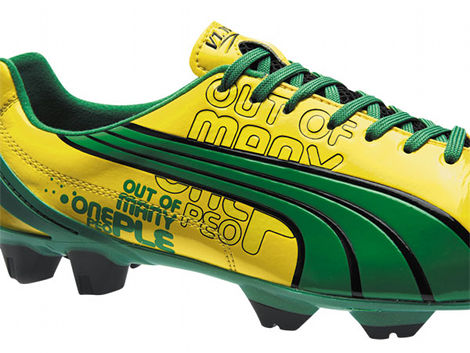 Another feature that really sets the Puma v1.10 SL Lightning apart from the crowd is the ‘Out of Many, One People’ graphic that runs up the outside of the boot; definitely a unique touch that you won’t see on any other football boots! 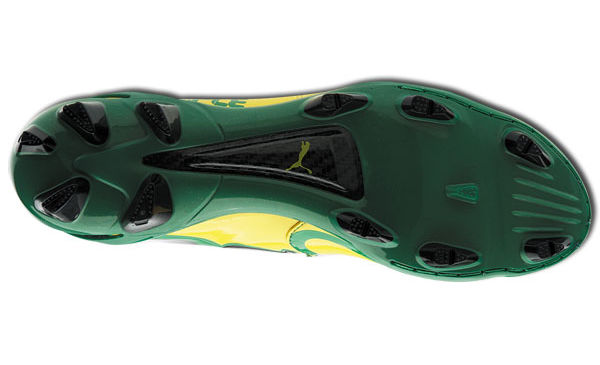 Puma say that the Puma v1.10 SL Lightning is influenced by track shoe design, and there are several design queues to back this up – firstly, the sole of the boot is designed to allow more flex around the toes, meaning an increased off-the-toe acceleration.

Sizing is also limited to only between 8-9 UK and 9-10 US, so make sure you’ve got the right size feet before you get too excited – and we have been warned that the Puma v1.10 SL do run quite small, so make sure you order the best size for you, even if it’s a size above what you’d usually order.

What do you think – hit up the boot-o-meter to let us know!

Written By
Kyle Elliot
More from Kyle Elliot
It's one of the most profitable matches in world football, but Welsh...
Read More