Puma have been splitting opinion over the last week or so with a series of boldly-design colourways – and the latest in the ‘Velocity’ speed football boots series is sure to continue that trend: The Puma v1.10 Kanji! 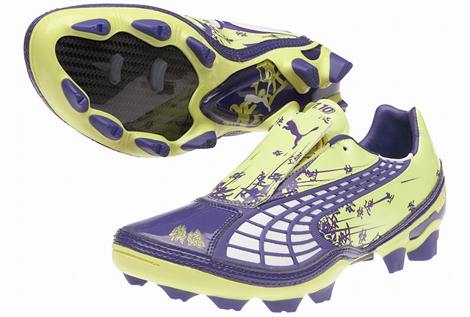 After the huge response to the Puma PowerCat Tokyo, it seems Puma are keen to seek further inspiration from the Far East; in the form of traditional Chinese characters used in Japanese writing.

For this colourway, Puma have aptly used the characters for ‘High Speed’ in their design, and accentuated the whole upper in ‘Fluo Lime’ and ‘Team Violet’ to give a highly visible appearance to their successful entry into the speed market. 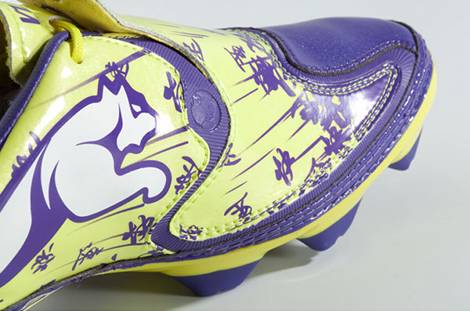 Speaking of the upper, it’ll be no surprise to find out that this design only comes on the synthetic version of the v1.10 – we can only imagine the trouble that the design team in Germany would have getting the Puma v1.10 Kanji‘s graphics onto K-Leather!

One feature that’s somewhat new to the series is the use of a further synthetic leather panelling on the outstep of the boot – covering an area that, on previous v1.10 models, is usually a synthetic microfibre canvas. 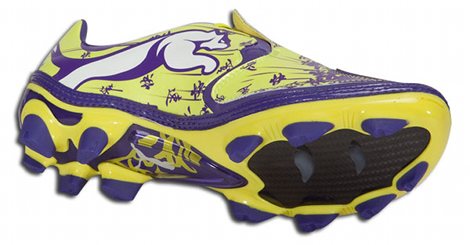 Our best guess is that the boosts these football boots resistance to water and increases their durability – as well as making the Kanji graphics easier to print on.

Whilst the upper is undoubtedly cool, our favourite feature is the way the design continues on the soleplate – specifically the characters in the background of the plastic section that starts in the midfoot and goes on to be part of Puma’s acclaimed Uni heel counter system. 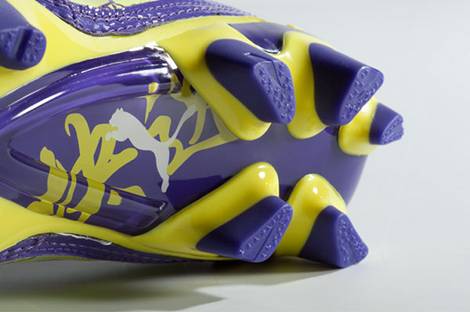 Don’t forget to drop a comment or use the boot-o-meter and tell us what you think of these killer cleats!

Written By
Kyle Elliot
More from Kyle Elliot
Carrick, Llanna and Caulker are the first Puma pro's to offer up...
Read More