Looking out the window, many players will notice that winter’s coming up a bit quicker than we’d all like it to.

So, if you’re an optimist like me and like to think about football as a game that’s best played on a field that looks more like a snooker table than a pitch, with glorious sun in the sky then you’ve probably gone and bought some firm ground football boots.

Odds are, then, you’ll turn up to a match one soggy weekend morning and realise that those FG’s aren’t gonna cut it until the ground dries up a bit. So you’re going to look at something with more traditional studs, but you don’t want to spend another 3-figure-sum on these as well.

So many players opt for ‘entry-level’ versions of popular football boots – things like the T90 Shoot, the Predator Absolado or in this case – the PUMA v-Kon III. 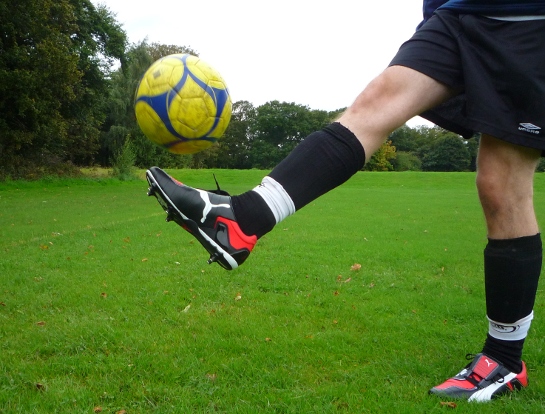 The v- Kon III’s are cleverly designed in the ‘fit’ area. Boasting a wide forefoot that leaves plenty of room for the toes and instep – which then narrows into a heel that’s held ridged by a fairly hefty heel counter – not entirely dissimilar to the design of Under Armour Dominate Pro’s. This all seems to be aided by the laces stopping much higher up the football boot than many other cleats, which could be handy if you have wide feet. So as I warned with the UA’s, consider trying on a pair before buying, as these boots were never designed to have a ‘glove-like’ fit.

One of the most immediate things I noticed when sprinting in the v-Kon’s was the stiffness of the leather that covers the upper of most of the boot'  (credit to PUMA for using leather on an entry level boot, by the way). The Upper seems to have been coated in a process similar to laminating – which makes it somewhat unforgiving on the first few wears causing a bit of rubbing with the socks.

After an initial ‘breaking-in’ period I felt the v-Kon’s became a much better football boot, with the treated leather eventually bending with the padded ‘strike zone’ (the ‘quilted’ looking area above the toes) which cleverly makes the leather bend where it needs to, but at the same time keeps it stern and waterproof in areas that other than the toes, adding protection.

So be warned, don’t buy these football boots on Saturday and think you can play in them on Sunday. 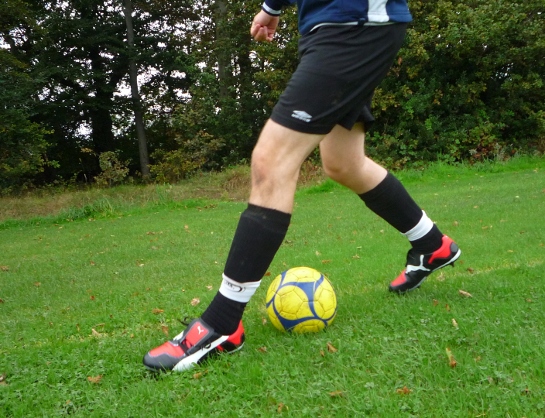 I certainly had a few reservations about the durability, especially the heel counter, simply because it’s one of the main features that doesn’t carry across from the fully-fledged v-Konstruckt III, but aside from not looking as good, I believe it does a fantastic job.

Looking at the boot from above you’ll notice the ‘finger-like’ protrusions on the counter actually form an ‘C’ shape that concentrates on keeping the heel of the foot safe and going some way to prevent your foot ‘rolling’ and twisting an ankle.

As mentioned before, the treated leather on the upper keeps the boot tough; Puma have obviously opted to have the leather stop on the upper toe and instep area in order to give the boot a broader scope of function. By this I mean by calling an area on the boot a ‘strike zone’ it prevents the boot being pigeon-holed as a defenders football boot.

Besides that, I think these boots are fantastically low-maintenance and one of the few football boots I can safely say are ‘built to last’. 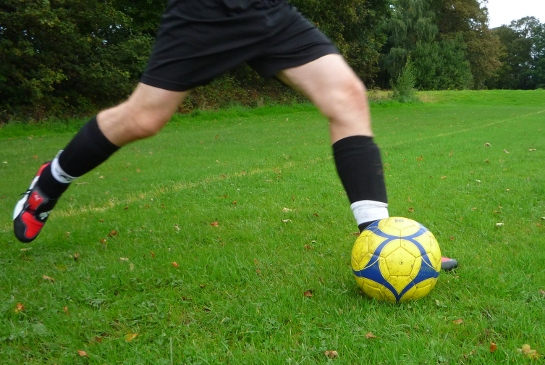 One thing that the v-Kon’s share in common with their big brother is PUMA’s ‘Duo Flex’ technology. This interesting design feature flexes with the toes as they bend when you’re running but ‘locks’ when any downward pressure is applied.

This feature is massively useful in a variety of situations – when going to ground with an attacker, as long as your foot’s in the right place on the ball, the opponent’s going to feel like he’s dribbled into a brick wall. Coupled with the wide fit and padded strike zone the Duo Flex can really enhance control of a ball coming in from height.

However, the v-Kon’s aren’t really a slick-trickster football boot. Their tank-like qualities are great for any situation that involves putting your foot through it (clearances, volleys, cross-field balls) but you won’t see players like Ronaldo and Ribery wearing them anytime soon. 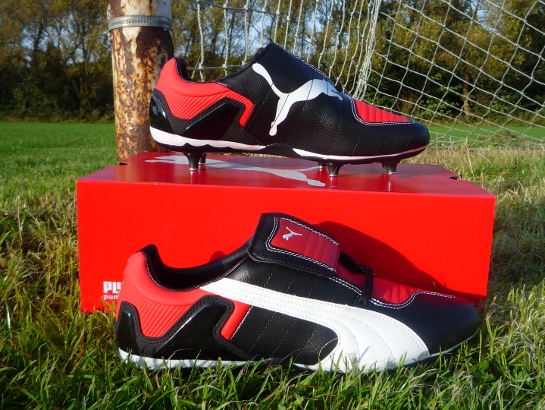 The v-Kon III’s are an interesting boot. Despite PUMA’s best efforts to make them more appealing to other positions, they’re clearly designed with the modern centre-back in mind; putting protection at the forefront of their agenda.

And do they do this successfully? Undoubtedly so – if at the expense of a little comfort.

The other interesting thing about testing an entry level boot is that they weren’t designed to be perfect, they’re designed to offer value for money.

Again do they do this? At 35 quid – nearly a third of the price of the v-Konstrukt III – again I’d have to say they do.

Despite a few gripes with the boot, if you’re a stonewall defender or goalkeeper looking for a football boot that’ll keep your feet safe and dry for the winter you’ll be hard pressed to find some that do the job for a better price. However, attacking midfielders and marauding wing backs might be left frustrated at the football boot’s compromise of ‘give’ in the upper for protection.

And, as long as you break them in properly, that’s pretty much the only thing you’ll have to do for them.

Written By
Felipe
More from Felipe
Amongst all the hype of the Nike Mercurial Vapor Superfly launch, Cristiano...
Read More