A World Cup is a chance for boot designers to turn heads, capture imaginations and state your dominance as a major power on the boot scene.

A World Cup in Brazil is an excuse to do all of the above, but in bright colours and in as visually-exciting a manner as possible. Grabbing that opportunity with both hands are PUMA.

Veterans at risk-taking when it comes to cleat design that would make others shirk in fear, the Big Cat have brought back the 'Tricks' moniker they've run for special edition since 2006 and applied it to the concept of two football boots for the summer's big tournament. 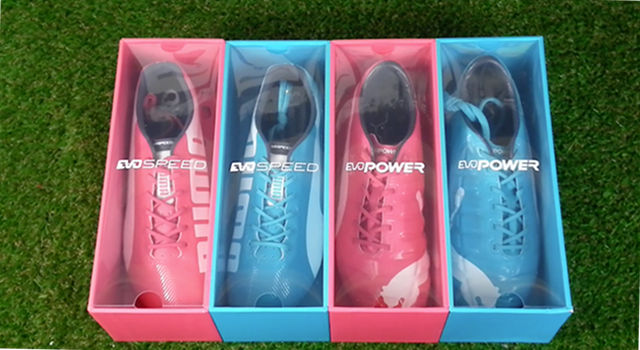 As you probably know by now; the big hook of the two PUMA Tricks boots for 2014 are each boot in the pair is a different colour.

On both the evoPOWER and evoSPEED, the right boot is pink, and the left a bright blue with white accents and branding. 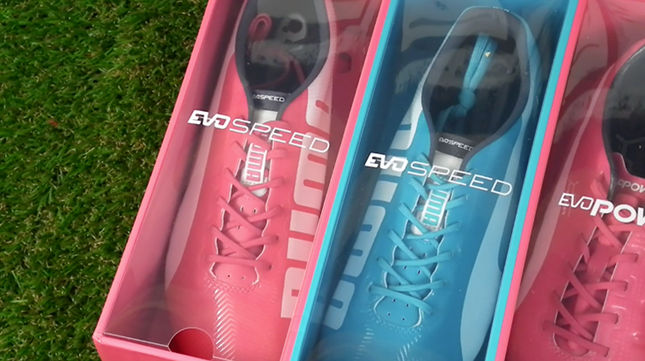 For the last six months, Puma have been calling on fans and players to €Start Believing', and these two-tone football boots are the culmination of that; players have believed over the course of the season, and now the fans will believe with them as they head into the World Cup.

With whole countries at their backs, these bold cleats represent the unshakeable confidence of players who have been selected for their national teams. 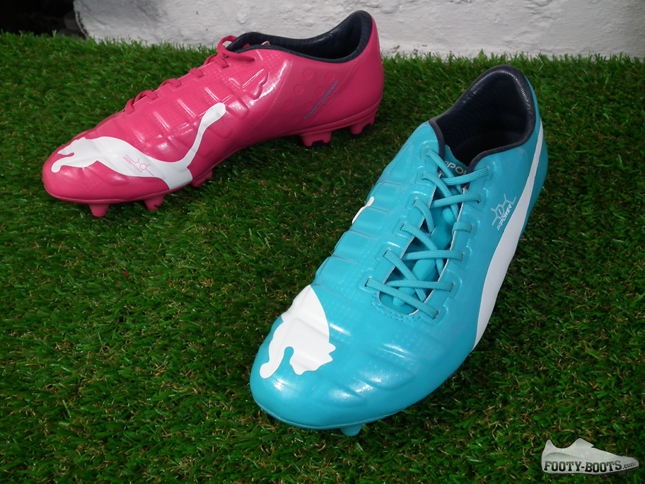 In less marketing-heavy terms, Puma are unashamedly looking to gain the sort of on-pitch visibility that Nike enjoyed with the Elite Series in 2010, hoping that the concept of contrast-coloured boots worn by their players gives them not only a real €pop' for people watching at home, but undoubtedly get a few pundits talking about players with €odd' boots on.

And in our opinion, we think they're well on their way to doing just that. The designers say that the two colours are not only sharply contrasting, but they're inspired by the World Cup host country; the bright blue of the azure seas and sky, and the Pink drawn from flowers and marketplaces in both jungles and towns. 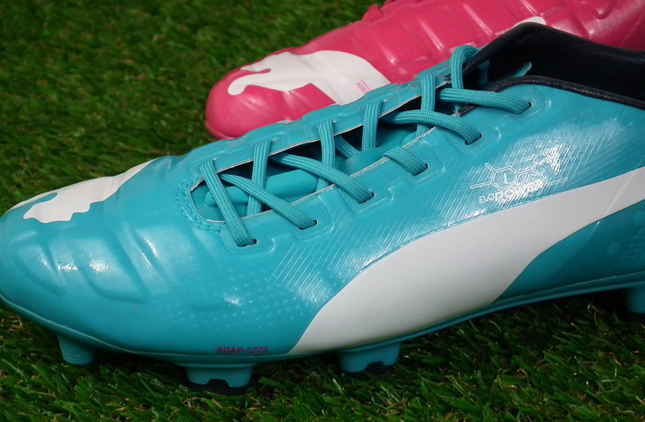 Visually, we love minor tweaks that have been made; the evoSPEED's entire upper is has a sublimated star graphic that calls back to the €Nature of Believing' campaign – the fact that Puma have carried through on such a long term-campaign and continued it on these boots really stands them apart to us, so kudos to the designers there.

The evoPOWER has a holographic finish mirroring the one-way stretch of the adap-lite upper, along with a really neat evoPOWER word mark on the heel liner which we're big fans of. 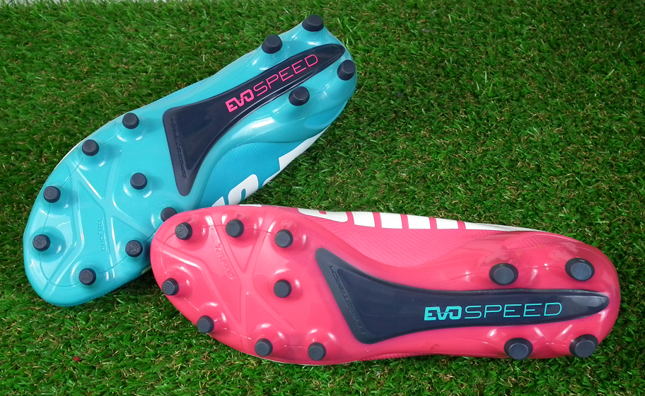 With a stable of players capable of lifting the trophy and supplying the kits of eight teams – just two less than Nike and one less than adidas – Puma could really cement the resurgence they've had since 2010 at this World Cup, and perhaps even go a step further.

Are Puma the brand to watch at this World Cup – and, perhaps more importantly, would you rock this two-colour look for your team this weekend?

Let us know in the comments! And be sure to hit-up Footy-Boots.com for all your latest news, reviews and insight into the latest footballing gear.

Written By
Kyle Elliot
More from Kyle Elliot
Nike prove they're the kings of class as they provide each member...
Read More