South African soccer had reason to celebrate today after it was announced that German sports brand Puma would be taking over as kit provider to the National team – after being sponsor-less since last month. 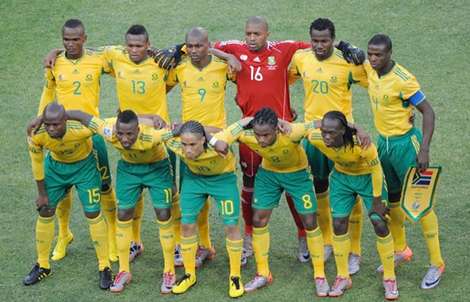 After negotiations between the South African Football Association (SAFA) and adidas collapsed late last year, Bafana Bafana have technically been without a shirt sponsor as 2011 has started, but it seems that Puma are very close to sealing a deal that would see them take Bafana Bafana from under adidas’ nose.

adidas had been South Africa’s football shirt sponsor for 12 years and after a successful World Cup for both parties, it seemed to be set that two would continue their partnership, but a very public fallout and misunderstandings over the use of South Africa ‘Protea’ badge saw negotiations over a new deal collapse.

Now, with a home game against Burkina Faso looming on February 9th, the SAFA have been spurred into action and have confirmed that negotiations are at a ‘Very Advanced Stage’, with President Leslie Sidibe confident enough to make the following statement:

“The preferred technical sponsor for the senior national team is Puma and negotiations are at an advanced stage, it is a very lucrative deal for South African football and all the other national teams. I can assure you that when Bafana play against Burkina Faso next month, they will be in the new Puma jerseys.”

Sedibe said the delay in announcing the new sponsors was caused by negotiations with the government around the use of the Protea logo on the Puma kit.

Relations between the South African FA and adidas had been under stress since revelations that the old SAFA regime, led by former president Molefi Oliphant, tried to cut costs and told adidas in 2009 that the replica South Africa shirt should no longer be produced with the Protea emblem. 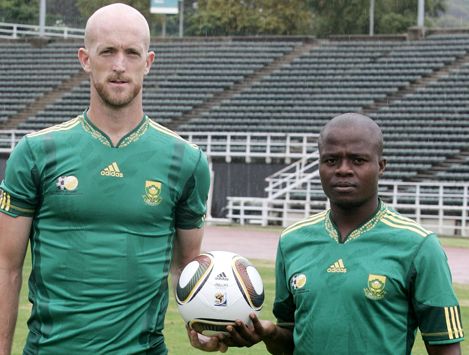 Note: The Proteas badge over the heart that you won’t find on most replica kits

A past deal saw the Department of Sport and Recreation receive around R100000 in royalties a year from the SAFA for using the Protea emblem, and Oliphant decided to do away with the national symbol.

SAFA President Kirsten Nematandani said at the time that the new leadership ĹĄ which came into office in September 2009 ĹĄ had inherited many decisions that were taken by their predecessors and the emblem debacle was one of them, “We have resolved the issues around the Protea and we now have a licence from the Department of Sport to put it in its rightful place on the front of the Bafana jersey. There are no problems now.”

adidas maintained a helpful stance across the whole affair, even offering to kit the National Team and Youth team for their upcoming matches regardless of not having any obligation to.

“We would have been willing to help in the interests of the country” said Gavin Cowley, Three Stripes marketing director, “We have just come from a fantastic World Cup last year and with an understanding of what it means to be professional.

“We decided against continuing with the contract on the basis of the negotiations breaking down. But that does not mean we would not have been willing to assist them.”


If this potential deal goes through, the result would be a huge coup for Puma, who already sponsor some of Africa’s biggest teams, including the Ivory Coast, Ghana and Egypt.

Puma’s World Cup advertising was focused entirely on the joy of African football and the happiness it brings to the continent as a whole, with a widely-celebrated ‘Love = Football’ campaign.

We reckon it’s a great move for Puma, and we’ll be very interested to see if they make South Africa their ‘flagship’ African team having just had such high-profile 2010. Not to mention we want to know what the new Puma South Africa shirt looks like!

What do you think of the move for Puma & the SAFA? Good for both or will one benefit more than the other – use the comments and let us know!