PUMA now reveals the EURO 2020 Austria shirt. The Das Team has a colourful combination that is inspired by the Art Nouveau movement that flourished in Vienna in the 2oth century, in addition to officially presenting the new official ÖFB shield.

The shirt is fully black with touches of teal, featuring a feather pattern with the artistic Art Nouveau style, occupying the front and sleeves. The new shield looks in all its splendor on the chest, accompanied by golden PUMA logos and an inscription on the back of the neck with the name of the country in German (Österreich). 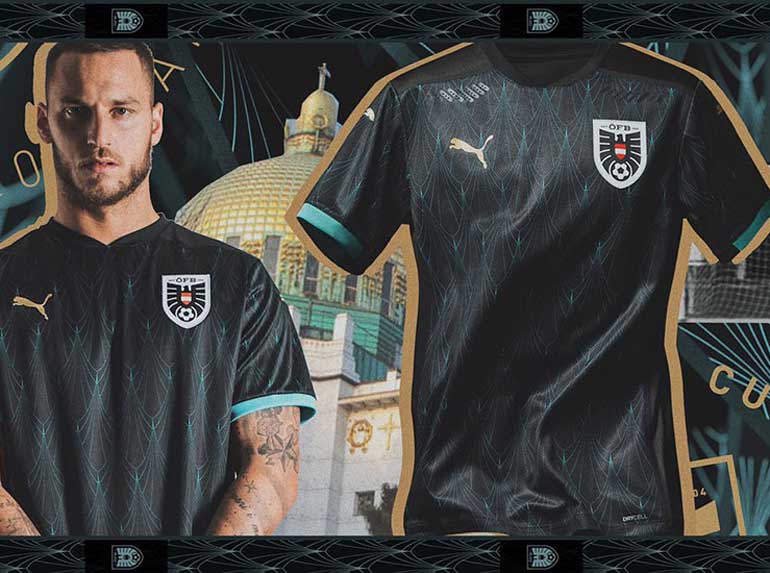 Mint shorts and socks (with black variants) complete the new Austrian alternative kit, which hopes to seal its EURO 2020 qualification in the next matches.