We know from our Far East football boots article last year that Puma have some strong ties with the Japanese game – something that’s perfectly demonstrated by their perfectly crafted Puma PowerCat J. 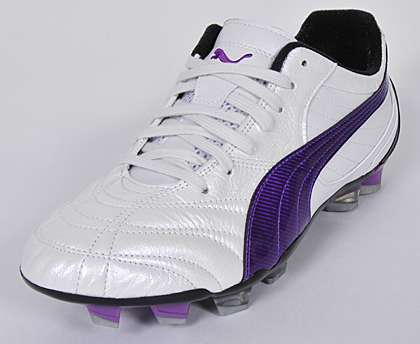 And after seeing this awesome White/Silver/Purple colourway, we knew we had to share them with you!

First of all, the colourway is absolutely fantastic! There’s plenty of football boots on the market that team a classic white leather upper with another colour – but this is one of the only times we can think of that colour being purple! 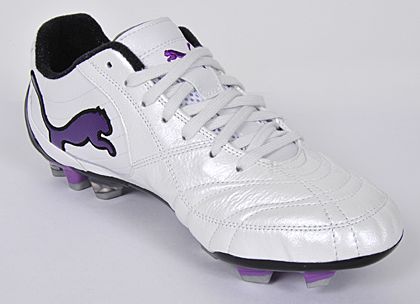 As well as having that unique colourway, we think the Puma PowerCat J – White/Silver/Purple are a cracking pair of football boots on their own, and there simply isn’t enough information on them outside of Asia.

Baring little similarity to the' Puma PowerCat we know and love, the' Puma PowerCat J is all about combining modern technology and production with classic football boots design, a bit like the Mizuno Supersonic Wave, or the Nike Tiempo Legend IV. 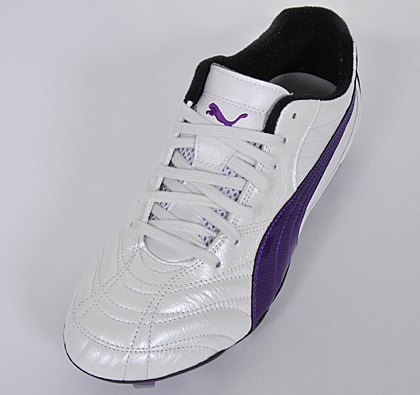 For starters, the' Puma PowerCat J packs a classic K-Leather upper, that’s much thinner than you might usually find on Puma football boots like the King – allowing you to pull that upper exceptionally close to your feet, for optimal feel on the ball.

This thin leather translates to a weight of only 263g, making them slightly lighter than the rest of the World’s PowerCat. 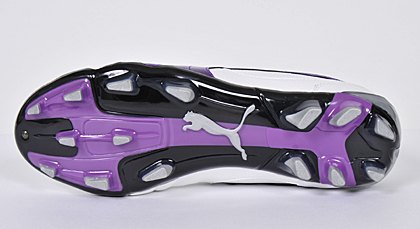 Interestingly, the upper is still more-or-less the same shape as the regular PowerCat. Whilst it doesn’t pack the shark-inspired fins, the 3D-PST (Power Shooting Technology) is still present, with the shape of the upper and last designed to offer the maximum power transference between foot and ball.

The rest of these football boots are much more ‘classic’ PowerCat. For instance the sole and heel counter of the' Puma PowerCat J pack the same ‘finger-shaped’ support system around the Achilles tendon and aggressively-styled stud system. 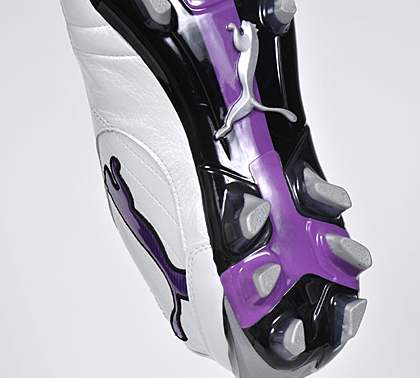 Whilst we’re unlikely to ever see the' Puma PowerCat J land on soils outside of Japan, we can certainly appreciate it’s attributes as a football boot – as well as this awesome colourway.

After seeing Michael Carrick, Phil Jones and Joey Barton all testing an unidentified Puma boot earlier in the summer, we’re hyped to see what Puma have to offer later in the year, perhaps it will take some cues from the Puma PowerCat J!

PUMA POWERCAT J – WHITE/SILVER/PURPLE, 8.1 out of 10 based on 31 ratings https://www.footy-boots.com/wp-content/uploads/2011/08/PUMA-POWERCAT-J-WHITE-SILVER-PURPLE.jpg