The successor to the v-Konstrukt line, PUMA unveiled the PowerCat nearly two weeks ago in a Black / White / Lime colourway.

New technology and new branding were evident as PUMA tried to intergrate engineering with comfort. Have they succeeded? This is what Kyle made of them….. 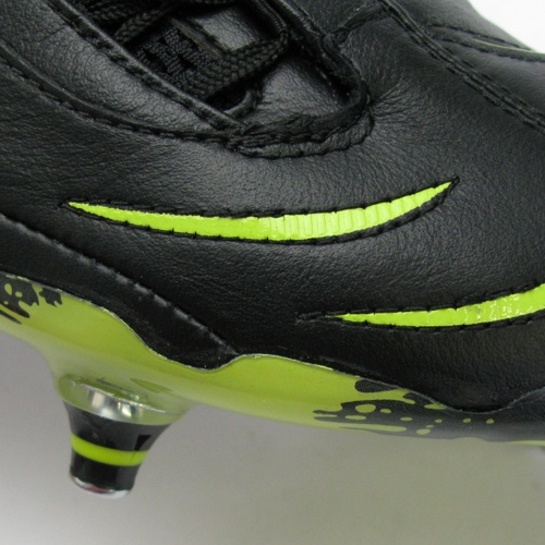 The v-Konstrukt range wasn’t world-renowned for offering its wearer a phenomenal fit, but if there’s one thing that the PowerCat brings to the table that its predecessor did not, it is that professional fit.

Having shifted the emphasis away from protection and durability, PUMA has run the off-centred lacing system further down the boot than the v-Konstrukt III, stopping at a similar distance down the foot to the T90 Laser III. This extra lacing gives a really satisfying, snug fit across the top of the boot. 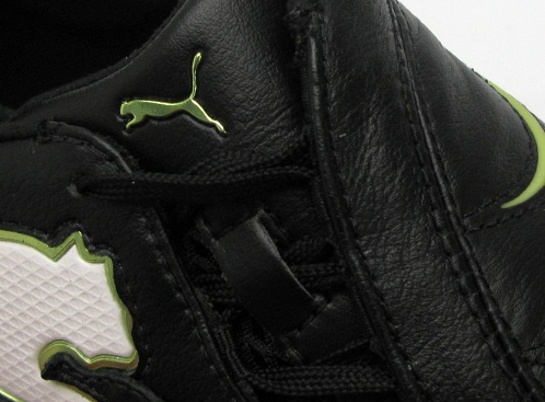 Much has been said of the wider fit of the boot in days after its release, but it’s not something that I felt was especially prevalent. This is partially due to the lacing running so far down the boot allowing for an adjustable fit, but mostly, I feel, for the design of the toe-end of the boot, which is a dead-ringer for the fondly-remembered v1.06!

Getting a team mate (who’s always found boots less accommodating to his wider feet) to try on the boot, he undid the optional top row of laces and found the boot just as accommodating as I had found it. The upper has a lot of give to it, as such, he found the boot to give a very sock-like fit, and didn’t feel the sole underneath to be too thin and unsupportive.

Comfort across the first couple of wears was also a big step forward for the range. As we mentioned in the v-Kon III test a few months ago, a combination of the loose fit, plastic shielding and treated leather made the boot stiff and unresponsive on the first few wears, which led to some rubbing on the outside of the foot and the ankle. PUMA put this improvement in wearability down to the new PowerLast system (an evolution of the AptoLast system); common sense however, would suggest it’s the super-soft leather upper and lack of plastic shielding on the outsole! 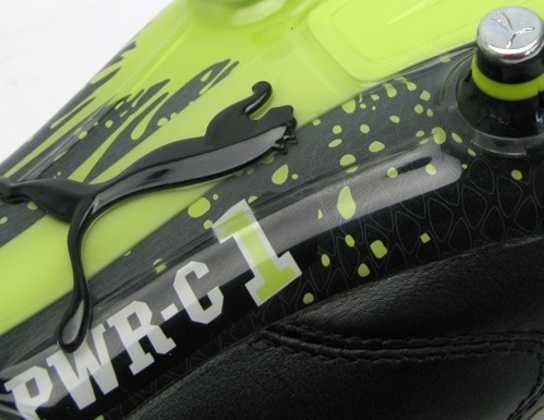 If there’s one aspect that you’d expect the PowerCat to fall a little short of its older siblings, it would be here. The v-Konstrukt II was aimed at giving players protection for their feet, and the v-Kon III was described as ‘Tank-Like’ by many. The PowerCat'  is billed as power over protection, and has lost that really solid feel from the line it replaced, instead fitting like a slightly looser v1.06.

That’s not to say the PowerCat is a slouch though. The leather upper might not offer too much protection against stamps and studs, but it certainly doesn’t feel like it will rip any time soon. Coupled with the fact that the boot is nice and waterproof, it will certainly stand up to the rigors of the game.

The heel counter has also had a bit of a trim, rather than wrapping round the heel and extending to the navilcular (The bone that sits in front of the ankle) it now extends from the soleplate, cups the heel and covers the very bottom of the Achilles tendon. 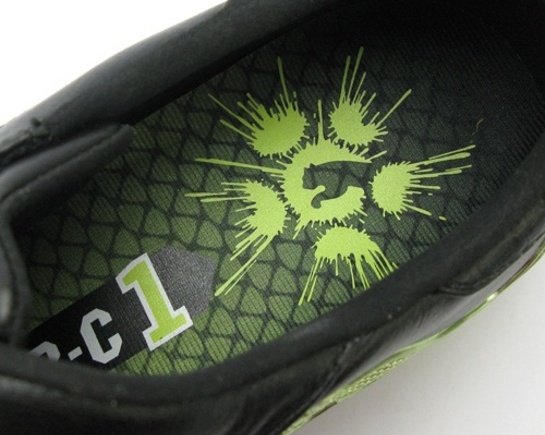 Playing in the PowerCat is a genuinely exciting experience, offering a combination of ideals that are rare to find. The boot is fantastically light for a ‘Power’ boot – especially a leather one. The upper is a touch thinner than the leather on the King XL, and gives a nice feel for the ball on the instep.

The 3D Power Shooting Technology (hereby abbreviated to 3D PST, for my fingers sake!) is a sharp contrast to the leather around it. Whereas the rest of the upper is soft and supple, the 3D PST is very firm – meaning a lapse in concentration can sometimes lead to the ball ricocheting of this firm surface, especially when taking a ball from height.

While on the subject of the 3D PST, this is the area that many people want to know: does it work? For once – I have to say yes, it does. The reason being is that it doesn’t claim to offer swerve, bend or accuracy; it says that if you hit the ball with this part of the foot you will get more power than you would with another boot. And the science is pretty simple, if you throw a ball onto a concrete floor it’ll bounce higher than it would off of a carpet. It’s very similar to the idea behind the CTR360’s PassPad, or even a really, really toned-down version of Concave’s choice of material.

The result is a nice big area (extended even further thanks to the offset lacing) down the front and instep of the boot, with these bizarre ‘steps’ of ridges down it, which feels very satisfying to hit the ball off – both for crossing and shooting. The odd step-like arrangement of these ‘gills’ is presumably so that the area doesn’t have to bend and crease unnaturally when the toes bend whilst running. 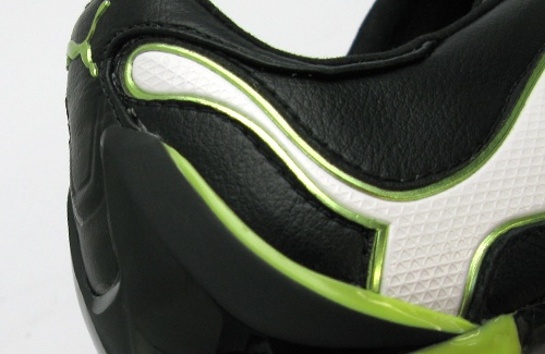 PUMA has taken a big gamble on the PowerCat – they’ve dropped their focus on player protection in an attempt to take a bite out of the huge Predator/Laser market share. But in doing so, they’ve created an unusual hybrid.

The boot has all the pedigree of a speed boot; the upper of the v1.06, the soleplate of the v1.10 and the lightest K-Leather this side of the Wave Shinken II.

They’ve intentionally dropped one of the best ‘power’ features of the v-Konstrukt line – the DuoFlex technology, which incidentally is similar to the Powerspine on the Predator_X.

But despite its unorthodox background, the PowerCat is a great boot. Light, comfortable straight out the box, and arguably the best-looking boot that PUMA has made since the King XL; the PowerCat has plenty going for it.'  The 3D PST might not be to some people’s tastes, but it is an effective alternative for those who miss the classic raised ‘rings’ of the T90 Laser range, or are disappointed at the ‘low-profile’ nature of the Predator_X’s swerve technology.

My only fear for this boot is that it will be dismissed as too lightweight by people who favour ‘Power’ boots, and get bypassed for the v1.10 by players looking for a PUMA speed boot.

Written By
Felipe
More from Felipe
UEFA reward the FA with a second UCL Final in three years...
Read More