Puma are once again pushing the boundaries of acceptable football boot design with their latest audacious creations – the Puma PowerCat Elektro! 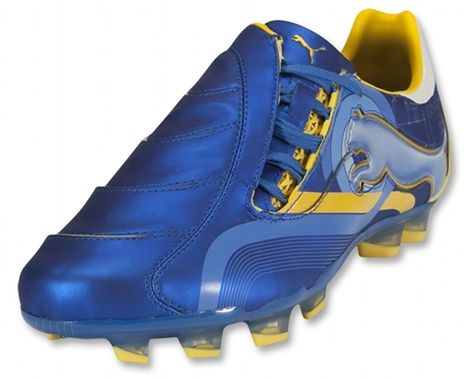 Officially styled in ‘SkyDiver/White/Dandelion’, we’re going to break protocol on this on and just refer to these barmy football boots as the Puma PowerCat Elektro!

The colourscheme itself is, indeed something to behold on it’s won, as the metallic SkyDiver blue is a perfect compliment to the Dandelion yellow sockliner and studs.

As well as the swirling lines of light blue and white across the outstep, there’s also a print of circuitry towards the heel counter and all over the sole, giving a surprisingly elegant marriage of stark robotic lines and organic swirls and circles.

Much like the Puma PowerCat Tokyo released earlier this month, these bypass the PowerCat’s usual itinerary of supersoft leather on the upper, in place of an easy-to-print-on synthetic. Whilst this particular writer always has a soft spot for leather football boots, there’s no doubt of the effectiveness of the metallic blue sheen on the synthetic, that would be otherwise impossible to achieve on a natural material. 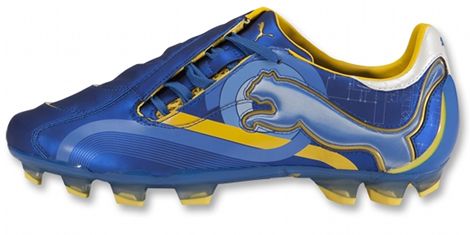 We saw plenty of top professionals such as Gianluigi Buffon and Bacary Sagna adopt the PowerCat Tokyo as their football boots of choice, in spite of (or perhaps, because of) it’s outrageous design, so we’ll be keeping a close eye on the pitches of the world during pre-season training to see if any key Puma wearers choose to light up the pitch in the Puma PowerCat Elektro!

We’ve got to say, Puma are really pushing the envelope of design with their PowerCat range of football boots, and whether you think the Puma PowerCat Elektro are eye-poppingly pleasing or an affront to sporting decency – you can’t help but admire the brave and bold attitude behind Puma’s sports-shoe-stylings. 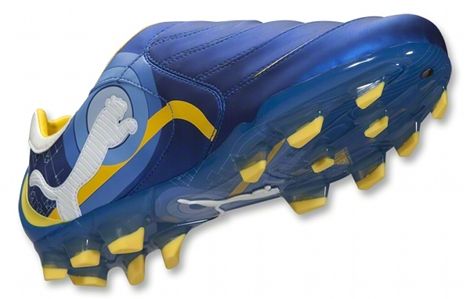 What do you think to this latest release from Puma?

Use the Boot-o-meter or drop us a comment below?

Written By
Kyle Elliot
More from Kyle Elliot
We separate the April Fools from the Spring Chickens after another heated...
Read More