After exploding onto the scene on the feet of Cesc Fabregas last year, Puma have upgraded the PowerCat 1.12 to a new designation – find out what comes with the change in name as we look at the Puma PowerCat 1 SL – Black / Green! 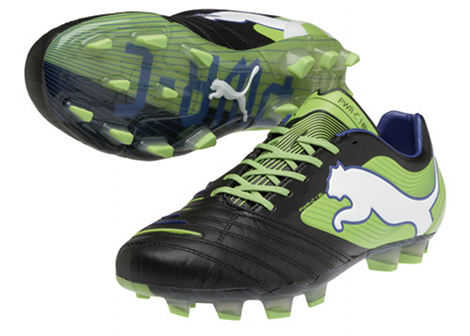 As Puma have done with many of their boots in the past, the Puma PowerCat 1 SL – Black / Green aren’t a ‘new’ PowerCat, per se, but along with a new name, the latest PWR-C1 does come with a slightly tweaked name.

Rather than the PowerCat 1.12, Puma’s signature Power/Control boots are now the PowerCat 1 SL  – giving the PowerCat a similar naming convention to the evoSPEED, and firmly placing the ‘SL’ model of the PowerCat that was brought in ahead of the Euros as the ‘top tier’ model in the range.

As well as a new name, the Puma PowerCat 1 SL – Black / Green is also the first to bring in a new aesthetic. Rather than ‘splitting’ the boot in two with colour, as with previous models, the new look offers a sharp ‘panel’ of colour through the lateral side and heel, with the Puma-signature ‘Big Cat’ retaining prode of place.

Sharp-eyed boot-spotters will also note the new-look Soleplate design – which has been tweaked slightly from the previous who ‘SL’ colourways. Puma have also re-branded their power range to powerCELL, to match the evoSPEED’s speedCELL and the upcoming King’s touchCELL.

Other than that, the same level of great performance has been retained for the SL: the applied PUMA 3D PST DUO Technology helps improve ball grip and kicking accuracy while the soft, premium K-Leather enhances fit, comfort, and touch and the bladed stud configuration of the PowerCat 1 FG delivers on traction, maneuverability, and pressure distribution. 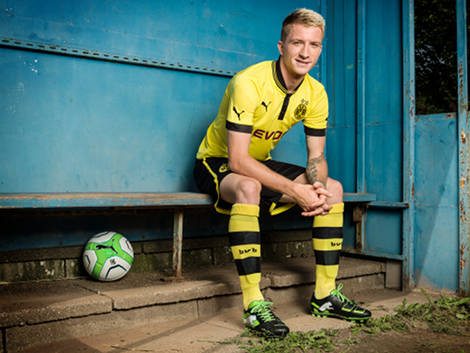 For the PowerCat 1 FG lightweight microfiber material in the lateral quarter has been used, which supports the midfoot and helps to keep the weight of the boot to a minimum – a lean 231g in a UK size 8.

Marco Reus of Borussia Dortmund commented, “The boot is a perfect combination of technology and comfort, and gives me the confidence to perform well on pitch. Instead of absorbing the energy I feel it increases the kicking power, which is essential for me to score goals. I have now been wearing the PUMA Power boot for several years and happy to keep doing so in the future.”

The Puma PowerCat 1 SL – Black / Green will debut with Marco Reus & Co. in this week’s Champion’s League games, and will hit retail on December 1st with an RRPP of around £130.

Written By
Kyle Elliot
More from Kyle Elliot
Competition Winner Andy gets to go head to head with some of...
Read More