Truth be told, we’ve actually been sitting on these boots a little while – however, a summer full of storming releases (including an exceptional one from Puma themselves) and some rather good weather over here in old Blighty have seen us delay writing up the Puma Powercat 1 – or Powercat 1.12 as they were known prior to the summer.

Which is a shame, as the it’s one of the boots we often see requested in the comments! Dubbed by Puma as a combination of Power and Control, we’ve had a long time to bed our pair in – here’s hoping the review (like the boots themselves) doesn’t disappoint! 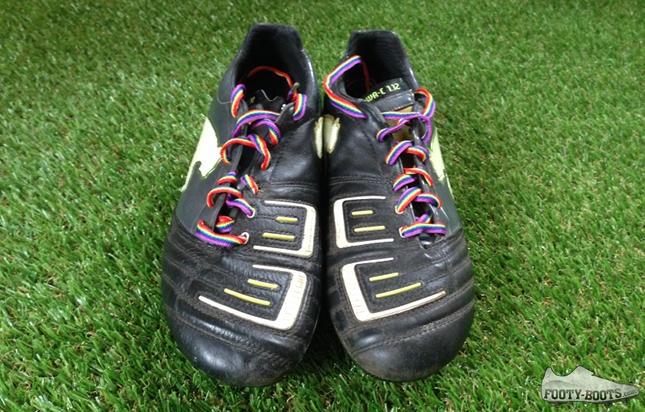 After first being a little concerned over the placement of the 3D PST-DUO system and the effects it might have on the tops of my feet whilst playing, I was pleasantly surprised by how forgiving that whole section of the boot is.

The upper’s K-leather is super-high in quality, giving a soft, accommodating fit in the forefoot and enabling the striking element sit in just the right place on the foot as to not feel intrusive.

A snug midfoot fit also allows the boot to be pulled tight, whilst the more bulb-shaped toebox makes the Puma Powercat 1 a great choice for people with reasonably wide feet.

I did, however, find the soleplate a little stiff out of the box, so my recommendation would be to break them in slowly at the start of a training session before hitting the sprints to really get that toe-area loosened up. 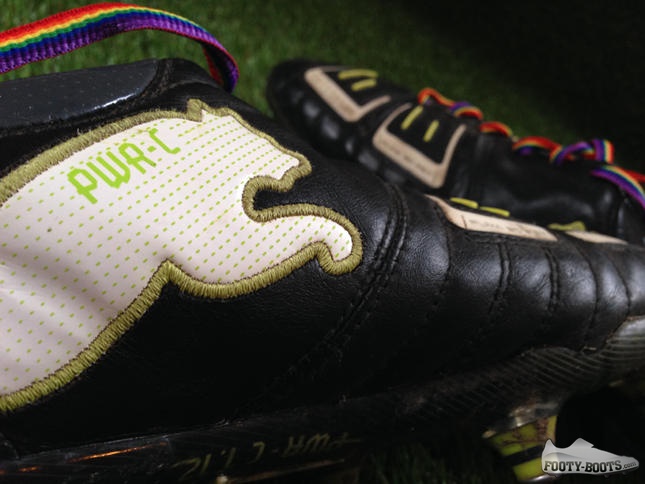 The Powercat 1 does a great job of combining a natural leather touch with exciting technology, with Puma obviously understanding that the 3DPST-DUO has to augment a players touch, rather than dominate this important area of the foot.

The instep areas primarily used for one-touch passes, lay-offs and receiving passes are soft leather, with less stitching than the forefoot for a purer contact point.

Towards the toe, the 3DPST-DUO’s dual-density construction feels pretty solid to take control of the ball on, but nothing revolutionary in this department.

Power boots have become a tricky beast to style recently. Once upon a time, it was enough to make your boots look aggressive, slap a mostly-black colourway on it and call it a win.

But with new colourways coming out every 2-3 months, boots have to be more versatile nowadays – and I think the Powercat 1 is a great balance of that techy, aggressive edge that defines a good power boot and the versatility to carry off a variety of colourways. 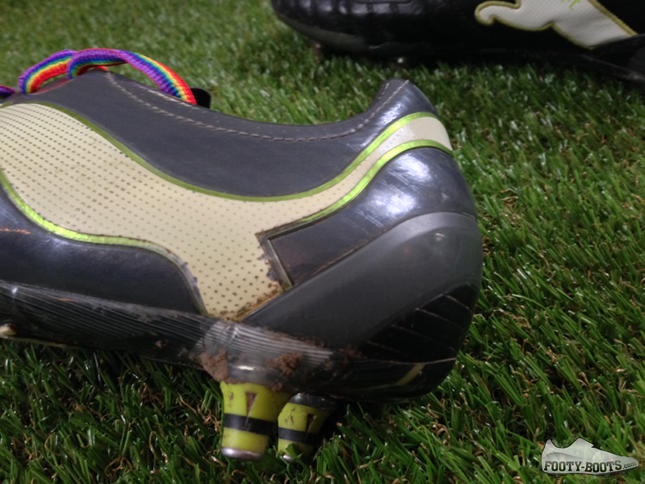 A weighty beast indeed, the Puma Powercat is an incredibly solid-feeling boot in-hand and on-foot.

At the rear of the boot, a considerable feel counter ensures solid protection and stability, whilst the toe’s 3DPST-DUO system and reenforced lace loops offer a little extra padding along your toes.

I am, however, docking a point for a lack of a ‘guard’ between the upper at the toe and the soleplate. With more games being played on firm and artificial ground, this is pretty much a must-have at the moment and is the main reason I would recommend avoiding using the Powercat on an artificial surface. 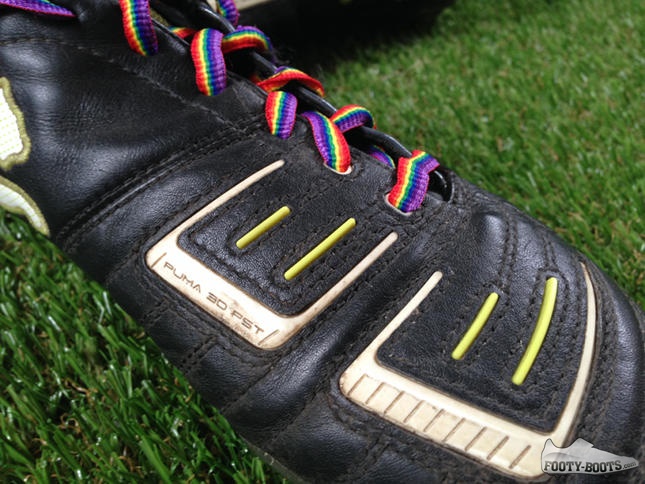 Whether it’s tiki-taka passing or a long-range drive, the Powercat is at home in most situations.

As a power boot, the Powercat was never meant for delicate wing-play or out-and-out speed, making it a great choice for midfielders, defenders and ‘keepers.

Puma’s excellent use of K-Leather allows for an assured touch on the ball, whilst as with many power boots, the 3DPST-DUO is both a great visual guide and solid, high-rebound platform for striking the ball. 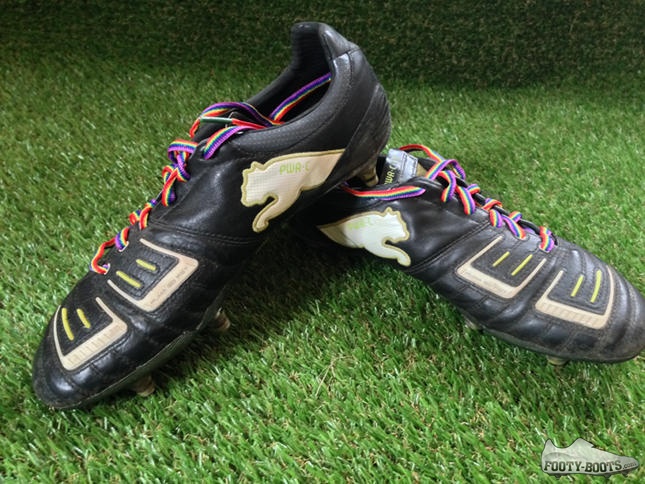 With a default Ł130 price-tag, the Powercat is a solid top-tier boot at a below average price.

For that investment, you’re getting cleats that will last at least a full season of wear and tear, and utilise some great materials and technology. 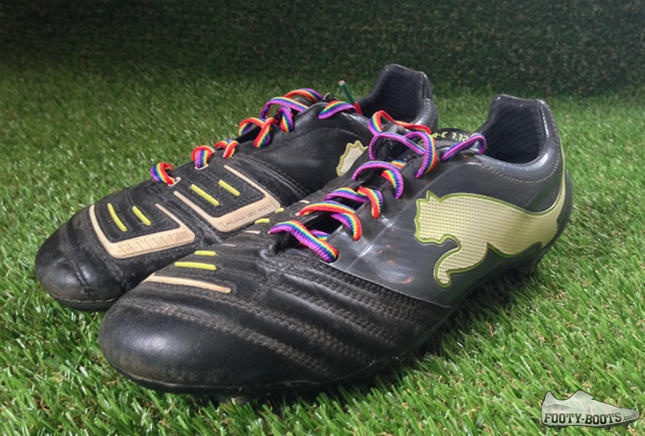 Having been on the market a good while now, it’s been interesting to see the hype-level for the Powercat never really take off.

For a boot that uses many of the same design queues as the now-lauded adidas adiPower Predator, there’s clearly a disparity in the market between how willing people are to give a Puma boot a chance compared to an adidas release.

Which is a shame, as the Powercat is a great all-around boot that maybe doesn’t command the attention it deserves.

Here’s hoping that with Puma now a much more exciting brand than they were 2-3 years ago, the next generation of Puma power boots can turn heads in the manner that such great boots warrant.

Written By
Kyle Elliot
More from Kyle Elliot
Who will make it to the Euro 2012 Final?
Read More