Puma have unleashed their latest Powercat 1.12 colourway in the form of this striking ' Black/White/Yellow colourway. 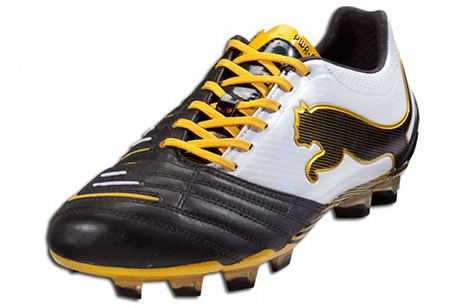 Now coming up to a full year since reveal at the hands of Cesc Fabregas, the Puma PowerCat 1.12 has fast become a real contender in market of hybrid power/control boots, alongside the adidas Predator LZ, Nike T90 Laser IV and Mizuno Wave Ignitus II. 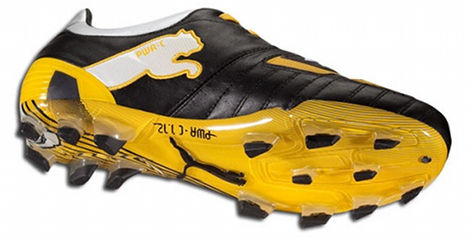 A combination of the Puma 3D Power Shooting Technology DUO and a supple K-Leather upped have made this incarnation a huge improvement over their predecessors, as they’ve attracted the likes of Cesc Fabregas, Gigi Buffon, Mikel Arteta (occasionally!) and Marco Reus. 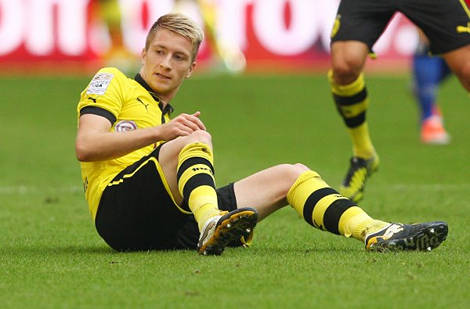 In fact, when you consider that the Big Cat supply the Borussia Dortmund kit – it’s fair to guess that Puma had German international Reus in mind with this colourway!

Reus (as well as Cesc Fabregas)' debuted the Puma Powercat 1.12' – Black/White/Yellow in the Champions League last week, with Reus enjoying a victory over Ajax in this year’s Group of Death.

The SL version of this PowerCat colourway

As well as the vanilla PowerCat 1.12, this colourway will also be available in the PowerCat SL we saw debut just before the European Championships this summer. The SL features a lighter grain of leather and weighs over 2oz less than the standard model but, surprisingly, aren’t always the ‘go-to’ model for all professionals.

In both instances, we’re definitely fans of this new PowerCat paint-job from Puma. The contrasting black and white instep and outstep are something you don’t see too often on football boots at the moment, and the touch of Team Yellow certainly adds to their ‘stand-out’ factor on the pitch.

What do you think to the' Puma Powercat 1.12' – Black/White/Yellow? Let us know in the comments!