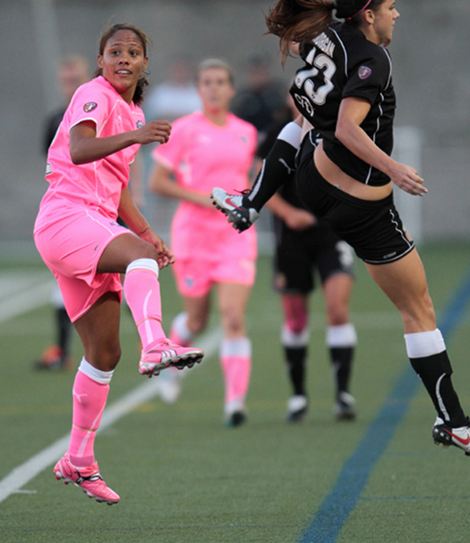 After last year’s successful campaign – which involved getting a handful of the Women’s Professional Soccer league teams in the US to play in Pink kits, to raise breast cancer awareness – Puma are making the 2011 push even bigger than last year!

These startling football boots are decked out almost entirely in neon pink, with a white Puma FormStripe and black Puma Big Cat branding they really look outstanding on the pitch!

Despite the commercial interests football boots of this hue always stir up, Puma have no plans to see this colourway hit retail at present – with this Puma v1.11 being produced in strictly limited quantities. 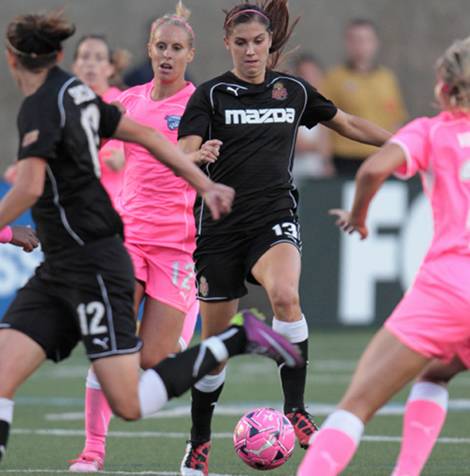 However, we would imagine that if the Project Pink campaign follows the same pattern as last year, a few pairs of these awesome football boots will be available via auctions to benefit the cause.

Whilst you might not be able to get a pair of Project-Pink supporting football boots, there is something you can do to help Puma’s cause that won’t take you any time or cost you any money.

Puma is bringing back its popular Twitter hash tag, #projectpink. Tweet #projectpink between July 6 and October 31, and, counting one tweet per user per day, PUMA will donate a $1, up to $25,000, to a Breast Cancer Charity. The simple gesture of using the #projectpink hash tag – expect to see Footy-Boots using it on out own Twitter Account, too and together we can get some serious money going to a really worthy cause!