Puma reveals the Newcastle United third kit for the season 2019- 2020.

Very bright orange colour scheme, as some would say “Orange is the new Black”, is Newcastle United’s third kit for the 2019-20 season. 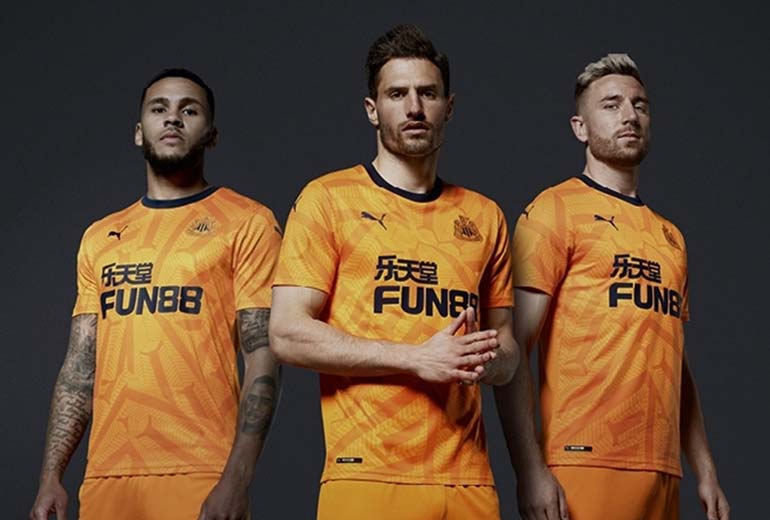 The Magpies shirt features a vibrant graphic that is a depiction of the huge metal and glass structure from St. James’ Park roof reaching out over the Milburn Stand and Leazes End.

The shirt also has navy accents on the collar, Puma logo and the main sponsor FUN 88. The rear of the collar has NUFC written in white, with a navy stripe,  while the kit is completed with the same orange colourway through the shorts and socks. 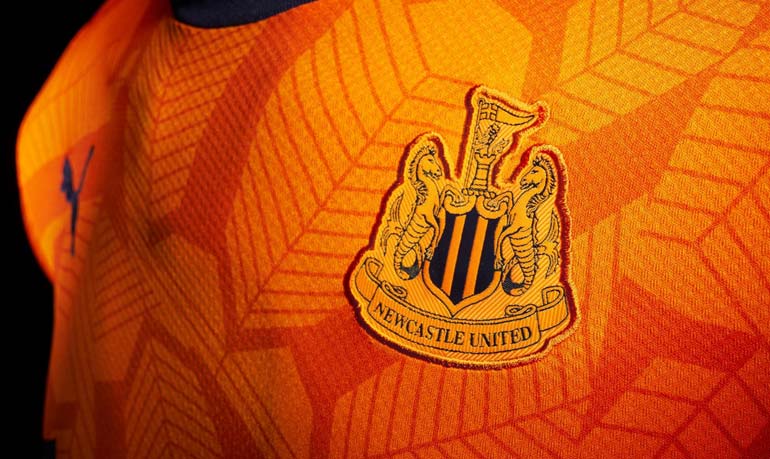 Newcastle United third kit was revealed by captain Jamaal Lascelles together with the defenders Fabian Schar and Paul Dummett.

Inspired by the heroes of 1969, Newcastle United home kit features the traditional black and white vertical stripes, with a white and black crew neck collar and the Puma and sponsor logo, and Newcastle crest placed in the centre. The rear of the collar has NUFC written in white in the same way as the third kit. 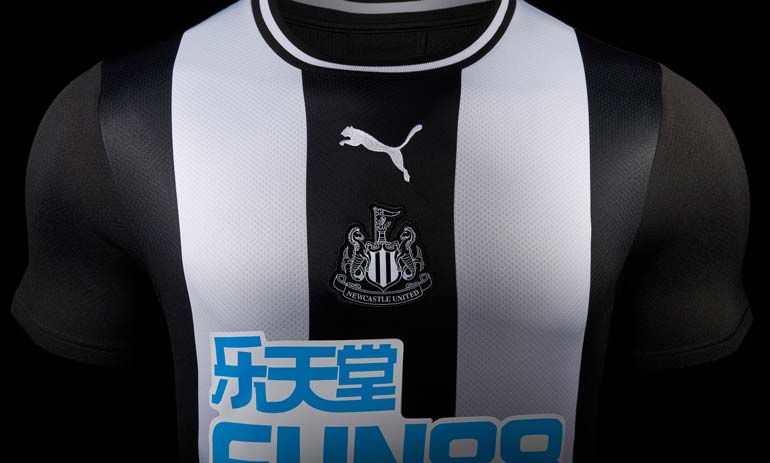 The away kit features dark green shirts, shorts and socks. Releasing also its official sleeve partner for the 2019-20 season – StormGain. 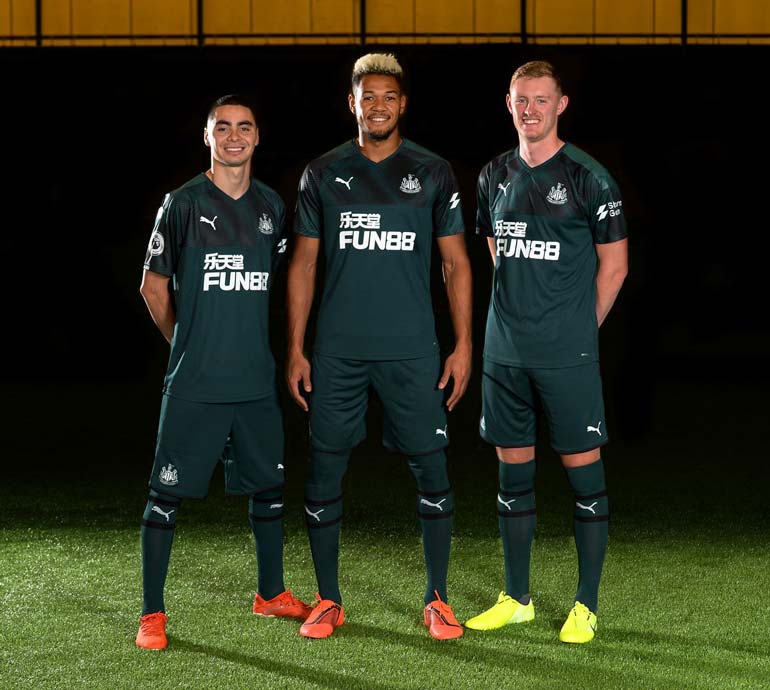 Written By
Jullius
More from Jullius
Adidas | Juventus third kit 2019-20 season is set to be the...
Read More