A New Wave Rises As PUMA Introduces the Azzurri New Third Kit, Straight From the Renaissance.

Italy new third kit features an all-over pattern inspired by Renaissance-era fabrics and architecture, the kit’s green colour dates back to the ‘Maglia Verde’ meaning (green shirt) worn during the Azzurri’s 2-0 win against Argentina in December 1954 at Rome’s Stadio Olimpico. 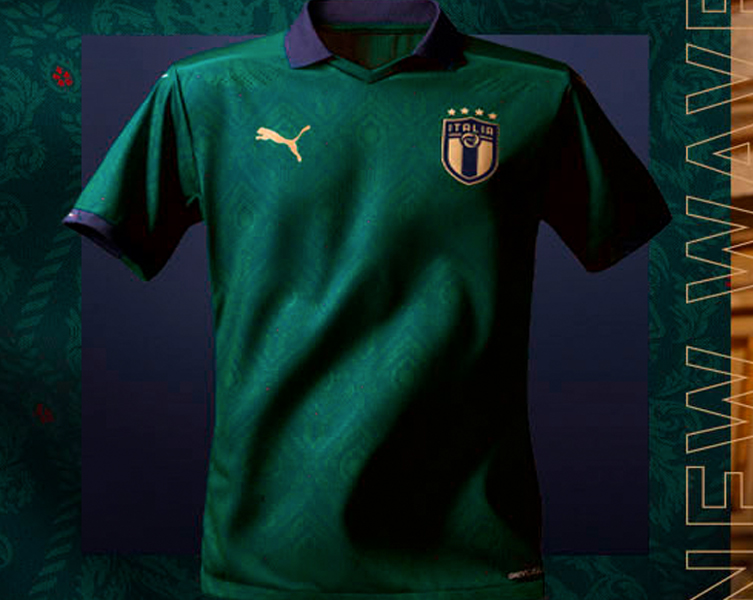 The new football shirt features an all-over Renaissance-inspired graphic – a celebration of Italy’s culture past, present and future. Navy blue features on the sleeves and on the polo collar adding that extra flair to the shirt.

PUMA Cat logo appears on both sleeves and across the right chest area and the FIGC Italia Crest at the left chest with the traditional 4 stars above it (4 World Cup Titles).

The kit is part of a larger Renaissance graphic collection created for the Italian Football Federation to make waves both on the pitch and the street.

The new third kit will debut in Italy’s qualifying fixture against Greece at Stadio Olimpico on the 12th of October.