The Puma King range has always been one of the go-to boots for Sunday footballers. Alongside the Copa Mundial, there’s always been a purity to it’s design that’s drawn players in.

So, does going Superlight help or hinder the legendary King? We find out in our Puma King SL review.

Building upon the legacy of the King Finale, the Puma King SL is wonderfully fitted. Thanks to the Aptolast design, it’s snug around the instep and heel, with a nice amount of room in the toes.

Unlike the boxy Puma King XL, the King SL has a more ’rounded’ feel that has been slimmed down to a more streamlined shape.

As mentioned in the video, there was some rubbing in both heels when wearing them for the first time – something I was tempted to mark the King SL down to a 3/5 for, but ultimately that super-soft vamp on he toes wins a point back for these true-to-size boots. 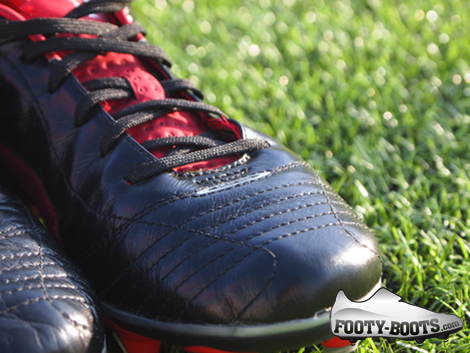 A no-brainer. After wearing the synthetic (but still exceptional) Predator LZ for over two weeks, slipping on the Puma King SL‘s was really something special.

As I hope you can see in the video, once that front section is broken in, it practically collapses around the toes, giving an unbelievable level of feel on the ball. 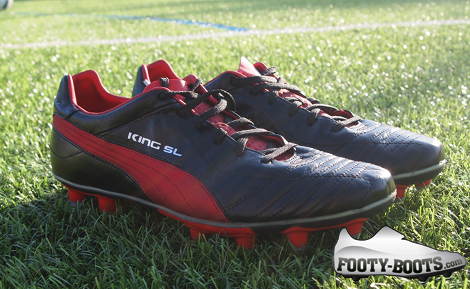 Everyone that saw the Puma King SL was quick to comment on what a handsome piece of footwear it was.

The old guard enjoyed it’s distinguished level of King class, whilst even the Mercurial-mad crowd were caught stealing jealous glances at the metallic sheen of the Formstripe on this Black / Corsa rosso colourway. 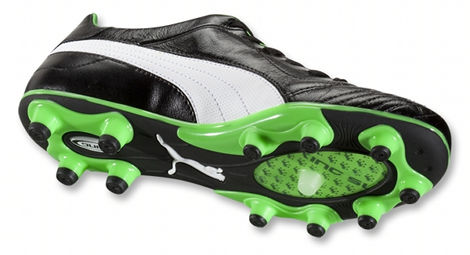 As this is a K-Leather boot, it does need looking after if you want to get the most out of it, hence the middle-of-the-road score.

I was also concerned (read as: upset) at the ‘King’ logo wearing off the toe so quickly, particularly on the right boot – though in such a high-wear area on a right-footed player like me, it was perhaps inevitable. 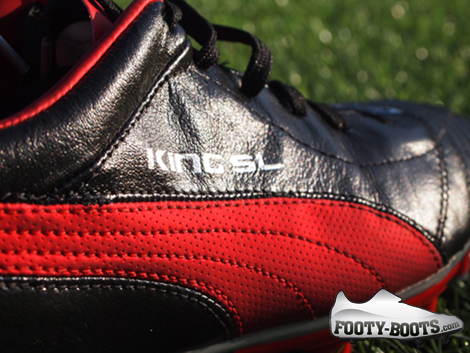 Another great performer that excels on the pitch – but in a different way to the Predator LZ and Vapor VIII.

At 225g, they’re light on your feet – but the Puma King SL isn’t about feeling fast like the Vapor or and adiZero, it’s more about a ‘natural’ feel on the foot.

The flexible soleplate and shape of the boot give it a great close-to-the-foot feel, whilst the tongue is essentially paper-thin for a great feel when striking and hitting crosses.

If I had one request for Puma for the next version, it would be to add a suede heel lining or an extra lace eyelet to really lock the foot in place. 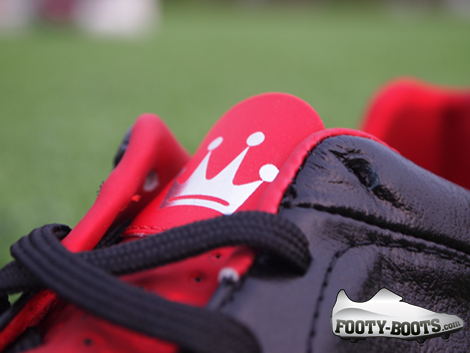 As I usually mention in this section, the median price for a top-end boot at the moment is somewhere around the £150 mark. 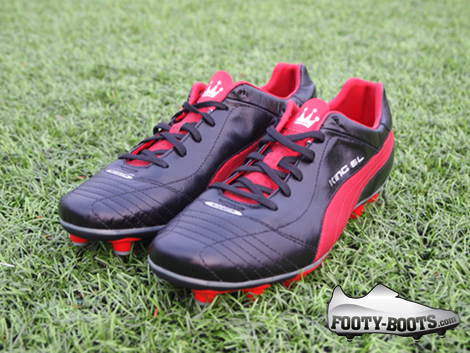 Boot fans are really spoiled for choice, with a landslide of great footwear available out there at the moment.

Puma have made it even harder for fans to choose with this outstanding boot that delivers a lightweight option for fans that like to have a bit of heritage and class to their football boots.

Whilst lacking the flash of the Vapor or evoSPEED and the high-tech appeal of the PowerCat 1.12 or Predator, the Puma King SL proves that a boot doesn’t have to have either of those things to still be a top performer.

Written By
Kyle Elliot
More from Kyle Elliot
adidas turn the lights out in this fresh pack of alt colourways...
Read More