Usually a boot associated with old-school cool, the King is all about classic colourways and an overall more reserved tone. But as Puma have been known to do recently, the Puma King SL – Blue Metallic / Dandelion throws the rule book out the window! 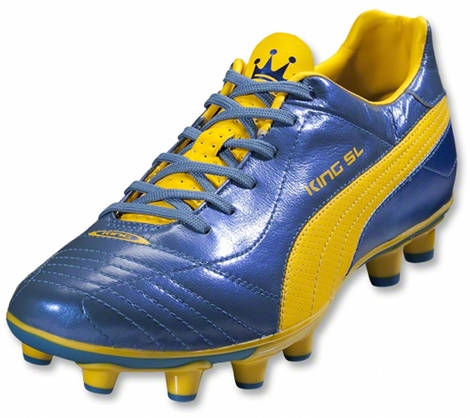 Looking like the long-lost cousin of the PowerCat Elektro that launched last year, the Puma King SL' – Blue Metallic / Dandelion' is as bright as it is beautiful!

Blue and yellow are two colours that have a tendency to ‘pop’ on a boot together, and this' King SL is no exception; the classic K-Leather upper looks brilliant in metallic blue, whilst the yellow formstripe and tongue really give it some pop. 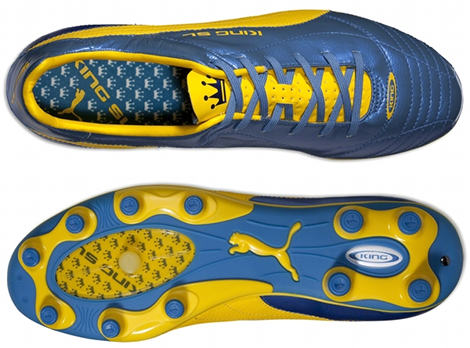 Normally we’d talk about how good a boot’s colourway would look with the player that wears them’s kit, but that’s difficult to do with the King SL.

Originally set to be worn by Mikel Arteta, the Spaniard often chops and changes between all three Puma silos – so the biggest consistent wearer we can think of is Thierry Henry. Not that that is a particularly terrible endorsement… 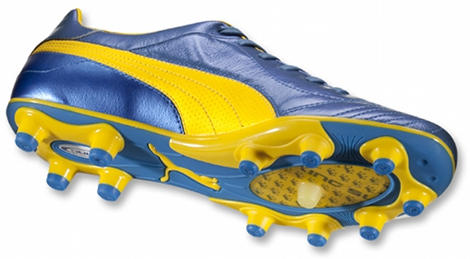 Which is a shame since – for our money – the Puma King SL' is perhaps the single more crowd-pleasing (if not the single best) boot in the Puma range at the moment.

The mix of soft, supple K-Leather, flexible, comfortable soleplate and incredible classic styling make them a boot that will tick the boxes of most players – and that’s before you factor in that they only weigh 217g!

With the White/Black/Yellow PowerCat, Silver/Green evoSpeed and now the' Puma King SL' – Blue Metallic / Dandelion, it’s going to be impossible to miss Puma boots when they hit pitches this October.

Written By
Kyle Elliot
More from Kyle Elliot
Moving to the smaller-sided game to avoid the bad weather? We don't...
Read More