Mikel Arteta gave boot-spoters plenty to talk about this weekend after giving a debut to some blacked-out  boots as he took on former club Everton in the Premier League.

After a closer look at the photos, these mysterious football boots look likely to be the hotly-anticipated Puma King SL. 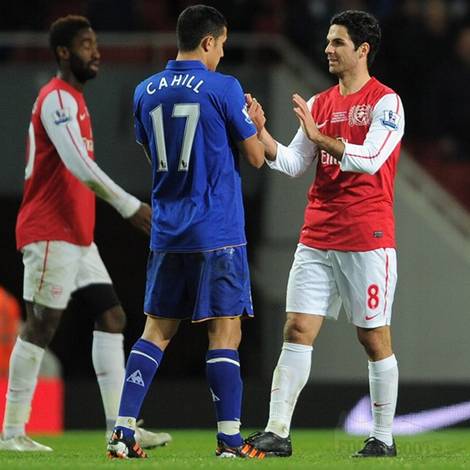 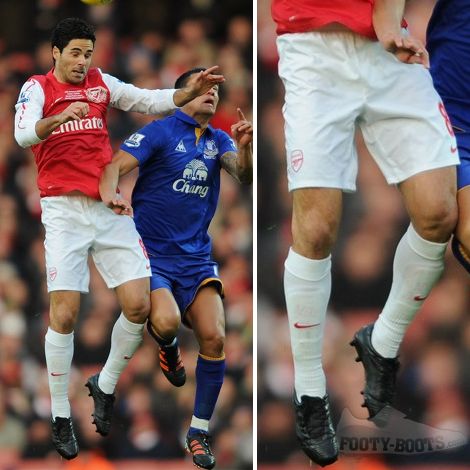 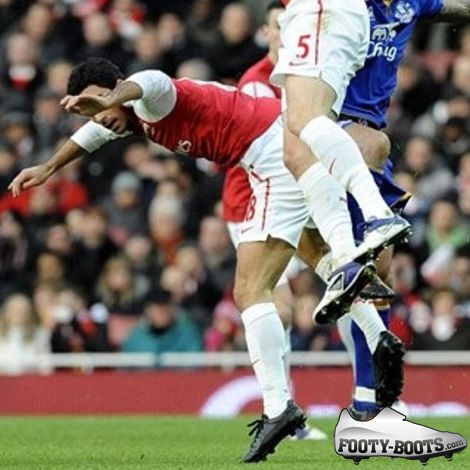 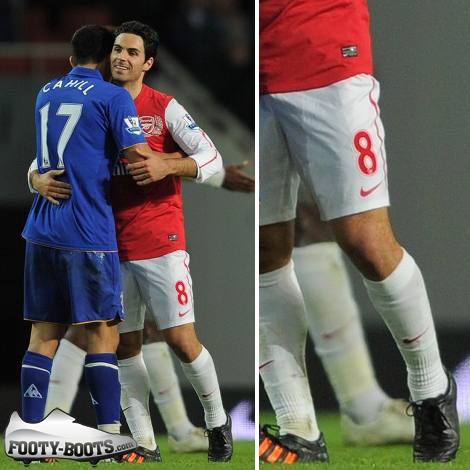 Whilst there has been much talk on forums that the Spanish play-maker was testing a new Puma speed boot, close-up shots of his footwear seems to reveal that they are much more likely to be the new Puma King SL.

A lightweight, stripped-down version of the Puma King Finale, the Puma King SL is expected to retain many of the features of the latest in the King Legacy whilst pushing that all-important weight down to compete with the likes of the adiPure SL, Nike Tiempo Legend IV and even the new Mizuno Morelia Neo.

Looking at the toes of the football boot, there ‘vamp’ that Puma re-engineered for the Puma King Finale is present on the Puma King SL, and also seems to have a K-Leather forefoot.

As for everything else these football boots have to offer; well, that’s still something of a mystery. Aside from nixing the classic ‘King’ tongue, we’ve got plenty to look forward to when Puma choose to reveal their latest creation.

What do you expect the Puma King SL to bring to the table?

Thanks to Damian Peters for posting this find up on our Facebook page!