When it comes to boots with history, they don’t come more storied than the Puma King – which is why it’s always such big news when a new one looks to be on the horizon. 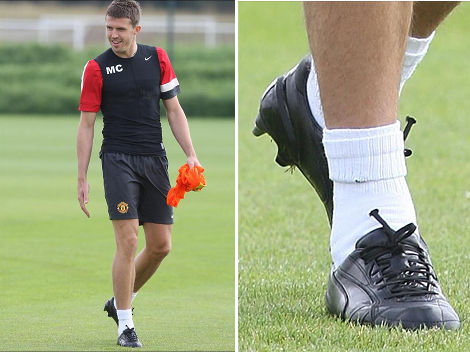 Just ahead of the international break, Manchester United’s Michael Carrick was spotted training in a mysterious pair of black-outs (black-outs: almost always ‘mysterious’), but it’s taken a couple of days for some decent images to filter through, allowing us to identify them.

But these excellent close-ups – courtesy of Elias on our Facebook page (thanks!) – have allowed us to safely conclude these are probably next year’s model of Puma King SL.

With the evoSPEED still and and this boot lacking any shot-boosting technology that goes hand-in-hand with the PowerCat, it’s safe to say there’s a new Puma King SL due sometime soon – with our guess at either just before or just after Christmas.

After the bizarre preview Puma gave us of the Puma King Finale when they appeared on the feet of Argentina’s Martin Palmero at the 2010 World Cup – a full 6 months ahead of their release ' – it seems Puma re having a more convention trial period this time out, with Carrick gibing his feedback after a training session with United. 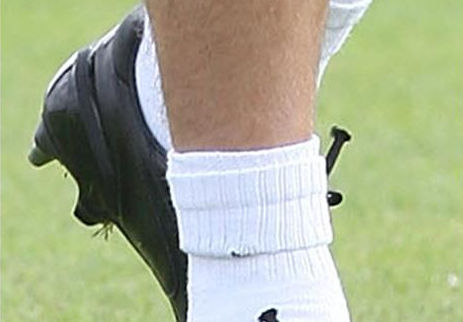 Whilst having the Puma King as one of the boots in your stable must be incredible to work on, we always bet designers dread each re-vamp – simply because each new model has to be worthy of the legendary ‘King’ name.

So, what do Puma look to have changed this time out?

Well, the first ting that pops out to us is that huge, chunky heel counter. Given the classy ‘pinned’ leather heel counter on the King Finale and it’s sleek integration on the current King SL, we can only imagine that Puma are looking to offer more protection on this incarnation. Given it’s shiny finish, we’d have to guess it’s plastic – likely Pebax – a favourite of Puma’s on their performance footwear.

Given Puma’s chief executive’s pledge to remove leather from their football boots earlier this year – could this be Puma’s first non-leather King? We’d hazard a guess at yes! The matte-finish upper looks like it lacks some of the natural-leather creasing, and it’s covered in masses of stitching – usually a common method used by brands to get a synthetic leather to fold and bend in the right way. 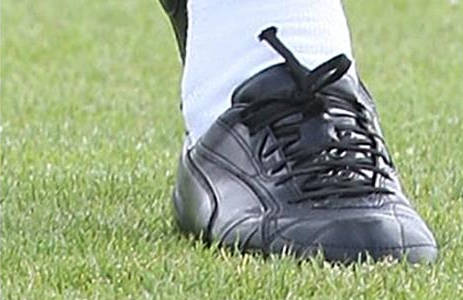 That said – it certainly looks like it would be comfortable to play in, and give a great touch.

What looks like it will remain the same? Well, the form-stripe is once again integrated into the overall upper of the boot, rather than being stitched on the top – also the perforated synthetic tongue looks to also be making a return, something that was a favourite feature of ours when we reviewed the current King SL earlier this year.

A bit of Google-sleuthing also leads us to discover that Puma has begun trademarking a range of terms suffixed with the word “CELL”, including; PowerCELL, SpeedCELL and TouchCELL.

The CELL name will be something that 90’s-early 00’s boot fans will immediately associate with Puma, given their range of Cell boots – including the excellent Cellerator – so to see it looking to return to boots in some form would be a nice touch from Puma, even if TouchCELL were to just be the name of their leather-like synthetic.

Whilst these could be terms that will only be used on Puma’s athletics or SportsLifestyle ranges, speculation will arise given that power, speed and touch are all attributes associated with football boots.

How do you think the new Puma King SL will shape up? Are you looking forward to it?