Puma have given their latest incarnation of their long-running King a fresh new look with a unique Peacoat / White / Pink colourway.

We rarely see blue Puma Kings (the last we can think of was the Metallic Royal / Dandelion version of the Finale), and Puma have certainly gone with a different overall vibe for this new edition of the 2013 King and King SL.

Definitely a little busier in appearance than other Kings this generation, this Peacoat version contrasts a dark navy upper with lighter blue, white and pink. 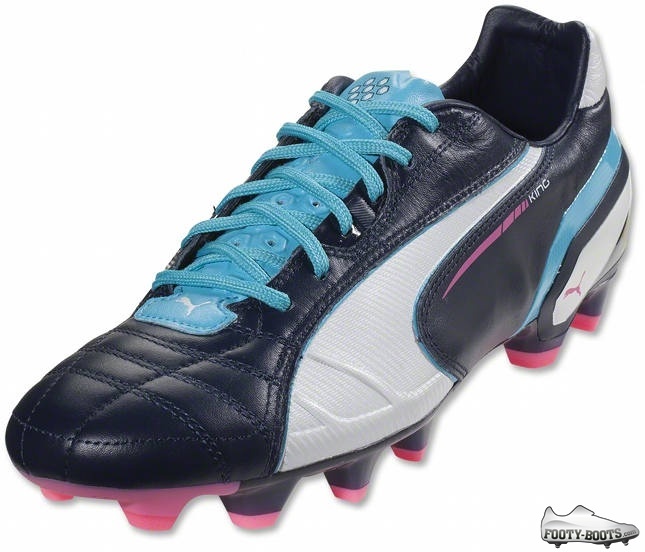 Definitely a lot less ‘classic’ than previous white and black-based colourways, we reckon the designers at Puma had in-form King-wearer and Manchester City midfield boss Yaya Toure in mind.

Of course, the colourway is just a bonus when you’ve got such a superb boot underneath – and Puma fans are doubly lucky as the Puma King and the King SL are both reportedly excellent.

The Puma King uses a premium leather forefoot for a natural touch, whilst the King SL boasts a leather-touch superlight synthetic.

Both boots make the most of a microfibre midfoot and heel quarter that works with the lacing system for a snug, secure fit across the midfoot and easy-to-break in heel.

The two cleats also use a super-thin tongue for sweet-spot contact with the ball all across the forefoot. 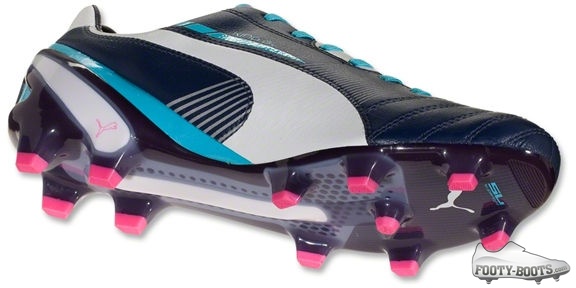 Both cleats utilise pebax outsoles, but whilst the King focuses on a solid foundation for improved stability on a variety of surfaces, the King SL is more like a speed boot – including a combination of angular and conical studs and injected spine and forefoot plate.

Available to order in the Footy-Boots.com store today, is this another great heritage release from Puma?

Or will you stick to the more classic colourways? Let us know in the comments!

Written By
Kyle Elliot
More from Kyle Elliot
Puma evoSPEED-wearer Affelay talks us through life on loan at Schalke and...
Read More