As much as PUMA are known for wild, innovate designs that push the envelope on their ‘Tricks’ label, they’re also known for the class, purity and heritage that comes with producing one of the world’s greatest boots; the PUMA King.

And today, PUMA are celebrating their most legendary of football boots in spectacular style with the PUMA King Luxury Edition 24 Carat Football Boots. 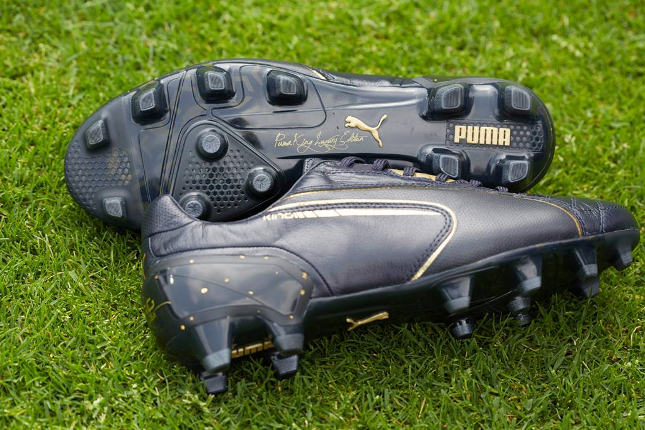 You may well remember the first ‘Luxury’ PUMA Kings from back in July last year; well, the 2014 version does everything it’s predecessor does and more.

Limited to just 99 pairs and costing $500 US / £450, the PUMA King Luxury Edition is not only one of the most expensive football boots ever, but also one of the most decedent.

The upper is made from the finest k-leather that PUMA could get their hands on, decked out on rich Black colour. 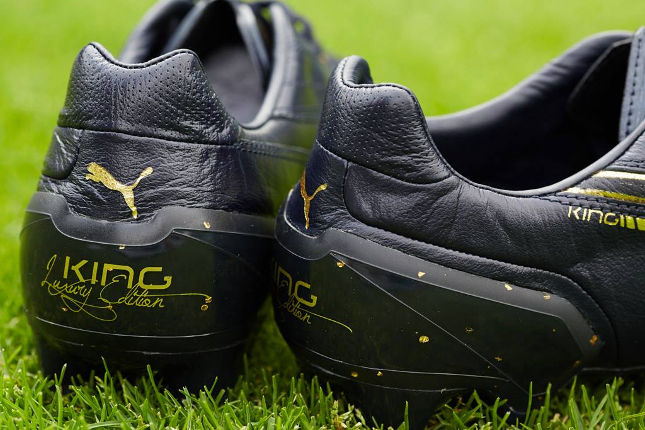 Matching the branding and trim around the rest of the boot, these affluent additions make the boots amongst the most expensively-trimmed we’ve ever seen (if a distant second to the World’s Most Expensive Football Boots) 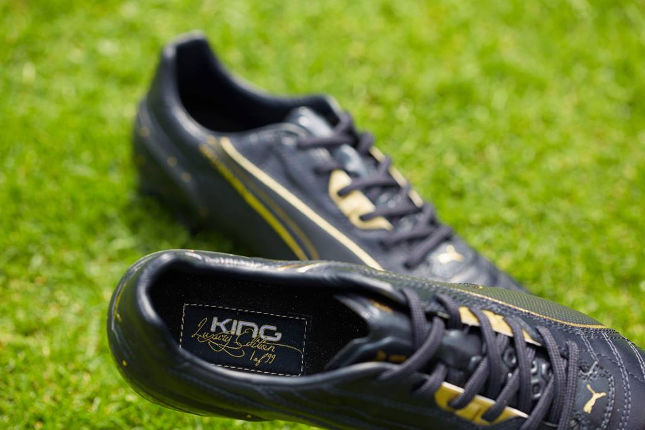 Another sweet detail is in the sockliner, which features a gold-stitched number across the footbed, signifying each pair as one of just 99 in the World.

Written By
Kyle Elliot
More from Kyle Elliot
We team up with adidas to offer a money-can't buy prize -...
Read More