Is there a more storied football boot than the PUMA King? Worn by the likes of Pelé, Maradona, Eusebio and Cryuff, we can’t help but wonder what those past greats would think of the boots we have with us today: The PUMA King II CAMO.

For those not in the know, ahead of most of their major launches, the Big Cat will release a CAMO version of the boot, with minimal branding and a dazzling print on the upper to camouflage the boot’s distinguishing features – in the case of the PUMA King II, this edition comes in an optical illusion print. Do not adjust your television set. Or computer. Or mobile phone. Or tablet.

But other than the wild print and lack of branding, the King II CAMO is exactly what you’ll get on the standard King II. One of the few times PUMA have bestowed a numerical update on an entry into the King lineage, what does this new edition bring to the table?

Well first, lets start with what’s carried over from the last model. The King II retains that half-and-half upper style of the 2013 model, meaning you get super-soft premium leather in the forefoot and some of the instep, whilst a leather-like microfibre takes over duties in the heel, helping drive down weight and reduce water uptake. 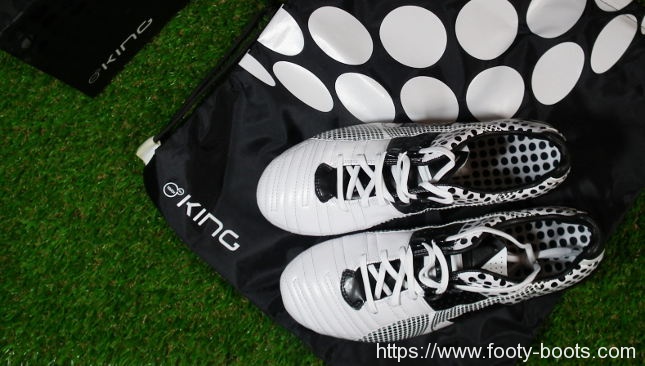 Fans of old-school leather Kings can take solace in the fact that the King II uses some seriously good leather in the forefront and toe, with a lovely padded feel marking this out as a truly premium leather.

As for the new stuff, the headline addition this time out is the EverFIT lacing system. Working a little like the A-Frame cradle we’ve seen in Umbro boots or the Nike FlyWire cables, this feature serves to work with the lacing system to help lock the foot in to the soleplate, whilst bringing the boot’s upper tight to the top of the foot. 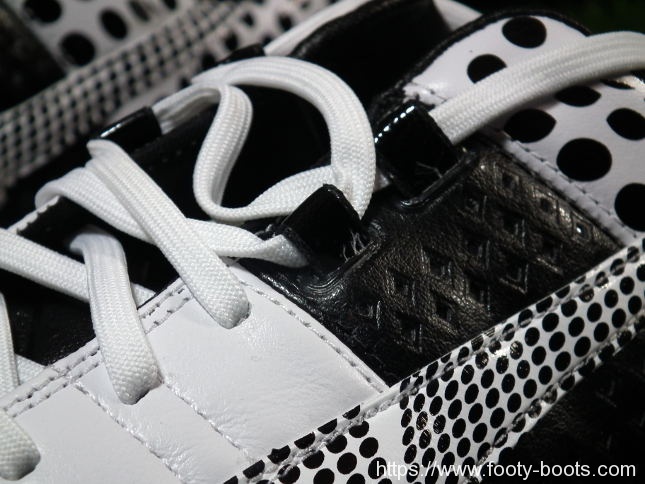 The benefits of this system are massive – comfort is hugely improved due to reduced heel slip, whilst passing and striking are helped out by the boot being completely snug to the foot; something only enhanced by a micro-thin tongue. 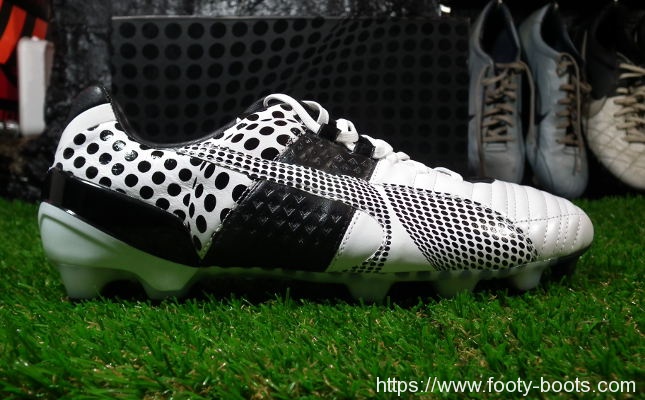 PUMA have also slimmed down the boot by a few extra grammes this time out, with a newer, lighter inner lining and a more low-profile heel counter.

Whilst still heftier than the one you’ll find on most boots, PUMA have engineered the heel down from the last model to be lighter than last season’s effort whilst still boosting protection and stabilisation. 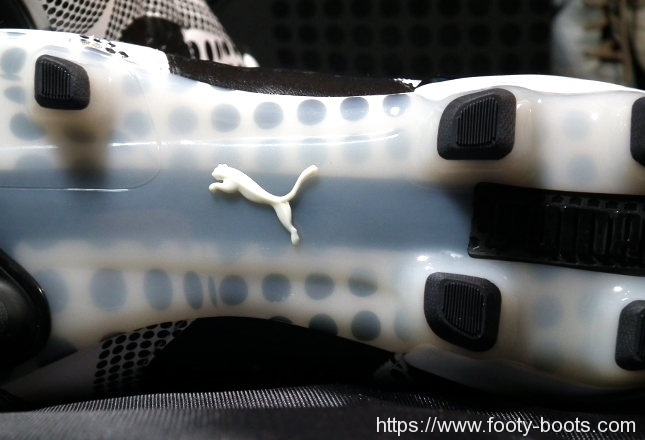 And whilst the heel counter is a little different this time out, the soleplate it’s attached to is mostly the same. This CAMO colour way has a nice translucent effect to the PEBAX material, with the studs picked out in white and black.

Oblong studs in the heel provide a stable base for supporting the foot whilst striking, whilst the forefoot’s conical studs pay tribute to the heritage of the PUMA King, whilst allowing lower resistance to the turf for sharp twists and turns.