PUMA have given us a first look at the all-new PUMA King II in spectacular style, as they release just 575 pairs of the striking PUMA King II CAMO.

As has become tradition for PUMA, the german brand are dropping a CAMO version of their hottest new boot ahead of an official release.

We’ve seen genuine camouflage-style prints on the evoPOWER as well as crazy visual effects on the evoSPEED, and now PUMA have brought out something fresh for thePUMA King II. 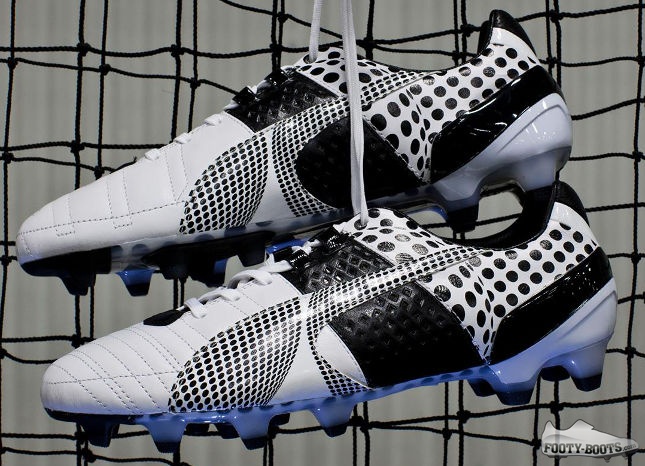 Inspired by the warping dots of an optical illusion, the PUMA King II CAMO‘s design is all about giving us a good idea of what to expect from the boot whilst keeping the details hidden.

However, we can still see that PUMA are retaining a leather forefoot on the new King (as they rightly should!) as well as a new stitching pattern.

PUMA also seem to have persisted with the midfoot and heel being made of a synthetic material, whilst there does seem to be some new tech going on with the lacing system.

Throw in a lower-profile lacing system and a slightly-tweaked outsole, and you’ve got enough to get us very much looking forward to the features the new PUMA King II is packing.

575 pairs of the PUMA King II CAMO will be available via selected retailers, ahead of the official reveal of the all-new PUMA King on October 1st.

Will you be vying for a pair?

Written By
Kyle Elliot
More from Kyle Elliot
We get our mitts on the latest release from PUMA - the...
Read More