After taking a back seat to the evoSPEED and evoPOWER range over the World Cup, the King is back to take it’s place on the throne with the PUMA King II.

A little unusual for PUMA, it’s rare that they’ve out-and-out called these football boots the ‘King II‘; in the past PUMA have preferred suffixes like ‘Finale’, ‘XL’ or ‘Exec’ rather than implying they’ve made a sequel to the legendary OG Kings of the 1960’s.

So, what does the PUMA King II pack under the hood to make it worthy of such a title? 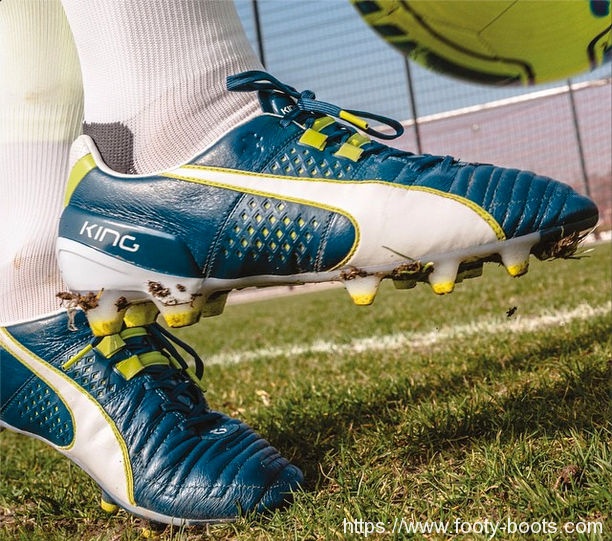 Well, this edition of the King is built to offer lightweight comfort with a strong emphasis on giving a bespoke fit for each player.

How does it achieve this?

First is the ComfortLast. You might remember PUMA’s anatomical ‘Aptolast’ from their speed boots; as the name suggests, this is that piece of tech’s plushier cousin.

PUMA have taken all the lessons they’ve learned from creating low-profile, lightweight boots and transposed that across to create a more comfortable boot.

The next is an all-new EverFit lacing system. Bands from the outsole wrap both flanks of the new PUMA King II to form the lace eyelets in the midfoot.

Everfit means that when a player pulls their laces tight, they’re actually pulling the whole boot tighter to their foot – a neat trick, for sure.

The rest of the feature list on the King II is pretty sweet reading, as well.

Premium leather is used for the upper with a microfibre midfoot to accommodate the lacing system, whilst a 3D moulded tongue ensures that extra pressure from the lacing system is distributed effectively. 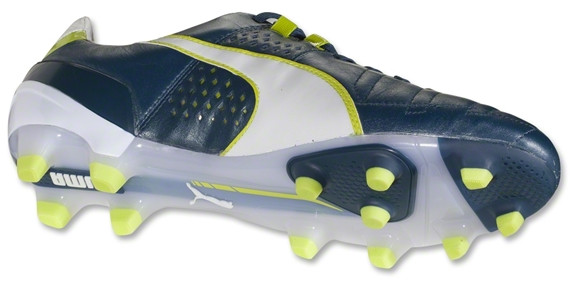 The soleplate has a familiar feel to it, with Pebax used to form conical and traction studs to provide manoeuvrability under the forefoot and stability in the heel.

This rises up the back of the boot to form a slimmed-down heel counter for a more snug fit in the heel, more protection and less pressure on the Achilles tendon.

Officially launching today in Majolica Blue/White/Lime Punch, the PUMA King II weighs just 239g and is available to order on the Footy-Boots.com store.

What do you think to this update for the legendary PUMA King?

Written By
Kyle Elliot
More from Kyle Elliot
adidas reveal the kit that Bayern Munich will wear as they defend...
Read More