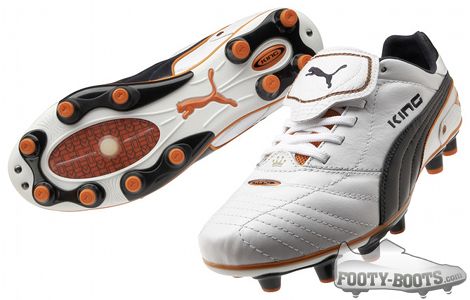 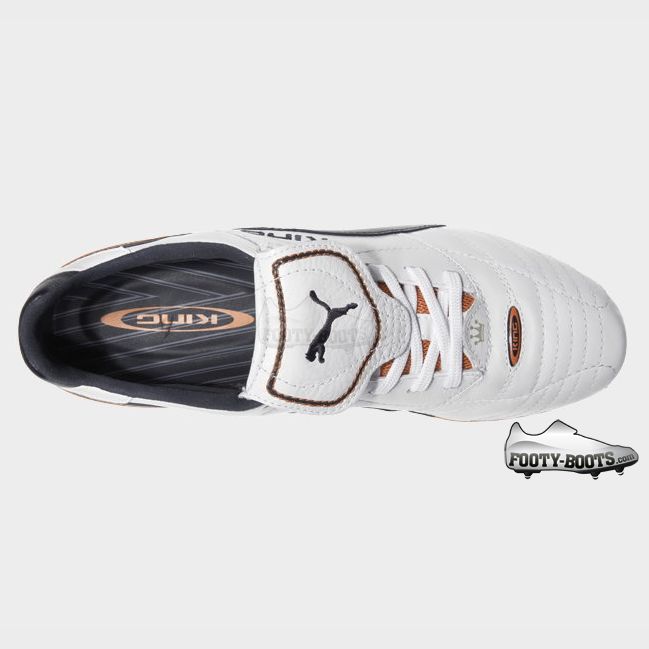 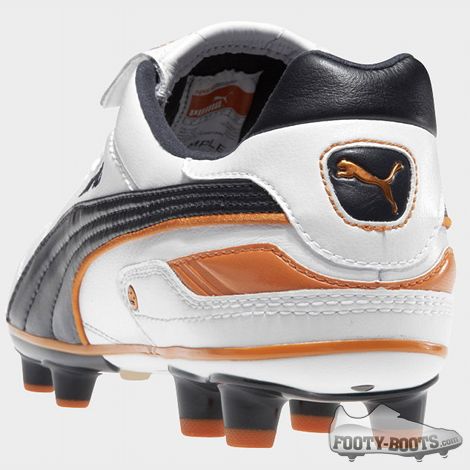 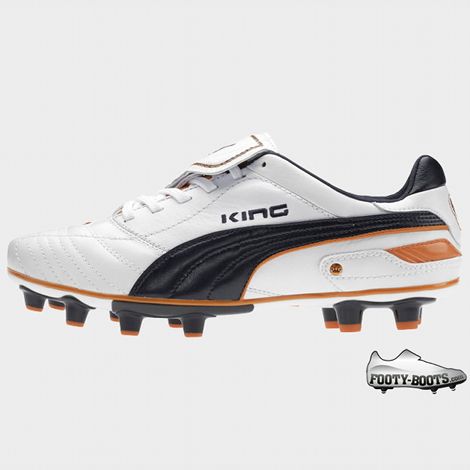 Following in the Puma King mould, the' Puma King Finale – White / Team Orange / Dark Navy sticks with a classically coloured upper, and injects some personality into the design with a couple of outstanding secondary colours.

Team Orange and Navy are the two complimentary colours revealed on this model, and we think they look top-drawer. Likely to be a hit with players who ply their trade in orange (Or fans of Holland, Wolverhampton Wanderers or Houston Dynamo) we can see these being very popular.

For a perfect fit, these football boots pack the PUMA AptoLast which conforms to the natural shape of the foot, providing a snug fit. The upper is a premium K-leather which shapes to the foot for superior touch and feel on the ball, whilst a TPU outsole is used for traction and stability.

The' Puma King Finale – White / Team Orange / Dark Navy is expected to hit stores this month and will cost around £110/$130.

Keep your eyes peeled here on Footy-Boots.com over the coming weeks, as rumours has it that Puma could be set to launch another boot in thiS coLourway – but what could it be?