It’s been six weeks since we’ve seen the Puma King Finale land on pitches across the world, and what an impact it’s made! 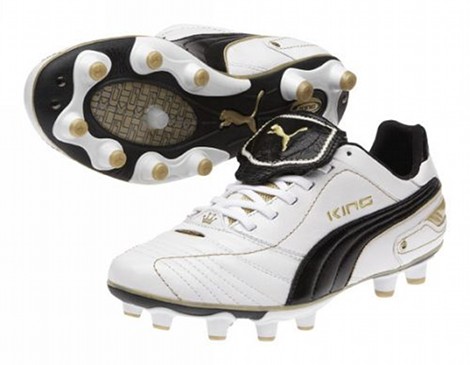 We’ve seen players in pretty much every league across Europe in Puma’s latest football boots, and it’s clear that Puma are ready to shift their campaign into Phase II with this fantastic looking White/Black/Gold versions

Looking markedly similar to the King Diego Finale that we saw late on in 2010, the black in combination with the white and gold makes for a really classy looking pair of football boots.

The gold mesh under the tongue and leather heel tap really ties this colourway of the Puma King Finale together for a really regal look. 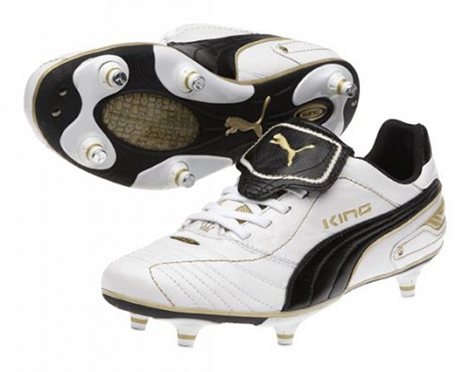 The Black tongue and Stripe also stop them looking too ‘vanilla’ by adding a little element of darkness to the design.

When can we expect to see these football boots taking to the pitch? From today!

Our friends at Puma have tipped us off that Everton’s Spanish playmaker and Puma King Finale Mikel Arteta will be donning these classy cleats for the Toffee’s FA Cup clash with Scunthorpe United, in what should be a tricky away fixture.

What do you think of this new colourway?

Written By
Kyle Elliot
More from Kyle Elliot
Puma upgrades the PowerCat with a stunning SL version for the Euros!
Read More