After an audacious launch colourway and a conservative secondary model, the 2013 Puma King is back with an absolutely stunning new incarnation: the Puma King – Black / Silver. 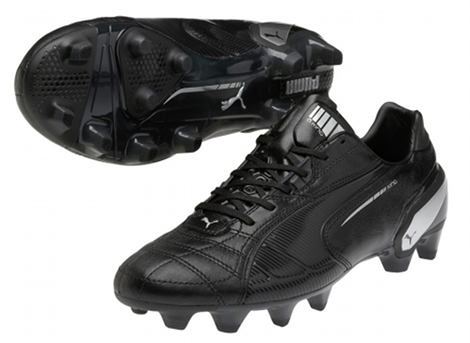 We’ve seen some exceptional colourways in the history of the Puma King, and this entry definitely deserves to be considered among the all-time greats.

Whilst famous (or infamous) for bright and bold designs like the evoSPEED 1 CM and PowerCat Gravity, the Puma King – Black / Silver strips it all back to what the King should all be about. 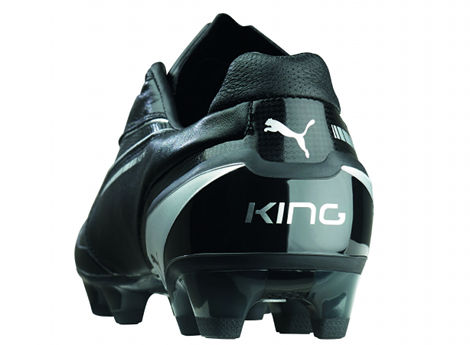 A line steeped in history, the 2013 Puma King is a boot of dualities; as well as being the boots worn by Pele and Maradona, today’s King is worn by Yaya Toure, Michael Carrick and many more – it has to be both a classic for veterans and win over the next generation of young players.

Summing up what it’s all about rather nicely, the Puma King – Black / Silver is the all-black classic that traditionalists crave, whilst looking sleek enough to win over the most Fireberry-obsessed football fashionista.

As always, black makes the calf leather on the upper look exceptionally soft, supple and ready to be broken-in on the pitch. The specially-designed vamp and 3D-texture design on the tongue allow players maximum control on the ball, whilst the heel and soleplate increase stability and protection.