Never ones to shy away from their rich heritage, Puma have designed the new Italy Euro 2012 Away Shirt in the style worn by the famous 1974 change strip. 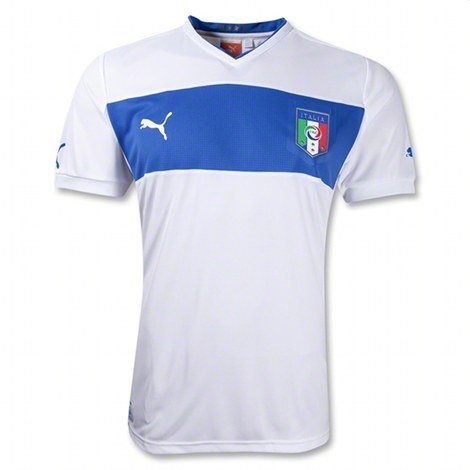 Despite being unsuccessful at international tournaments, the Italian team of the ’70’s is widely regarded as one of the best ever, and will be fondly remembered for contesting on of the best matches of football ever recorded when they bested Germany 4-3 in 1970.

Fans of Italian football across the globe will be hoping that the new Puma Italy Away Shirt will be the muse to rouse some of their proud legacy; a much-need inspiration to Italy for Euro 2012, after a World Cup campaign that will forever live in infamy. 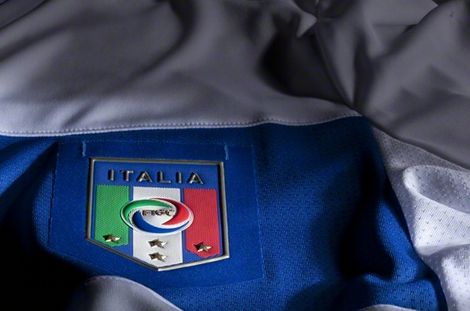 But as well as being an inspiration-made-fabric, the Italy Euro 2012 Away Shirt is as forward thinking as it is retrospective.

The blue stripe across the chest not only tidily contains the Puma logo, team crest and numbers  – but is also made from Puma’s USP mesh, resulting in a free-flowing channel of air to the upper body. 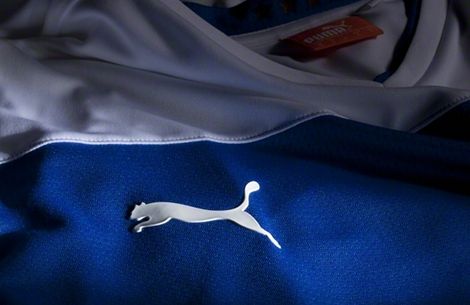 The double-layer V-Neck collar is also designed with player comfort in mind; the top layer completes the overall aesthetic of the jersey, whilst the internal layer wicks away moisture.

At the launch of the new Italy Euro 2012 Away Shirt, Puma and the Italian FA announced they have extended their existing partnership through to 2018, which will take in the next two World ups in Brazil and Russia. 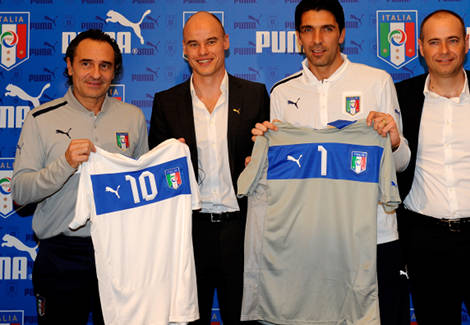 What do you think of the new Italy Away Shirt for Euro 2012?

Do the Azzurri have what it takes to progress this year?

Written By
Ramsay
More from Ramsay
Puma select Aguero and Reus to face off in this head to...
Read More