Here are the first official pictures released for the new Glasgow Rangers away kit for next season.

They won’t be playing Premiership football again next season but Rangers will have a smart looking away kit to wear.

This Rangers away kit is red and black, moving away from the white and blue from last season. 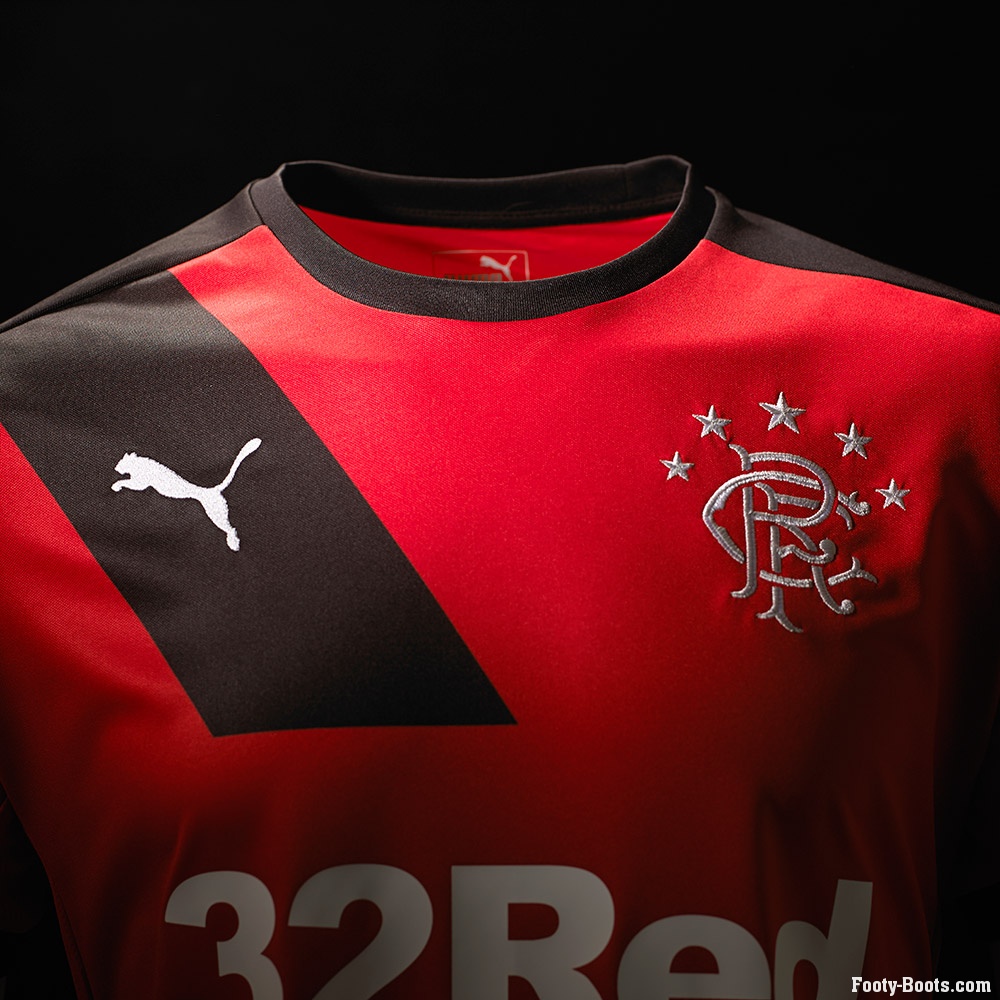 The red shirt features a black sash which fades across the front, with a gap for the sponsors logo.

The new PUMA formstripe detail on the sleeve improves upon a traditional sleeve construction to allow unrestricted movement and increased comfort. At the same time it brings an easily identifiable PUMA signature that brings a consistent look to all of the 2015 Rangers kits.

The full official product shots will be released next week.