Puma’s lightest football boot to date, the evoSPEED SL, is released with another fresh look. 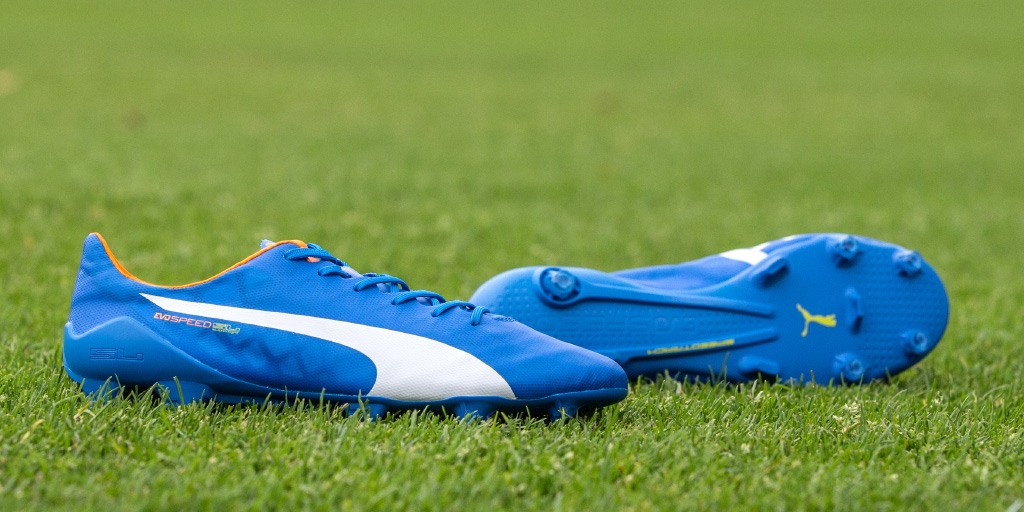 The evoSPEED SL is PUMA’s lightest football boot to date, it registers on the scales at just over 100G and was designed to give footballers an advantage by enhancing speed and agility. Due to this ultra lightweight design, Puma suggest the boots are used only on grass and will last up to 10 matches, so use them sparingly. 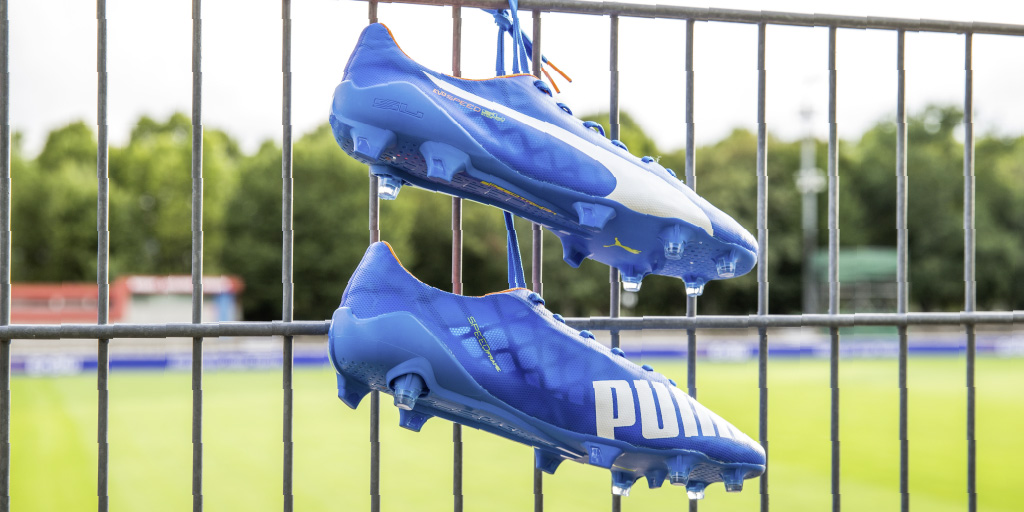 The radical weight reduction was largely accomplished through the use of a super light, almost translucent textile upper material. Whilst ensuring the necessary stability, the low weight PUMA SPEEDFRAME adds to the overall lightweight theme of the evoSPEED SL. Further support is given through a minimalistic heel counter, which also provides the foot with a snug fit. 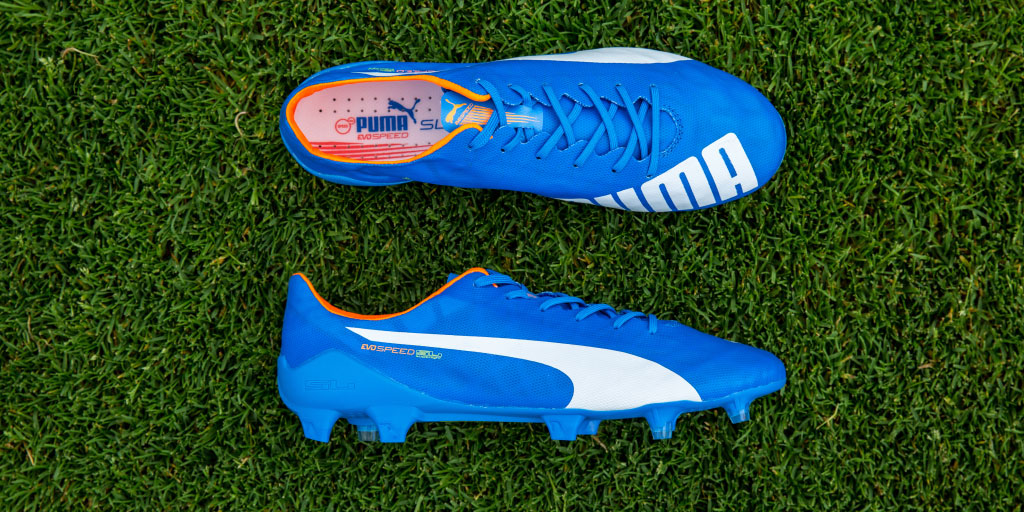 Earlier this week we revealed the new colours on the Puma Duality evoSPEED and evoPOWER, this SL uses the same colour palette but unlike the Duality boots, both boots are the same. 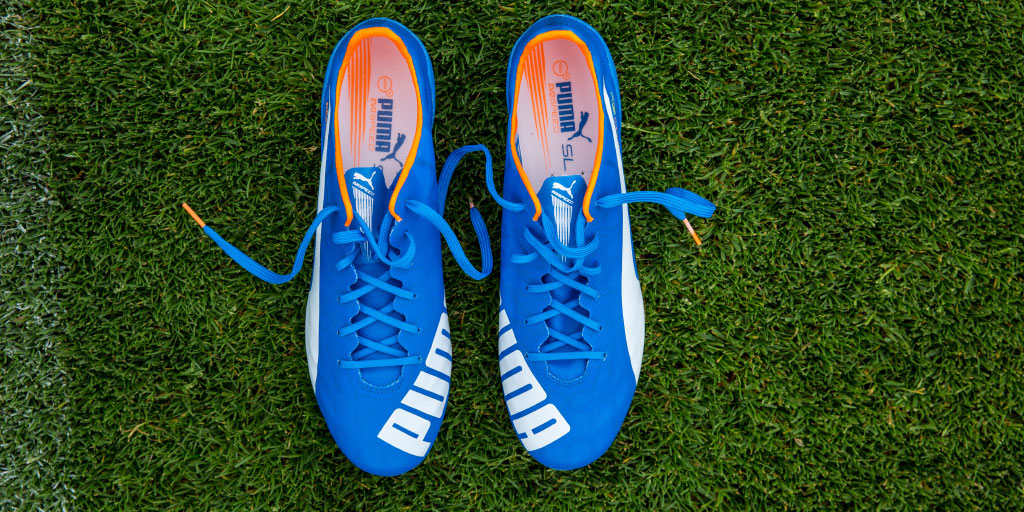 The blue and orange really do work well together and Puma will be delighted to know that they really do stand out on the pitch. 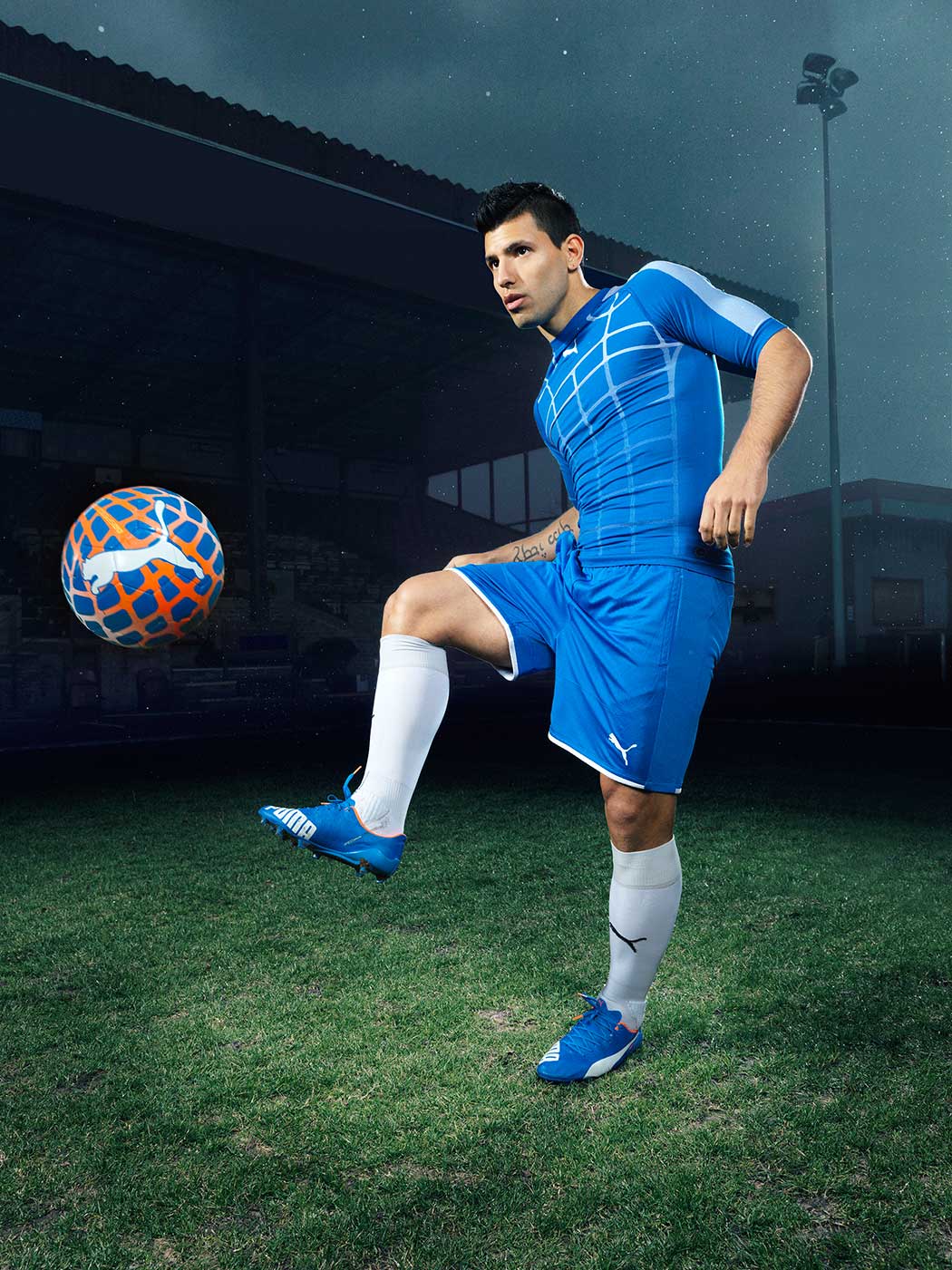 PUMA evoSPEED players not wearing the new blue and orange Head to Head Duality boots, will move into the new SL boots today. All other players will wear the duality boots for one more game before going into the new SL colourway from October 5 2015.

This is a truly fine specimen though and to be able to create a football boot that weighs around 100g is incredible. To put it into perspective, in 2006 the Nike Mercurial Vapor III was the first boot to drop below 200g.

Written By
Stan
More from Stan
Germany extend their kit deal with Adidas until 2022 and sign a...
Read More