It’s been a couple of months since we’ve broken out some new boots to review, but rest assured we’re kicking on again in fine style over the coming weeks!

Starting things back off, we’re reviewing a takedown boot in the Puma evoSPEED 3 – is it worth a look for anyone after a well-priced speed boot? Let’s take a look… 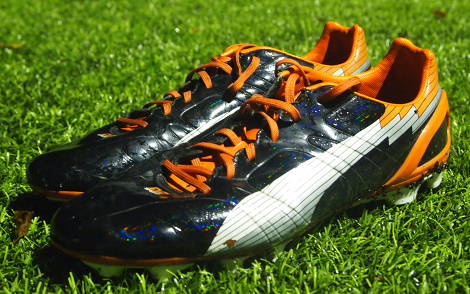 As speed boots have grown up, one feature that has become popular is switching to a single-layer upper for the absolute minimum weight.

That’s one thing that makes the evoSPEED 3 a little different to it’s contemporaries – one of my favourite features on this boot is the layer of low-friction mesh used to line the boot.

A little bit like the ventilation zones in the under-arms of football shirts, this material helps keep your feet nice and cool, whilst offering a little cushioning than your average speed boot.

The heel and ankle are both perfectly formed, offering little to no abrasion in those ‘hot-spots’ – but if you have to keep an eye out for anything, ot’s the sizing – which is a little on the big size. Go half a size down for a more secure fit. 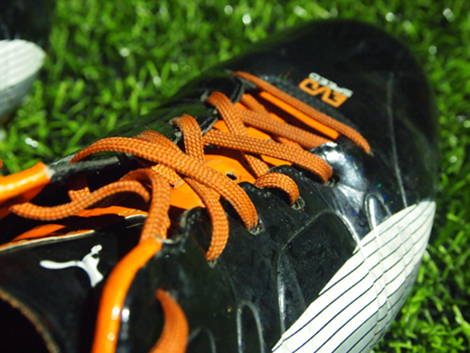 If I didn’t know any better, I’d say the Puma evoSPEED upper uses the exact same material as the old, synthetic v1.11.

That classic, almost-jelly-like quality to the upper offers a very distinctive feel in your hands, and a very cushioned touch on the ball for a frictionless synthetic.

Even on wet, slippery pitches, I never felt my touch let me down – and the paper-thin tongue gives plenty of feel when striking and volleying. 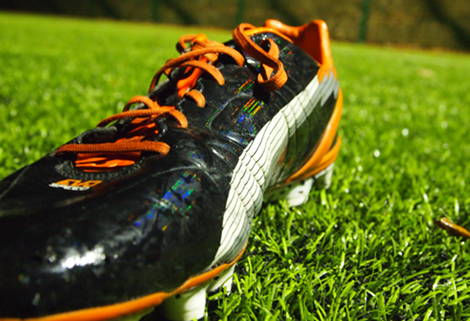 Going for the Black / Silver / Team Orange has a lot to factor in my decision, here. Whilst the evoSPEED line has turned up some great colourways (White / Red / Limoges, for example) there have been a few, ahem, misses in that department, too.

Black and Orange work well together when used in balance, and that’s exactly what Puma have done here – offsetting it nicely on a sensibly designed boot, with little in the way of frills and a nice take on the Puma Formstripe.

The Puma evoSPEED 3 loses a point, however, for it’s unusual holographic sheen. I know it’s something that’s on a lot of boots at the moment, but – in my opinion – it just looks kind of cheap. 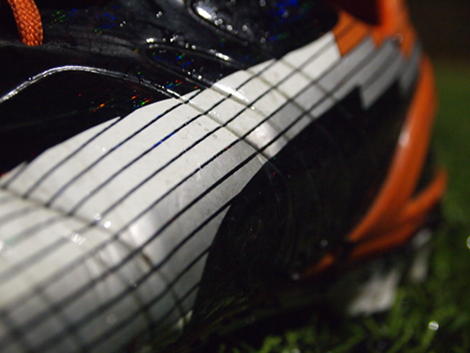 As a synthetic boot, the Puma evoSPEED 3 is easy to get looking back to something close to it’s best. The upper is practically wipe clean and seems to be resistant to a scrapes, tackles and studs.

It’s in the details, though, that the evoSPEED 3 lets itself down a little bit. The Formstripe applique on the inside and outside of the boot has already begun to wear away in areas susceptible to contact with the ball and ground, whilst the TPU on the heel counter and soleplate scuff very easily – and that’s highly-noticeable on the orange areas. 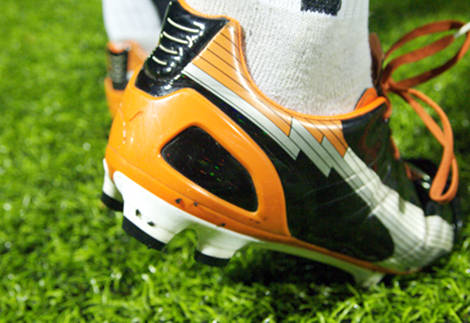 As I’ve said in previous reviews, you can only score a boot on what it sets out to do (i.e., there’s no point scolding a ‘power’ boot for not being as light as a ‘speed’ boot) and the evoSPEED 3 is a solid performer.

The thin tongue is great for connecting with the ball, whilst the heel counter at the back is a solid addition to the design, keeping things firm under foot.

Speaking of under-foot, the FG soleplate is exceptional – designed with a unique set of channels at the front of the boot, the bottom of the evoSPEED  3 flexes effortlessly with your feet, making them a great performer on firm and artificial ground.

The main reason the evoSPEED 3 is denied a perfect score is the weight. Whilst you’d expect a takedown model to be a little heavier than it’s more expensive stablemate, my Puma evoSPEED 3’s were a whopping 287g per boot – well over 100g heavier than their cousins. 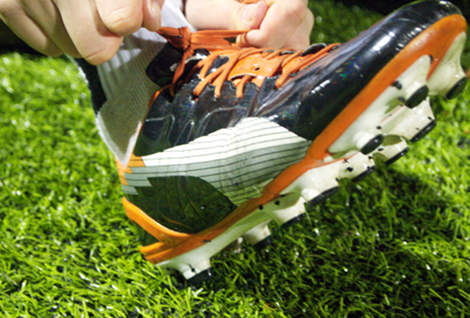 As the first mid-tier boot I’ve invested in for a little while, I was surprised to find the evoSPEED 3 carried a £95 RRP. At first I thought Puma were putting these in a higher price bracket than the competition, I soon found the evoSPEED 3 sat nicely in between with F30 adiZero (£90) and the £100 Mercurial Miracle.

Given the average price for most top-tier boots is now around £150, sadly, I’d have to declare that the evoSPEED 3 is pretty much in firmly in the average range for a mid-tier boot. 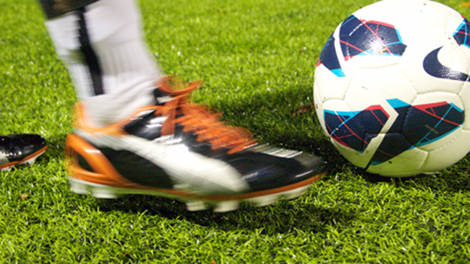 Whilst the weight will leave speed-junkies feeling unsatisfied, the evoSPEED 3 is a solid all-around boot, which – combined with the pricetag –  might be it’s main problem.

For £95, speed players will find lighter boots – like the Umbro GT Pro or Under Armour Hydrastrike II to satisfy their need for extraneous velocity. Likewise, it’s hard to recommend the evoSPEED 3 based on it’s other merits when there are so many other boots (Umbro Speciali, Mizuno Supersonic Wave and Puma’s own King Finale) which have that top-tier boot prestige for the same price.

I really enjoyed playing in the Puma evoSPEED 3 – hence the high score – but it’s a tough sell in such a competitive market.

Written By
Kyle Elliot
More from Kyle Elliot
Taking you deeper into the adiPower launch than anyone else, we bring...
Read More