After causing all sorts of discussion at the World Cup with their Tricks boots for the tournament, PUMA are looking to hit the new season hard with the launch of the new PUMA evoSPEED 1.3.

With a new kit deal with Arsenal now in full effect and a reinvigorated roster of players to pick from, the PUMA evoSPEED 1.3 kicks off the ‘Forever Faster’ campaign for the German brand, that will set the pace for the rest of the season,

Looking at the tech-specs of these new football boots, the PUMA evoSPEED 1.3 continues the evoSPEED legacy of evolution over revolution, with some especially exciting tweaks to the tried-and-true evoSPEED design.

Starting at the top, the redefined Monolayer upper once again makes for a leather-like feel with all the waterproofing and weight benefits of a synthetic, whilst a reformulated GripTex finish adds more effective control in wet weather. 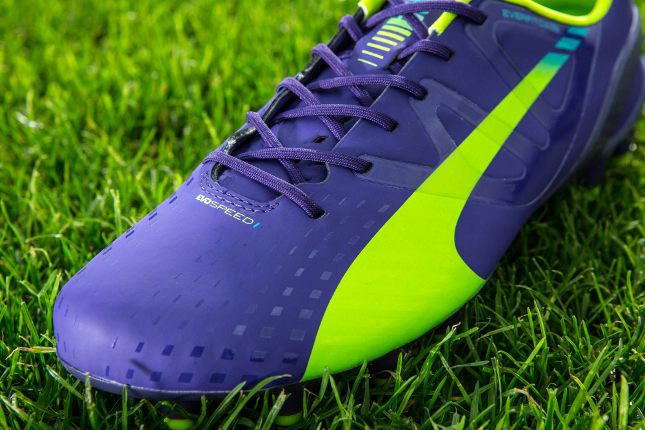 One of the most noticeable changes on the PUMA evoSPEED 1.3 is the relocation of the everFIT cage. Usually on the inside of the boot, the evoSPEED 1.3 changes it to the outside of the cleat.

This new design allows the everFIT cage to work more effectively with the lacing system to lock the midfoot and heel into the boot, for reduce energy loss from foot-to-studs; which means better traction, control and acceleration to you and me. 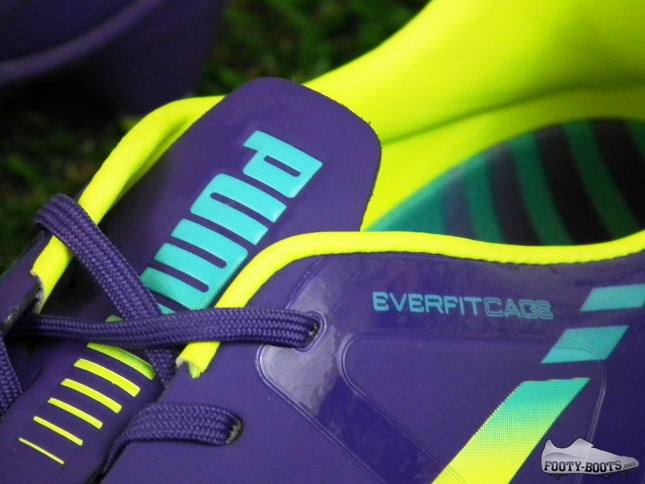 Unlike many boots in it’s class, the PUMA evoSPEED 1.3 brings an external heel counter along for the ride, meaning a little more stability and protection for your standing foot.

Stability is a key part of the evoSPEED philosophy, as reflected in the SprredTrack system in the soleplate.

A shank of TPU runs heel-to-midfoot, again, improving stability in this less-flexible part of the foot and boosting energy return for proper form.

Once again, the PUMA DuoFlex system returns for the evoSPEED 1.3, giving players comfortable traction that adjusts with the mechanics of the food, without compromising on grip. 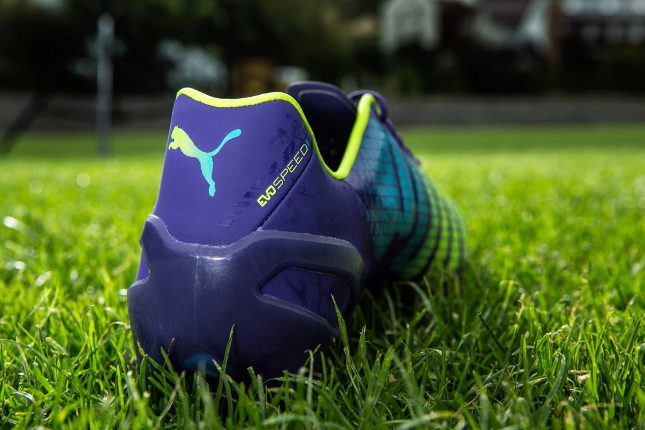 The boot also offers up a bold new aesthetic on the instep, too; after oping for a giant wordmark on the 1.2, the 1.3 features a similarly large wordmark, but made up of smaller PUMA logos inside it. Brand-ception.

A steady update for the start of the new season, expect to see the PUMA evoSPEED 1.3 on the feet of Sergio Aguero, Radamel Falcao, Marco Reus, Olivier Giroud, Santi Cazorla and more in the new season.

We want to hear your view in the comments below.

Written By
Kyle Elliot
More from Kyle Elliot
Roma star Juan Iturbe takes to Instagram to give us a sneak-peek...
Read More