In a partnership now five years old, PUMA are once again marking Breast Cancer Awareness Month in October with a series of Pink releases, including the PUMA evoSPEED 1.3 – Project Pink Edition.

A major supporter of Women’s soccer in the US, PUMA have used their partnerships in the game to create ‘Project Pink’: every October, the brand has decked out kits, balls and – of course – football boots in Pink to help bring attention to the cause, and 2014 is no different. 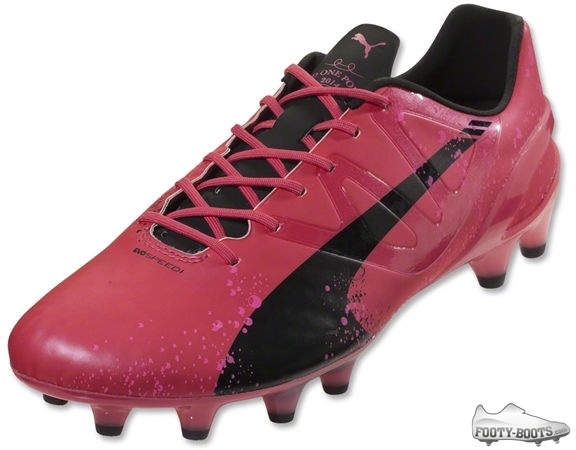 The stunning PUMA evoSPEED 1.3 – Project Pink Edition is this season’s marquee release and will see a limited-run retail launch of 500 pairs, with all proceeds going to Breast Cancer charities.

PUMA call the main shade used on this evoSPEED 1.3 ‘Cam Pink’ – with a rich, metallic sheen a nice contrast to the Black Trim and branding.

There’s a lighter pink ‘spatter’ that runs through the whole boot for a distinctive, graphic look.

PUMA have even outfitted the tongue with a stylish ‘EVOSPEED ONE POINT THREE 2014’ graphic that offers a nice contrast to the spray-paint pink spatters.

After a seemingly endless run of limited edition releases over the Summer, we might normally be a little jaded of them by now. 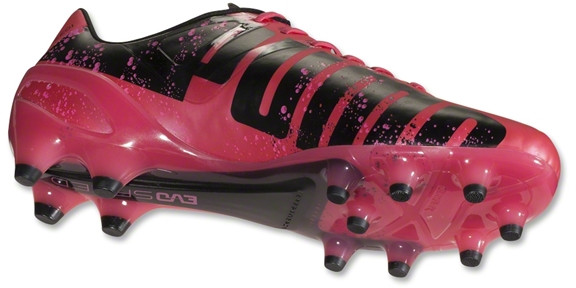 But as PUMA have come up with a great-looking pair of football boots that serve a worthy cause, we can’t help but give them a pass on these.