PUMA are back on their limited edition game with the announcement of the PUMA evoSPEED 1.3 F947 – a limited edition release designed to honour their partnership with Ferrari.

PUMA’s are no strangers to putting their motorsport partners front and centre on some very memorable limited edition football boots, having collaborated with BMW M3, Ducati and, of course, a particularly sought-after Ferrari cross on boots in the past.

This time out, PUMA are paying homage to the anniversary of their 10-year deal with Ferrari Motorsport with the PUMA evoSPEED 1.3 F947: a limited run of – you guessed  it – 947 pairs of football boots. 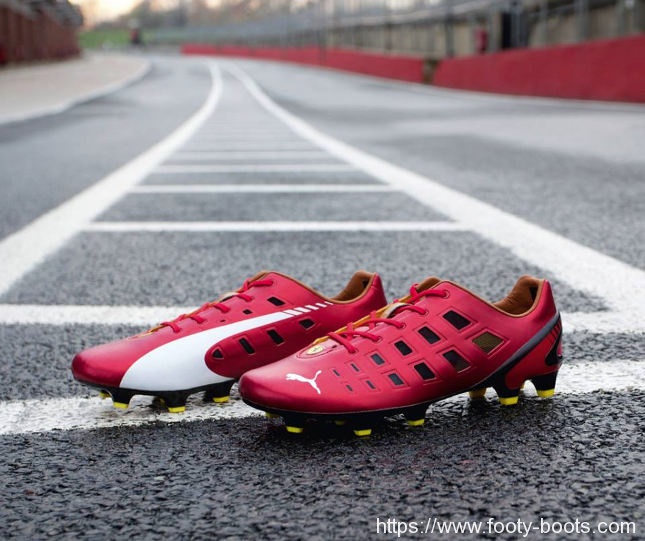 The numerical designation also refers to the founding year of Ferrari (1947) and the boot itself is fittingly designed to use racing car style technologies to make the boot as light and fast as possible.

The upper is perforated, with panels of the boot’s signature microfibre material stripped out and replaced with mesh, to make the boot flexible and super slim.

A deeper-than-usual lacing system allows for a swooping tongue down the centre of the boot, capped with the famous Prancing Horse in the middle of the design, with PUMA’s branding minimalised for a stylish aesthetic. 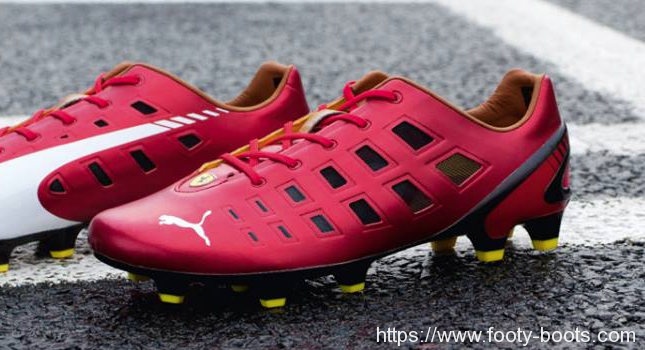 You might notice that the sockliner of the boot is a sumptuous brown leather; this is to mimic the same material used on the seats of Ferrari’s supercars, and adds an extra level of premium luxury to this hugely limited release.

Written By
Kyle Elliot
More from Kyle Elliot
Get ready to weep into your wallet as we count down the...
Read More