The Africa Cup of Nations is well underway, and PUMA are celebrating the start of tournament in style with a rather special football boot; the PUMA evoSPEED 1.3 Africa.

With just 1,666 pairs made (a reference to the founding of the Royal House of the intended hosts for the tournament, Morocco) this limited edition release from PUMA has plenty going for it in the looks department. 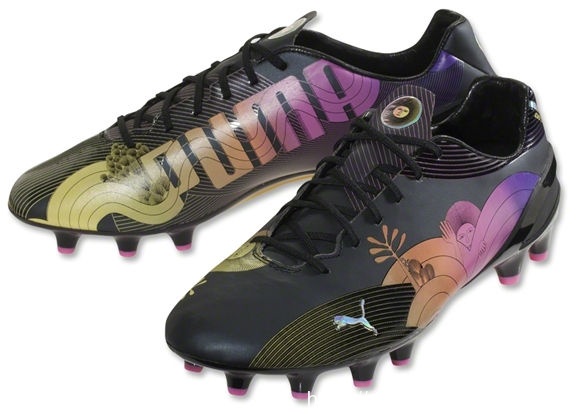 PUMA have minimised their own branding on the shoe to allow colourful graphics inspired by African art to take over.

A key theme across all of the PUMA evoSPEED 1.3 Africa is is the sun, which adorns the tongue and heel in a very stylised manner. 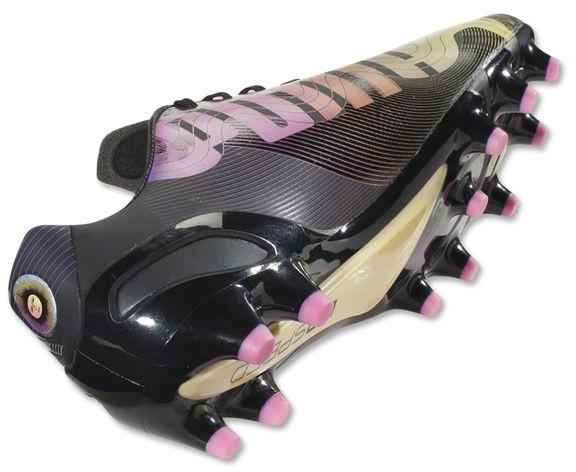 Speaking of stylised, the instep of the boot depicts the hills and an African sunrise in a similar fashion, making these football boots a real feature piece.

The colours purple, orange, and yellow – again inspired by the rising sun – don’t so much ‘pop’ off of the all black upper as much as they seem to glow, giving the PUMA evoSPEED 1.3 Africa a vibe like few other football boots out there.

Whilst no players are officially slated to wear this release during the tournament, we’ve no doubt that with so many PUMA-sponsored teams and athletes on the African continent at least one pair will grace the turf in Equatorial Guinea. 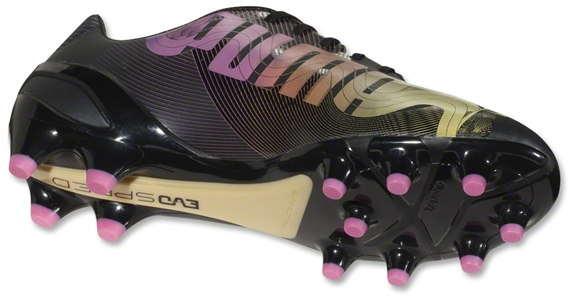 Available to buy from selected stockists – including the US Footy-Boots.com store – the PUMA evoSPEED 1.3 Africa is available for $249.99.

Thoughts on this special release?