Boots boasting an increase in shot power might have fallen out of fashion, but Puma are looking to rejuvenate the concept on the all-new Puma evoPOWER.

Absolutely bursting at the seams with great ideas that are sure to get long-range-screamer junkies drooling, the Puma evoPOWER might take the tech crown as one of the most innovative boots we’ve seen in the last twelve months.

As counter-intuitive as it might sound, the Puma evoPOWER has taken inspiration from the natural anatomic power of a bare foot.

Well, studies show that a bare foot generates a more powerful kick than a booted foot through non-' restricted flexibility. However, players experience a loss of control and accuracy over the ball' due to the natural contours of the foot.

evoPOWER features the Gradual Stability Frame (GSF)' which is an innovative spine in the sole plate that allows the boot to bend both ways, enabling' the boot's movement to be as close as possible to the biomechanics of the bare foot and' replicate its natural power.

This is further enhanced through the Adap-Lite special upper that' only stretches vertically. Control and accuracy are improved through AccuFoam insert located' on the upper which, upon impact, creates a smooth and flat kicking surface.

Puma are going all-out on the new evoPOWER, hosting a huge launch event in Barcelona (Footy-Boots will be attending, so get on Twitter and Instagram and see what we get up to!), not to mention that the new cleat' will be worn' on pitch by Cesc FÄ‚ bregas, Marco Reus, Mario Balotelli, Yaya Tour', Nemanja Vidi„€ˇ, Dante and' many others. 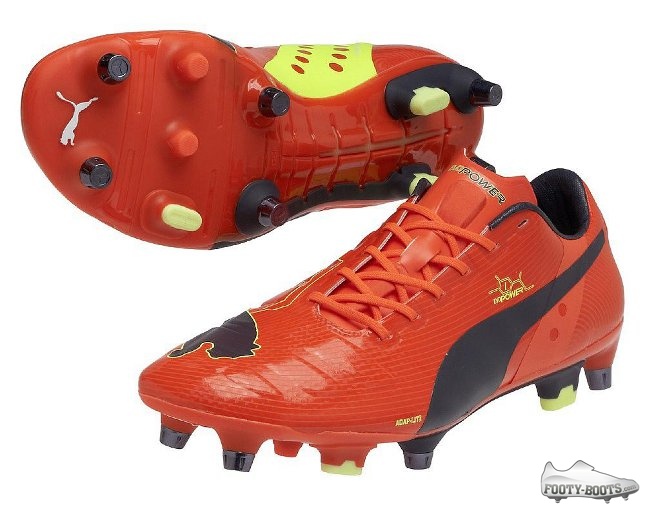 Throughout the boot's development, PUMA worked with independent experts to test and prove' the power and accuracy of the evoPOWER boot. PUMA players Cesc FÄ‚ bregas and Marco Reus' also tested the boot, providing important feedback.

Cesc FÄ‚ bregas said, Ĺ›Taking inspiration for a football boot from an actual foot sounds like the' most obvious thing in the world, but in all the time I've spent in football, it's the first time I've' heard of this being done. When you try on these new boots, they are actually quite different' to what we have worn before. They are so much more flexible; the way they bend with the' natural shape of your foot really helps you to shoot harder.ĹĄ 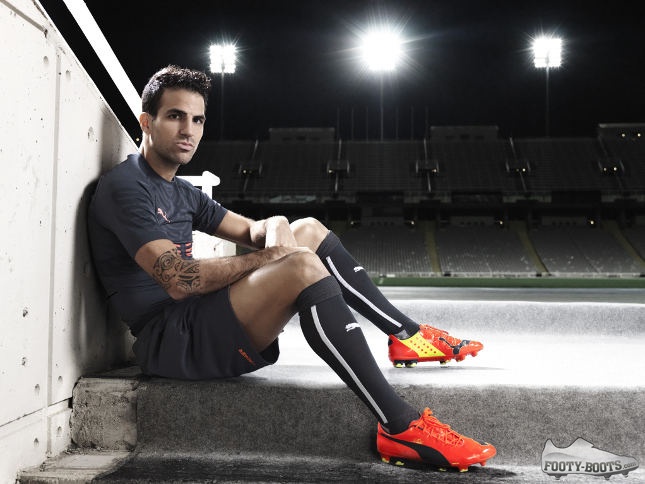 Marco Reus commented, Ĺ›Shooting from distance is a key part of my game, in open play and' free kicks. Having a boot that maximises power in these instances is necessary to help you' capitalize on these moments, and this evoPOWER boot gives me a lot of confidence. I like the' thought behind it and have tested it a lot. You can feel a genuine difference ” so much so, it' actually surprised me. This is a very exciting new boot PUMA have created.ĹĄ

Mario Balotelli added, Ĺ›I'm new to the PUMA family, and the football boots they produce were' one of the reasons for me signing the deal. The evoPOWER boot impressed me from the first' day I tried it in training, I hadn't really seen a boot like it before. What PUMA say about it is' true, the flexibility helps create a better contact with the ball and generate really good shooting' power.ĹĄ 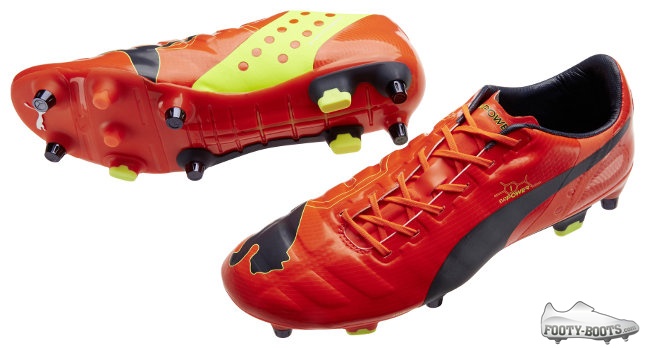 The evoPOWER boot and the full range of evoPOWER accessories and apparel launch in-store' on February 1st, 2014.