The new generation ‘power boot’ from Puma has been revamped with a load of upgrades from the previous edition. So let’s get stuck in… 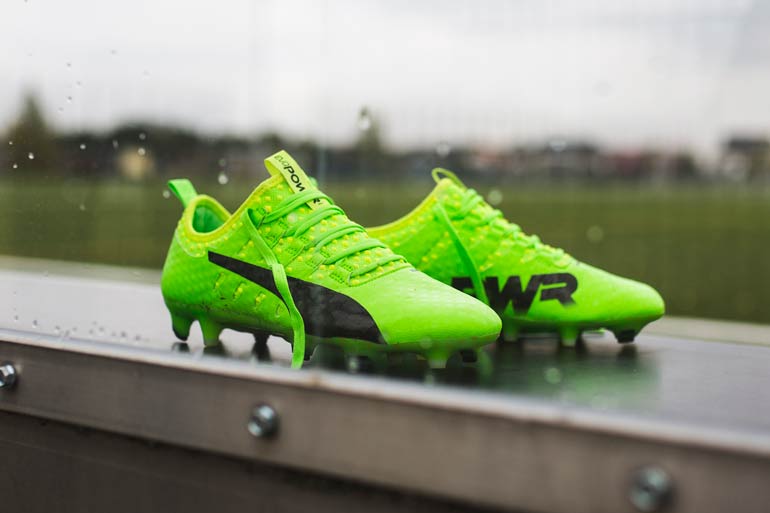 The launch colourway of the new evoPOWER Vigor 1 is a bold statement. Puma, never ones to shy away from bold creations, have introduced the Vigor 1 in an allover Gecko Green finished off with Safety Yellow and PUMA Black detailing.

The bold look is complete with a Puma Black Formstripe and evoPower branding on the tongue and medial side of the boot. 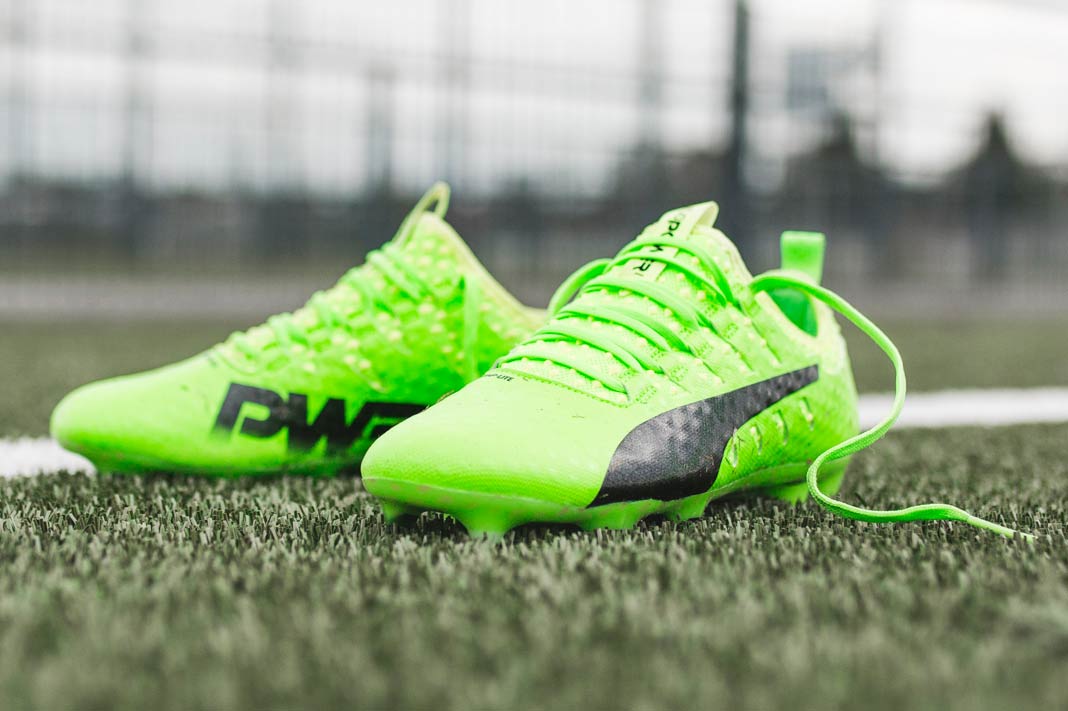 For the first time on an evoPower, the Vigor 1 features a low cut stretchable Spandex sock construction. The introduction of the sock lining compliments the AccuFoam upper technology which features a new engineered 3D format. 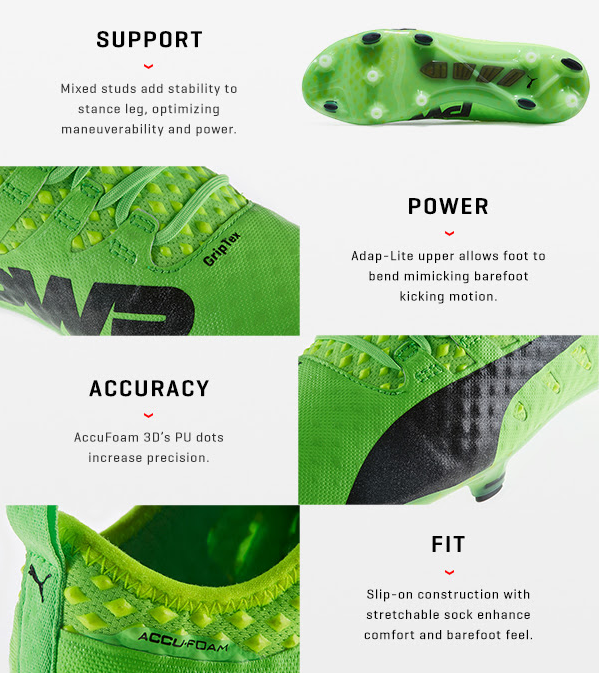 The PU foam dots regulate the uneven surface when the foot comes into contact with the ball, which maximises precision when striking the ball powerfully a useful trait for a power boot. 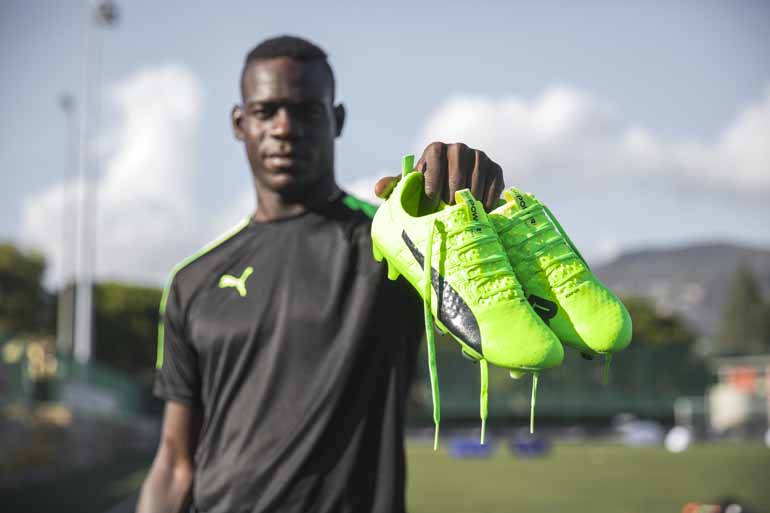 The upper is completed with Puma’s Adap-Lite material further enhanced with a new support cage that allows the foot to bend. The one-way stretchable microfibre upper material supports the biomechanics of the foot while striking the ball barefoot, maximising both power and precision. This combined with GripTex, a Puma technology applied to the upper of the boot, helps create enhanced grip and ball control. 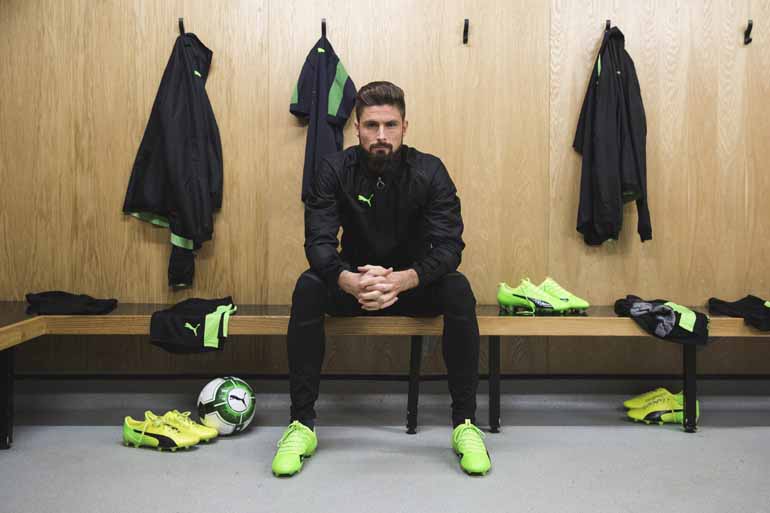 The evoPOWER Vigor 1 outsole remains unchanged, featuring a mix of bladed and conical studs. The outsole construction is based on Puma’s research into how force travels on the standing and kicking legs, the boot features bladed studs that ensure perfect ground penetration and stability, especially on stance leg, and conical studs for optimal agility.

PUMA have today revealed their next generation POWER boot, the evoPOWER Vigor 1. With power and accuracy at the heart of its design the revolutionary boot will be worn this season by PUMA’s POWER players Olivier Giroud, Mario Balotelli and more. The evoPOWER Vigor 1 is now available at www.puma.com

Written By
Michael D
More from Michael D
The final Weekend Review of the season is here, and we're still...
Read More