Whenever Puma announce they’ve got a new ‘Graphic’ release on the horizon, you know you’re in for a good time – and the new Puma evoPOWER Graffiti is certainly one of the most fun-looking football boots we’ve seen in a little while!

Officially designated as Red/Yellow/Dubry/Salmon/B Buton, those colours alone don’t do justice to the sheer patch-work craziness going on with the upper of this update to Puma’s popular ‘power’ focused boot. 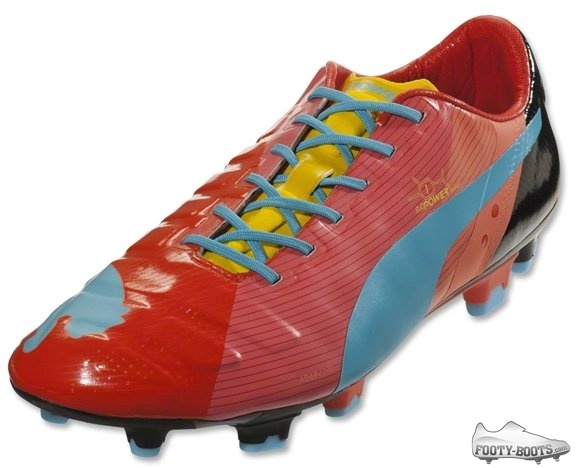 Given that the World Cup is still rumbling on, its no surprise to hear that the Puma evoPOWER Graffiti shares a connection to Brazil.

Puma say the daring colourscheme is inspired by the country’s coolourful culture and graffiti, particularly around the Favelas that skirt major cities.

Tucked under that cushioned heel section is the motto “Que emocionante uma partida de futebol” – in English that means “How exciting is a football match”, with the boots reflecting the on-field excitement in their own unique colourway.

You’ll also notice the sockliner boasts a nifty print of favelas imposed over stripes to match the colours on the outside of the boot, creating a little bit of fun artwork on the inside of the Puma evoPOWER Graffiti, too. 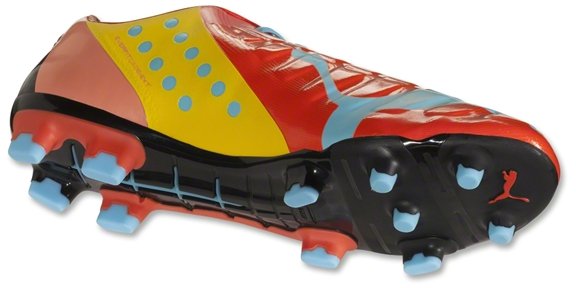 Fans of these football boots will also be pleased to hear that this limited-release colourway will also ship with a matching drawstring bag to tote their new cleats around in.

As far as free bags go, this one’s worth a mention as it also boasts the same rainbow colours captured in the ‘Que emocionante uma partida de futebol’ motto. 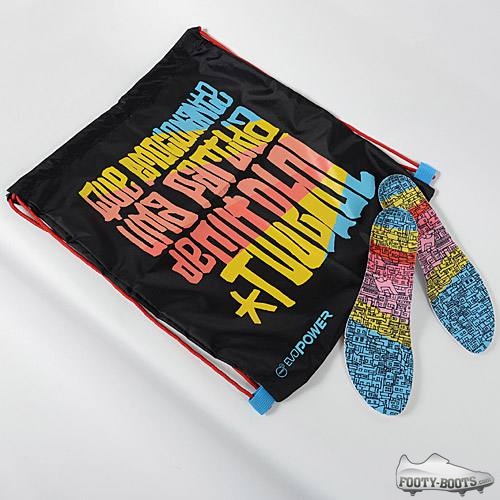 Launching at selected retailers as o today, give us your thoughts on the Puma evoPOWER Graffiti in the comments or boot-o-meter, below!

Puma evoPOWER Graffiti Edition Launches, 8.0 out of 10 based on 11 ratings https://www.footy-boots.com/wp-content/uploads/2014/07/puma-evopower-graffiti.jpg

Written By
Kyle Elliot
More from Kyle Elliot
After stealing the limelight from Gary Neville at his own testimonial last...
Read More