With brands looking to make their mark on the new season nice and early, the new tide of bright new colourways and black-out releases is hard to avoid. So, an all-white offering like the PUMA evoPOWER 1L – White / Pool Green is like a layer of freshly fallen snow; both calming and beauteous in it’s purity. 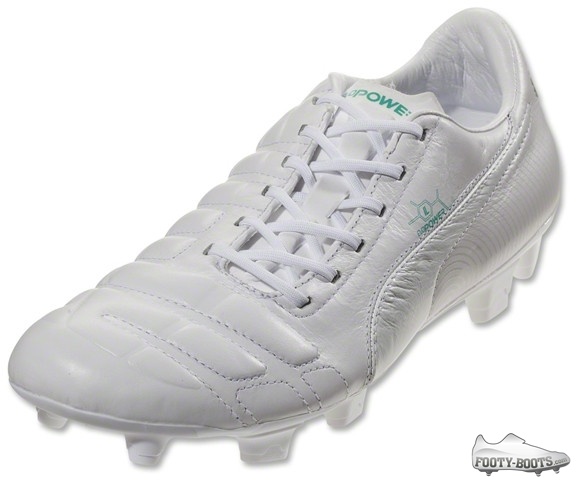 Scratching a very specific itch amongst players, the PUMA evoPOWER 1L is a curious release. Much of the point of the evoPOWER line is the stretch afforded to players by the synthetic evoPOWER’s upper, alowing for optimum ball contact.

However, leather does tend to have it’s own level of natural stretch, albeit more likely to over-stretch than the adapLITE material of the standard release.

That said, a few players have already taken to the PUMA evoPOWER 1L – usually decked out in the standard release colourways – with Mario Balotelli and Tomas Rosicky just two of the headline players to opt for leather.

So, the boot must do something very well indeed in order to have such an impact with two internationals. 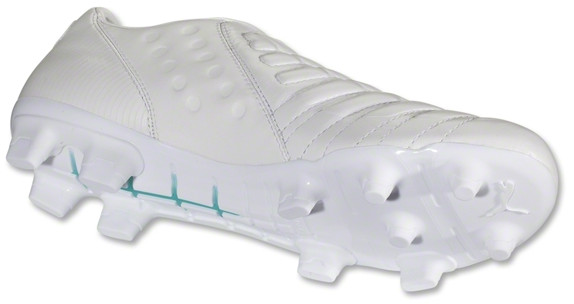 The fact that much of the PUMA evoPOWER’s tech outside of the upper remaining intact could have a good deal to do with it.

The leather version of PUMA’s power boots retain the Gradual Stability Frame – or GSF – for a specially designed level of flex that allows the boot to contour with the foot when striking the ball.

This piece of technology also helps make the PUMA evoPOWER incredibly responsive under-foot and as comfortable as any other boot on the market.

Available to order from today, the PUMA evoPOWER 1L – White / Pool Green is locked to certain retailers, so you might need to look a little harder than usual to find them if you’re after a pair.

Otherwise, let us know what you think on the Boot-o-meter or drop us a comment!

Written By
Kyle Elliot
More from Kyle Elliot
Warrior take their Liverpool kits in a bold new direction with their...
Read More