As the nights start to get a little bit longer and the gamedays a little colder here in Europe, PUMA have released an all-new colour way for the evoPOWER 1, which will be worn by the likes of Cesc Fabregas, Yaya Toure, Gigi Buffon and many more throughout the winter months, dubbed Pool Green / White / Grenadine / Turbulence. We’re gonna just stick with ‘Pool Green’, though.

Released at the start of the year, the PUMA evoPOWER already feels like an established part of the boot world and has rather rapidly become a firm favourite for certain types of players.

Favoured on the pitch from front to back, the evoPOWER 1 is a solid performer anywhere on the park, and has become one of our go-to recommendations for wide feet thanks to a number of features – Not least of which is the Adap-Lite Upper.

Now, to understand the Adap-Lite upper, you must first understand it’s MO: PUMA say that the human foot naturally strikes a ball hardest when barefoot: the notion being that the foot can flex into it’s natural position, allowing for greater surface area contact and thus more power. 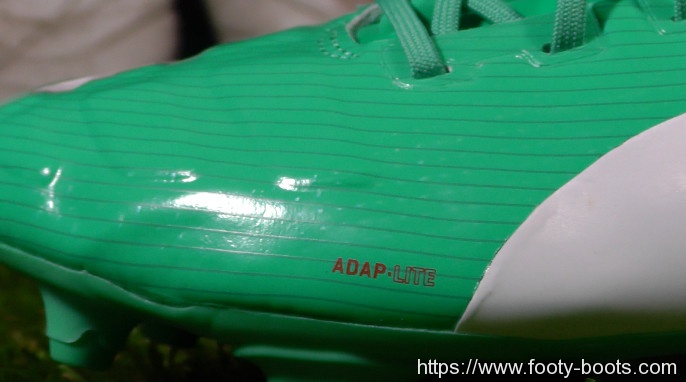 To allow the evoPOWER to mimic this, the Adap-Lite upper is created to allow a one-way stretch of the material. Rather than a lateral stretch, which might cause an inconsistent fit, this stretch longitudinal allowing the boot to stretch with the foot as it makes contact with the ball.

This bend works with the soleplate, which has a few tricks of it’s own. Outfitted with the Gradual Stability Frame, the boot acts like the human spine – giving maximum flex towards the top, whilst the larger segments prevent potential instabilities at the bottom. 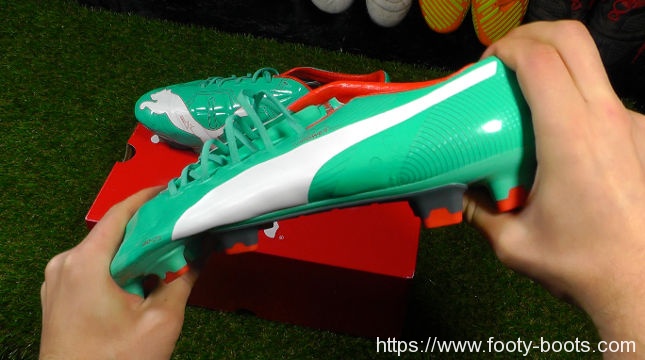 Helping this out are a handful of other pieces of proprietary tech; the first is a cushioned heel with a rubberised ‘crumple zone’, so as the angle of the foot changes it won’t be irritated by a heel counter that’s too firm in the wrong places.

A Everfit Cage EXT provides stabilisation, but it’s the ACCU-Foam pods built into the tongue upper that steal the show, cushioning ball contact and flattening against the bones and muscle of the foot for a more consistent striking zone. 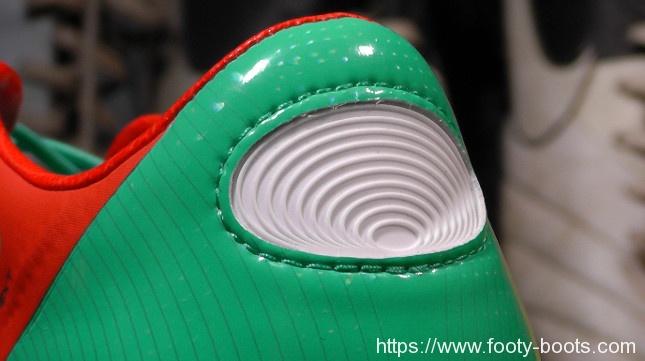 And whilst the evoPOWER’s tech might sound relatively high concept, what it should mean to most players is these football boots are exceptionally comfortable and great performers.

For all the hours of biomechanics research that has gone into the evoPOWER, you don’t need a PhD to realise why the AdapLite upper is being lauded as one of the best synthetics for football out there right now, with a super-thin profile proving excellent for ball contact. 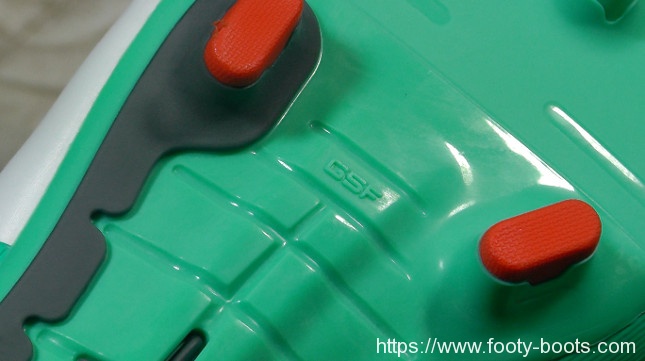 Likewise, the soleplate’s combination of conical and bladed studs mean that turns and twists are easy on the joints whilst the bladed studs on the heel and lateral side provide a stable base for striking.

Despite also including a grippy heel lining and super-padded sock liner, the PUMA evoPOWER 1 still only tips the scales at around 205g in a UK size 8.5 – a significant drop from other PUMA power boots in the past.

Written By
Kyle Elliot
More from Kyle Elliot
Your weekly dose of left-of-centre football analysis is back again! With the...
Read More