Since it’s launch in January, the PUMA evoPOWER range has become an essential part of the football boots marketplace. Hard to believe, then, that this is only the third ‘statement’ colurway for PUMA’s most powerful cleats (barring the leather versions, Graffiti and Arsenal LE’s and a secondary colourway).

Now, we’d be tempted to say perhaps PUMA are taking a ‘less-is-more’ approach, but – as you can see – the PUMA evoPOWER 1 – Fluo Yellow / Prism Violet is anything but ‘less’. 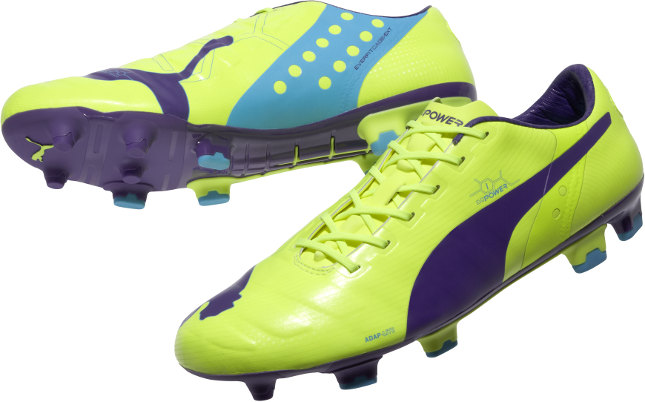 Not only will the colour of the evoPOWER be new this season, but the landscape of it’s lead athletes will have had a bit of a shake-up over the Summer, too. 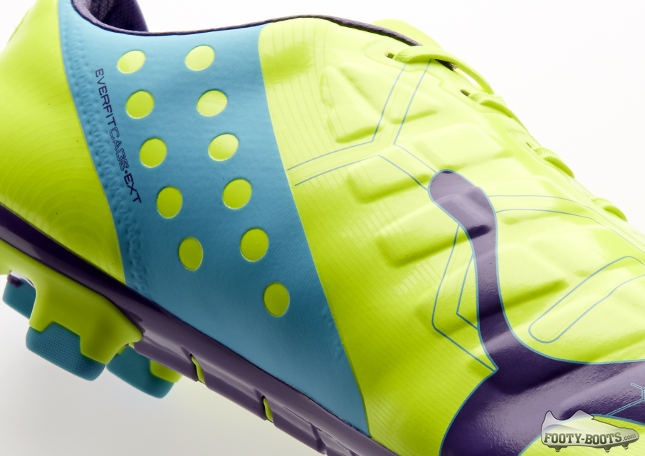 The big news for PUMA is that Cesc Fabregas will be back in these football boots in the Premier League for Chelsea – teaming up with fellow evoPOWER man Nemanja Matic at the heart of the Stamford Bridge midfield.

There’s a minor shake-up at new PUMA club Arsenal, too; Mathieu Flamini flirted with the evoPOWER at the very end of the season, and will join fellow Gunner Olivier Giroud in the new Fluo Yellow / Prism Violet colourway at the end of August. 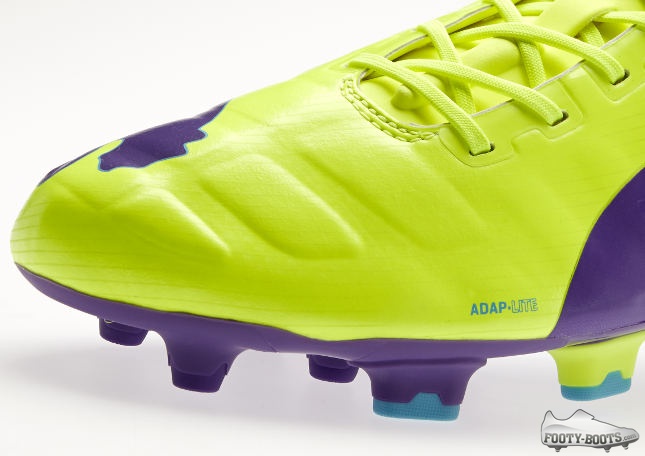 Of course, the players in the boot are one thing, but the tech behind them is quite another; the PUMA evoPOWER 1 is all about boosting the natural kicking power of the foot.

Without boots on, the human foot has full freedom to bend and maximise surface area contact for optimum power transfer to the ball. 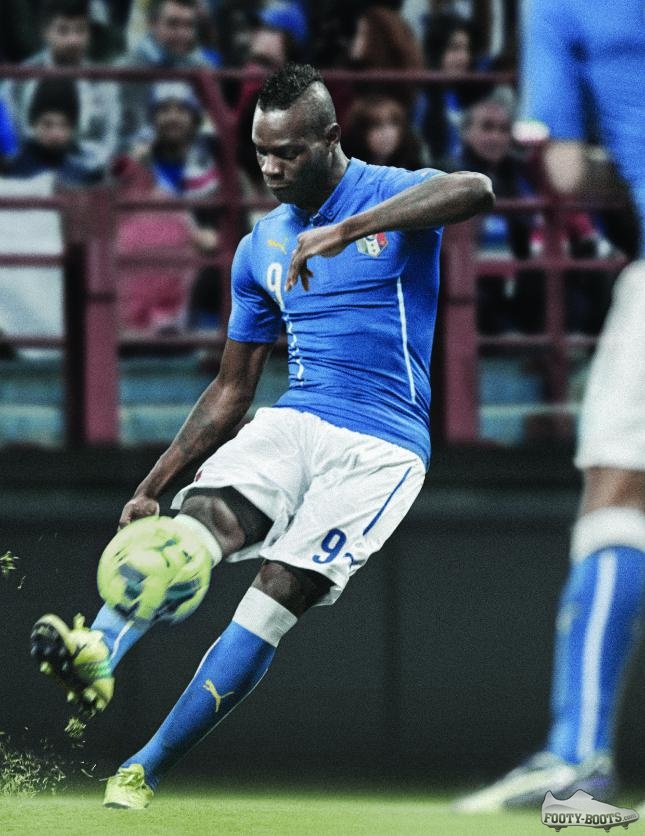 By using the Gradual Stability Frame outsole and a one-way stretch ‘Adap-Lite’ upper, PUMA allow the foot to bend as if it were barefoot for that same level of power, whilst the Accufoam and side-offset lacing tech on the upper optimse ball contact for accuracy.

What do you reckon to the PUMA evoPOWER 1 – Fluo Yellow / Prism Violet?

PUMA evoPOWER 1 – Fluo Yellow / Prism Violet, 7.8 out of 10 based on 14 ratings https://www.footy-boots.com/wp-content/uploads/2014/07/Puma-evoPOWER-fluo-yellow-prism-violet.jpg

Written By
Kyle Elliot
More from Kyle Elliot
Fresh from a Champions League Brace, El Nino talks us through his...
Read More