There’s a new evoPOWER 1.3 on the horizon, so in traditional style PUMA release the forerunner – the CAMO!

PUMA will be releasing the new evoPOWER 1.3 in January 2016, but they’ve given us all a taste of what to expect with the release of the boot in a CAMO colourway. 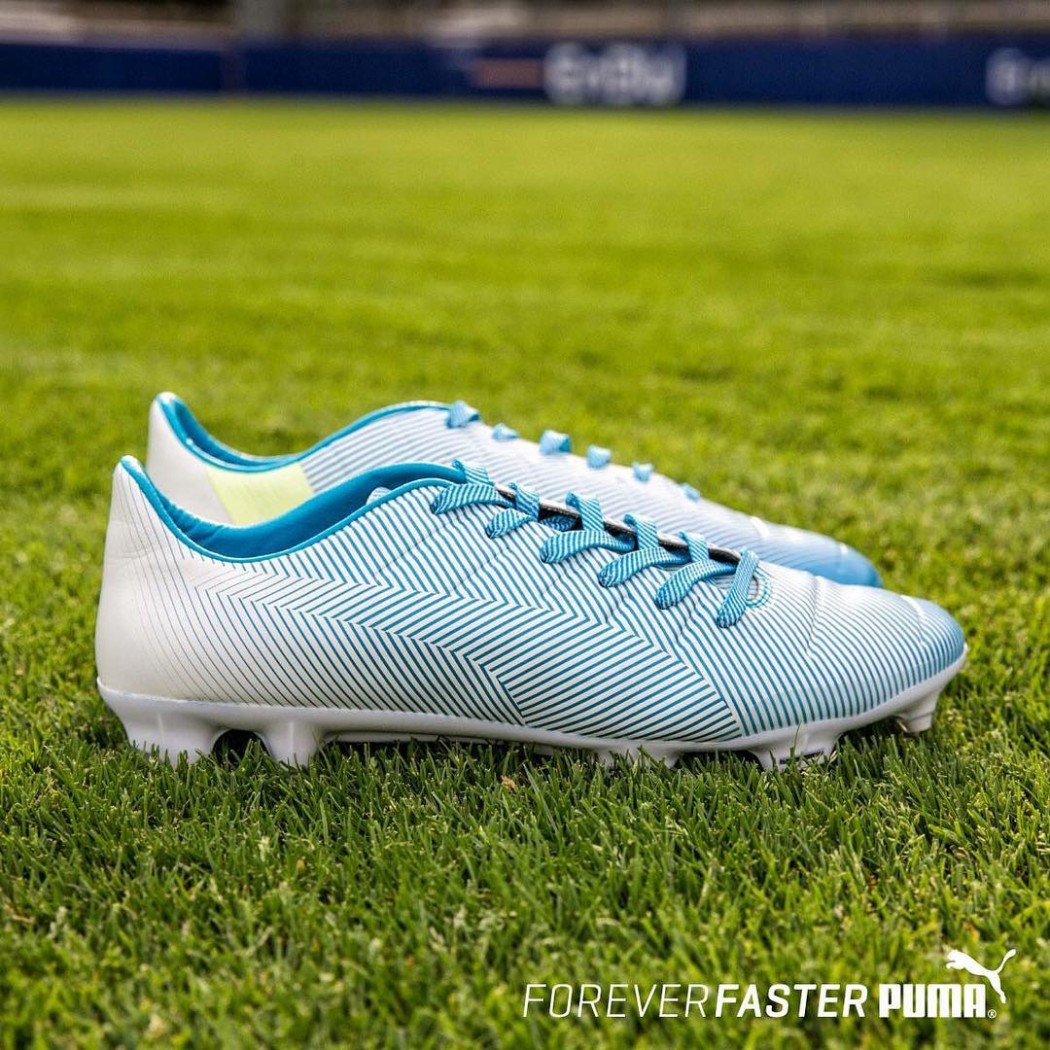 Officially, the evoPOWER 1.3 CAMO is a White / Atomic Blue / Safety Yellow colourway. This CAMO edition does a great job of hiding the new stand out features of the evoPOWER with the fine stripes only adjusted for the formstripe (branding) on the lateral outside of the shoe and the PUMA logo on the tongue. 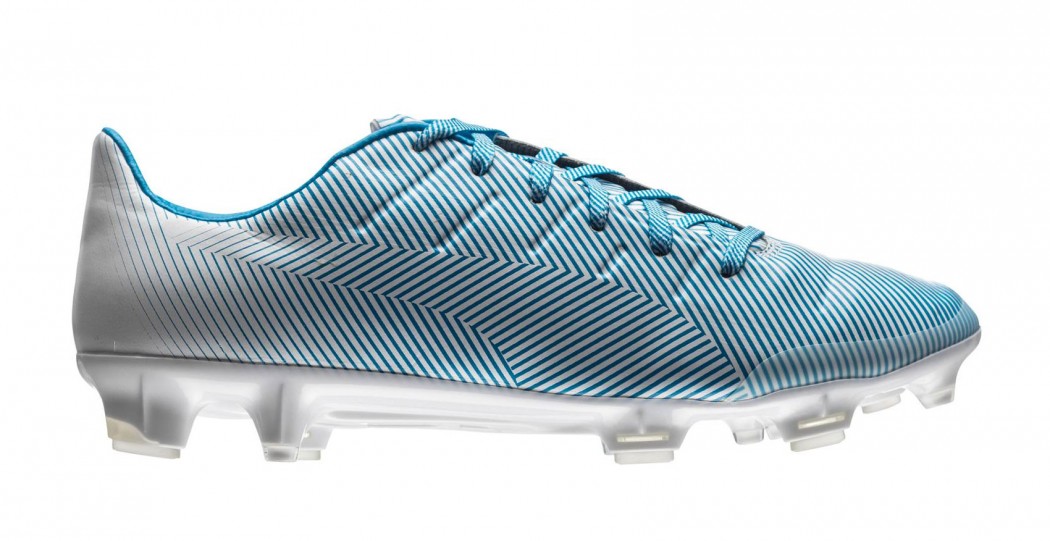 Onto the mechanics of the boot and what we can share with you, despite the new features being masked beneath the camouflaged skin, is that the evoPOWER 1.3 will be providing even more kicking power as there is now even more flexibility in the ‘new’ GSF (outsole.

There’s a new stud configuration too, with bladed and conical studs used to give more stability, manoeuvrability and greater ground penetration.

In the 1.2 evoPOWER, PUMA deployed a greater covering of AccuFoam pods in the upper, well that trend is set to continue. More AccuFoam in the new evoPOWER 1.3 means an even smoother and cleaner contact with the football. 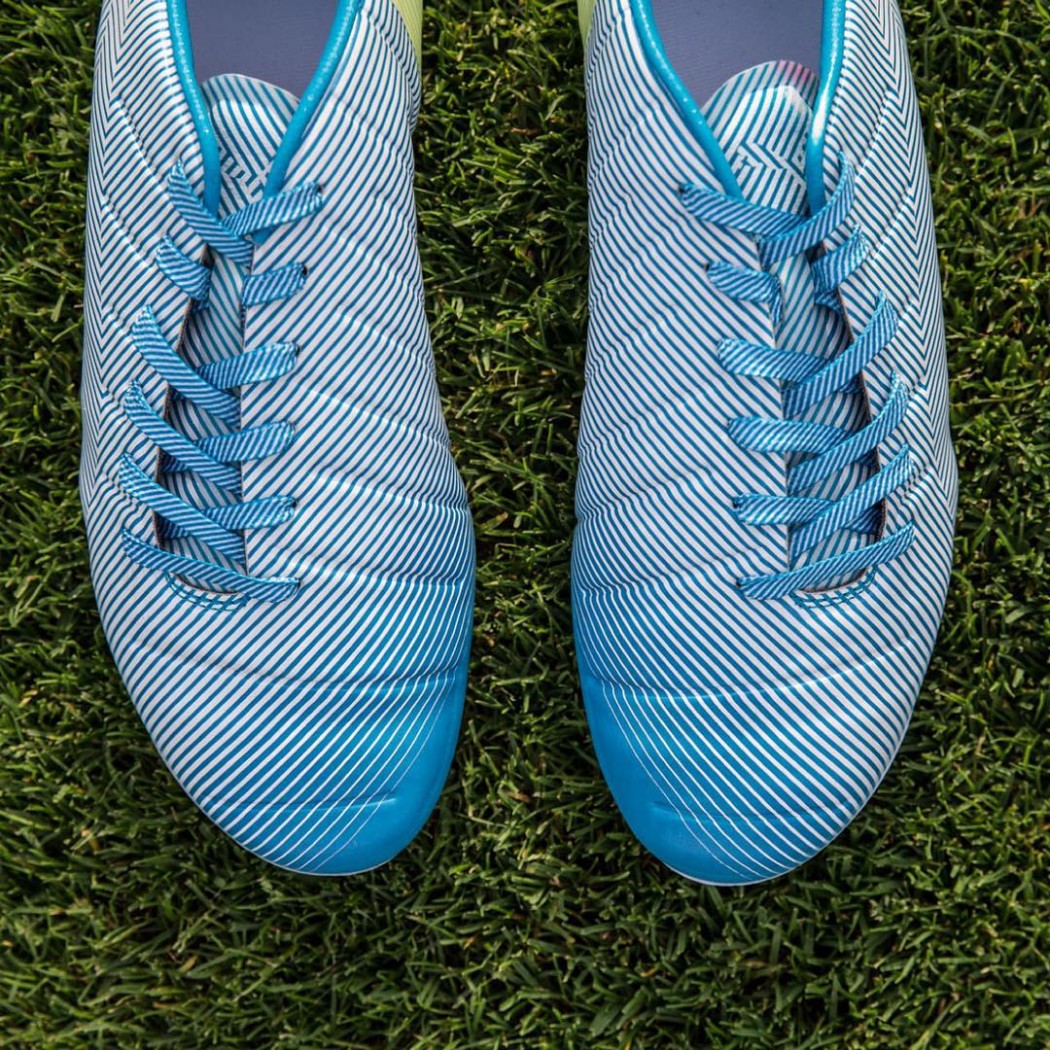 This third generation evoPOWER continues to mimic the barefoot motion of the foot with its one way stretch Adap-Lite material, allowing the boot and your foot to bend thanks to its pliable nature.

This is a great tease towards the full release of this boot in January, stay tuned!

Written By
Ramsay
More from Ramsay
The Republic of Ireland get a new change strip ahead of their...
Read More