As with every new entry into a range of football boots, fans of the last model want to know – which is the better boot?

So, with the launch of the evoPOWER 1.2 last week, we figured we’d take a look at how PUMA’s latest stacks up to it’s predecessor.

Starting with the aesthetics, it’s clear the design team at PUMA are feeling a little bit more confident in the identity they want to give the evoPOWER.

The first evoPOWER 1 was a clean-looking boot, for sure, but there were some design touches we weren’t all that fond of, such as the holographic finish on the upper.

Here on the 1.2, PUMA have gone for a more aggressive aesthetic, with the new Accufoam layout giving the design team an excuse to give the shoe a high-tech, futuristic look.

Sticking with that Adap-Lite upper, and PUMA have definitely made some changes in this department. 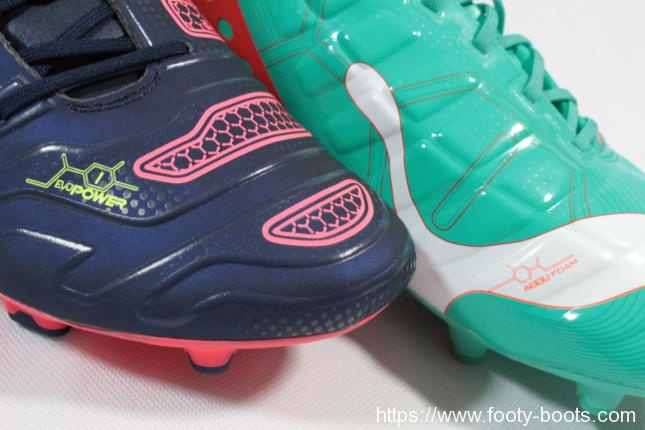 For starters, the upper on the first evoPOWER had a very smooth, jelly-life feel both in hand and on foot; the frictionless finish on the upper is compensated for rather nicely by how soft and supple the upper is.

Here on the 1.2, the Griptex finish on the shoe feels like it will give a much tackier, more traditional feel on the ball from the off, is still remarkably soft and stretchable – but is still marginally less workable and supple than it’s predecessor. 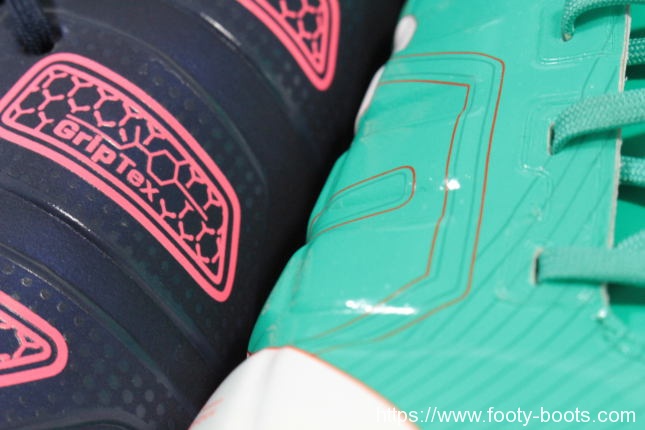 The Accufoam in the upper is also a lot less pronounced from the surface in the old model, whereas the 1.2 has a thinner layer, but there’s more of it.

Finally, on the top of the boot the heel on the evoPOWER 1.2 also undergoes a revamp, with the achilles’ protector rising a little higher up the back of the foot, and is also a little more rigid, with PUMA apparently engineering out the need for as soft of a crumple zone in the heel. 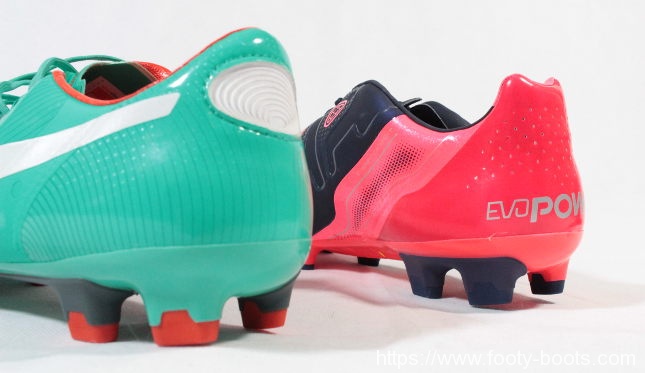 The outsole of both evoPOWERs is more or less the same, with the Gradual Stability Frame and traction plate

Despite these changes, both boots have the same level of flex and bend that PUMA say boosts shot power. 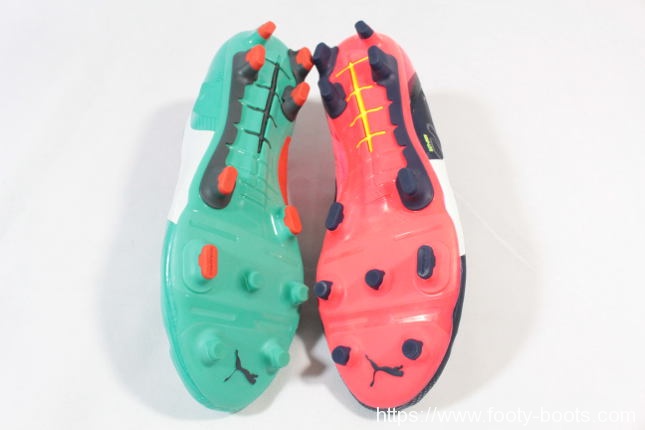 Putting both boots on makes it really easy to appreciate the differences between both shoes. Whilst both versions of the evoPOWER have a similar level of flex and bend in the soleplate, the upper on the first model is much forgiving, but on the 1.2 it feels vastly more supportive.

The distinct impression that we get is that PUMA have geared the evoPOWER 1.2 to be a more stable football boot – which is no small feat considering the whole upper still has to stretch downwards.

It’s also obvious that PUMA have worked to keep the fit the same, as both shoes have the same shape – meaning they’re still a great choice for wide footed players.

So, bottom line: The fit and comfort of the shoe remain the same, along with the outsole. But, the upper trades that smooth, jelly feeling finish for a grippier, more textured version that also brings in much more support and the feeling of lockdown.

Something we’ve missed? Drop us a comment and we’ll be sure to answer any questions you’d like to know on the differences between these two shoes.

Written By
Kyle Elliot
More from Kyle Elliot
It's a Brand Battle Royal in the last 8!
Read More