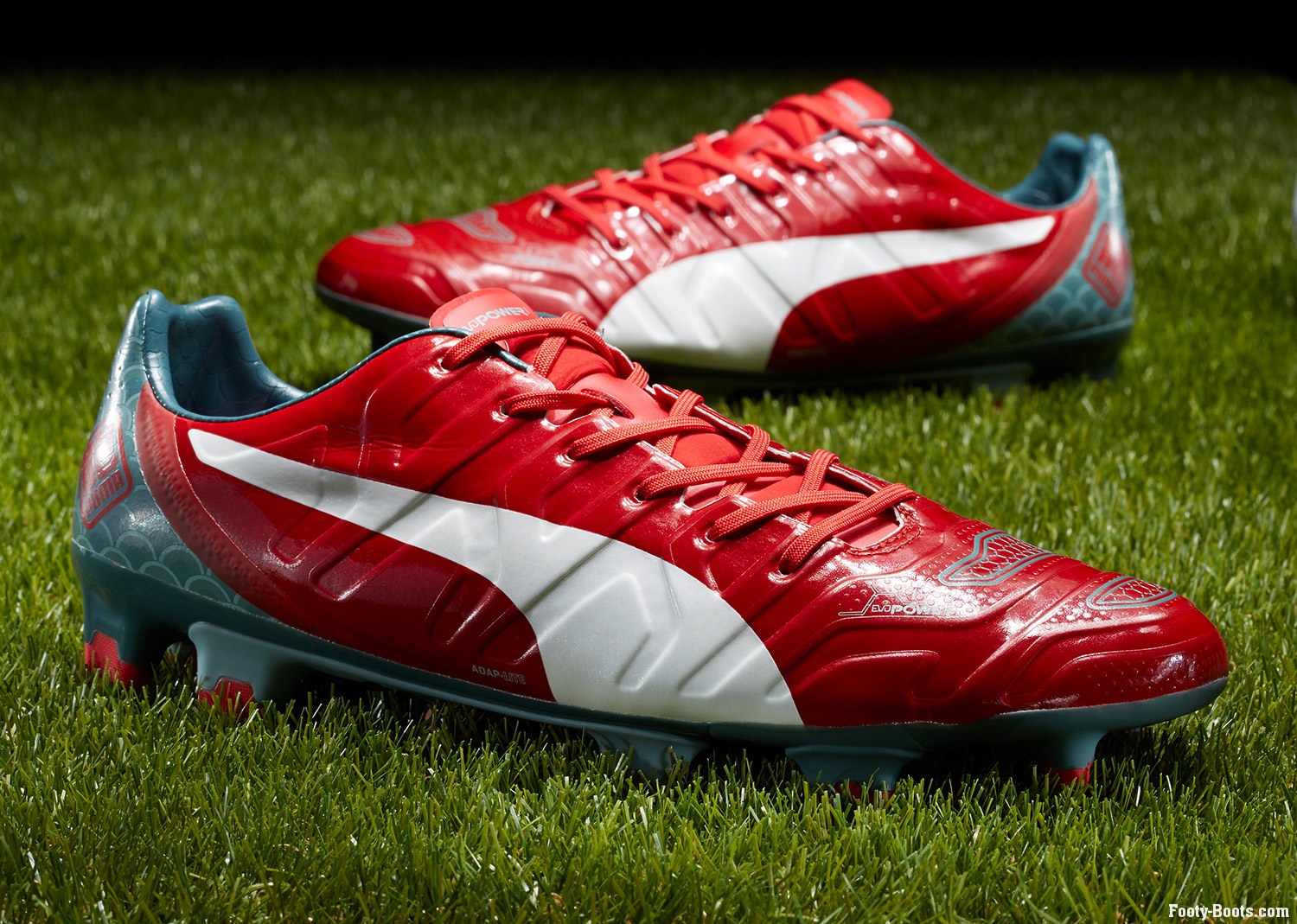 Puma prove they are in fine form right now with the launch of their evoPOWER 1.2 football boot in a colourway inspired by the Japanese Dragon.

Never ones to hold back with colourway designs, Puma’s evoPOWER 1.2 is no let down, with an official colourway stamp of High Risk Red, White and Sea Pine.

The reason for the Japanese dragon theme? It stems from the dragon being a traditional symbol for speed, power, wisdom and agility – attributes the evoPOWER likes to be associated with. 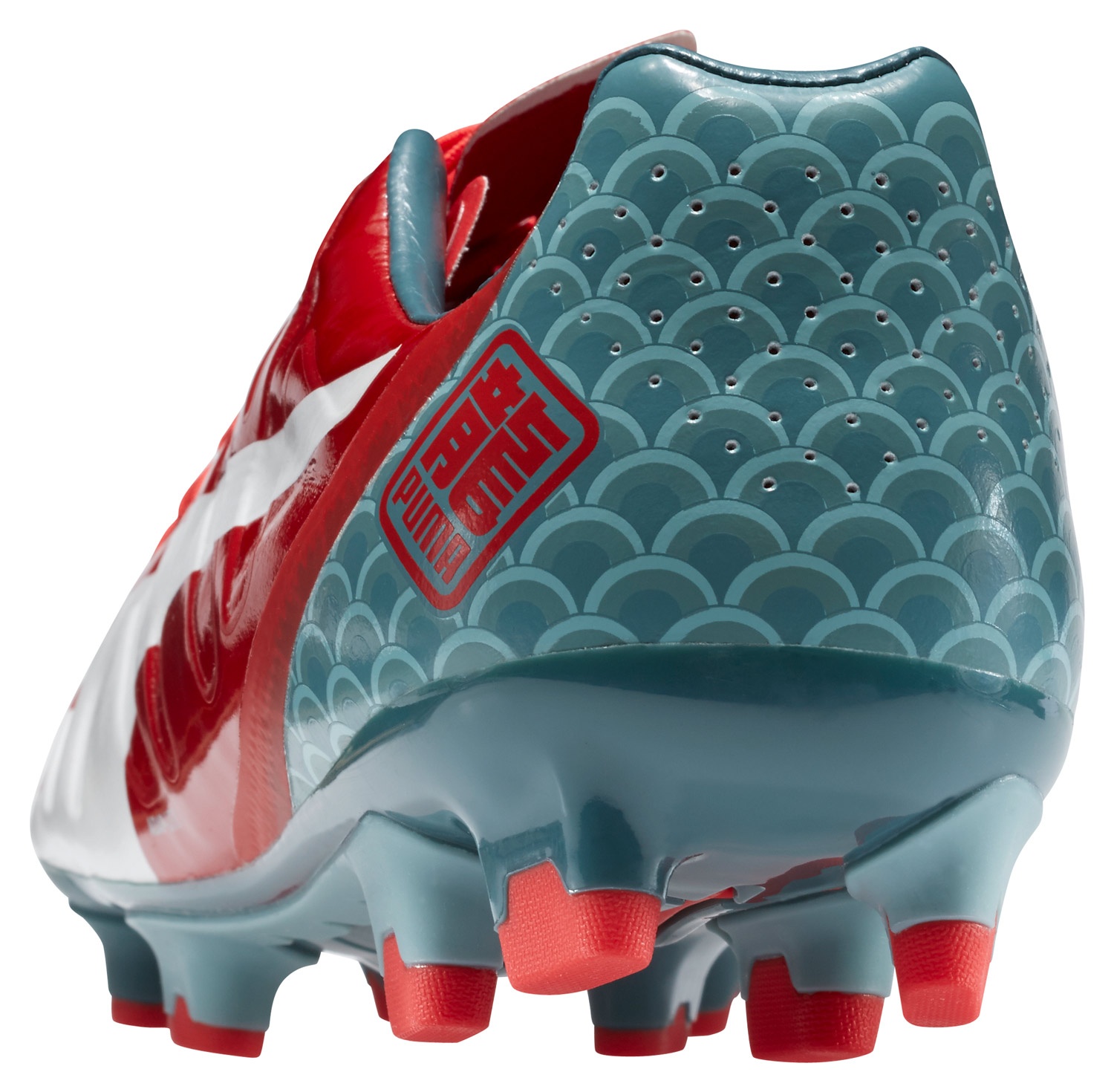 The ‘Sea Pine’ dragon skin graphic print on the heel counter and the dragon skin like Griptex, further connects with the theme. 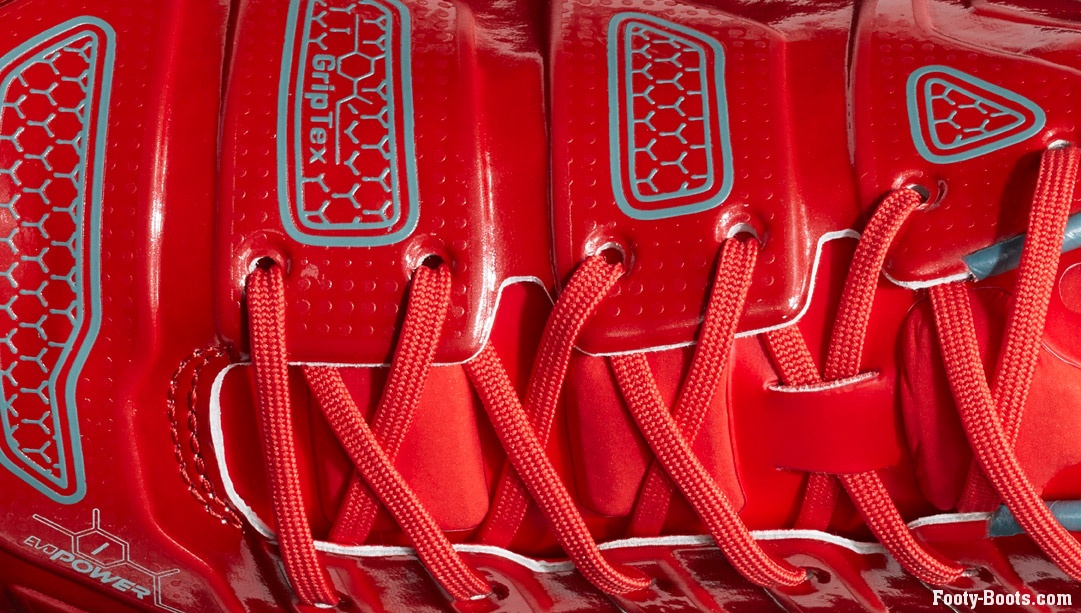 However you choose to describe this football boot, there’s no getting away from the fact that this is one attractive shoe!

Need a recap on what we think about this boot? check out our evoPOWER 1.2 review.

As a brief reminder the PUMA evoPOWER tech is inspired by the amount of power a barefoot can generate when striking a ball.

By encouraging the foot to bend as much as it wants – rather than limiting it with stiff materials – the PUMA evoPOWER can increase surface contact with the ball and improve power transfer.

Cesc Fabregas will be the first to wear the boot on pitch when Chelsea face Manchester United this Saturday evening.

After the weekend, the boot will also be worn by Olivier Giroud, Mario Balotelli, Dante and many other international football players.

Also released is a training collection, shin pads and balls.